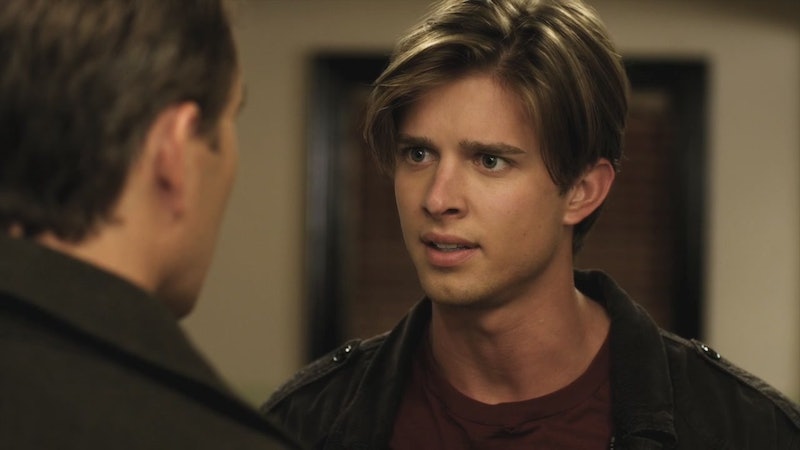 Despite, or maybe because of, all their secrets, Pretty Little Liars fans have to love the DiLaurentis family. I think we can all agree that Charles DiLaurentis is the most shady character of them all, but not too behind him is Charles' (maybe) twin brother. Jason has lurked in the background since Season 1, but there's often been a gap between the things we think we know about him and what we actually know. Jason has a history of drug and alcohol abuse, which has put him in and out of rehab and caused him to mysteriously leave Rosewood on multiple occasions. Jason can't remember very much about the night that his sister disappeared and thinks it's because of his drug use, but what if that's not the reason for his lapse in memory? What if Charles drugged Jason "that night"?

We still don't know for sure if it was Charles who tried to kill (or maybe, just kidnap?) Ali that night in Rosewood, but it seems pretty likely that he's the culprit. After all, it seems like he took Sara Harvey days later, possibly because he couldn't kidnap Ali and needed a "replacement." There were so many witnesses that night who saw Jason and probably didn't care if he saw them as well, but if Charles was there, he definitely would've tried to avoid any attention — especially from Jason. Could he have taken matters into his own hands to ensure that wouldn't happen?

If Charles and Jason really are twins — or at the very least, spent considerable time together in their childhoods, as depicted in the home video — then Jason is the last person Charles would want to run into when he tried to carry out his ultimate plan. If Charles did stalk Jason and the rest of the DiLaurentis family, which seems pretty clear, considering his obsession with Ali, then Charles might have known that Jason struggled with alcohol and drug issues. He could have easily slipped something into Jason's drink, knowing that he would assume he blacked out.

We know that A has access to not-exactly-legal meds and, as evidenced by everything that went down in the dollhouse, he can knock someone out cold whenever he wants. Could Jason's mind have been scrambled by Charles so that A could carry out his plan without a hitch? It's looking more and more like Big A is to blame for Jason's memory loss that tragic night.