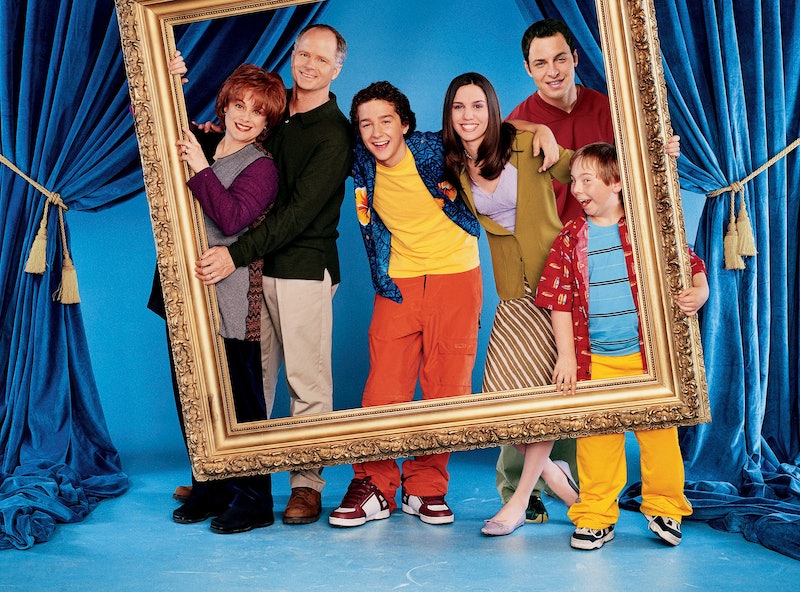 There's so much more to Even Stevens than Shia Labeouf. Sure the Disney Channel series, which celebrates the 15th anniversary of its premiere this year, launched the strange, confusing actor we all know (and sometimes can't stand) today, but Even Stevens was a hilarious, sweet show ahead of its time about family and the ups and downs of having siblings. Plus it also introduced to the world Alan Twitty and you can't put a price on that amazing gift. For those who were unfortunate enough to never watch this awesome show, it followed the Stevens family who living in California and mainly focused on the love/hate relationship between older sister Ren Stevens (played by Kim Possible herself Christy Carlson Romano) and Louis Stevens (Labeouf in his breakout role). The siblings also had an older brother, Donnie Stevens, as well as parents Steven Stevens (yup, super creative) and Eileen. With three siblings of extremely different personalities, it was easy to pick a favorite among the bunch. But what does your favorite Even Stevens' sibling say about you?

It's so much more than picking the one closest to your age, that's for sure. Picking Ren doesn't necessarily mean you're the middle child, and same goes for Louis as the youngest and Donnie as the oldest (though it does play some part). Each sibling was miles away from the other in terms of personality. And while those differences caused a lot of disagreements at times, it's also what brought them together in many ways. So what does it mean when someone says Donnie, Ren or Louis is their favorite Stevens' sibling?

Donnie may not be the brightest bulb in the box, but he's quite the pioneer in many ways. I mean the man basically created the selfie as evidenced when he gave his sister a framed selfie (of himself) for her birthday. Donnie was athletic, funny, good looking and loved his family, even if he wasn't always great at showing it. So if Donnie is your favorite Stevens then maybe you like the simpler things in life. Complicated problems are not your worry, but you do care about your health, looks, and fitness. And there's nothing wrong with that.

You know what you want and you'll do whatever you can to get it. You're definitely a Type-A personality but you're also extremely caring and protective of your loved ones. You have trouble getting along with people who takes things too casually or not seriously enough, which is partially because you take things too seriously and partially because you wish sometimes you had more of an ease. Sometimes you can be too intense, but overall you're an awesome person.

You're crazy, you love to have fun and you most definitely know how to entertain a crowd. You're the jokester, and you love to give your loved ones a hard time. But they definitely know how much you love them because you'd never purposefully hurt them. Louis is a total sweetheart even though he can be a pain in the butt. Like Louis you might be a little obnoxious at times, but that doesn't always have to be a bad thing. Sometimes an over-the-top, slightly obnoxious, silly person is exactly what people need in their lives to enjoy life and appreciate the happy moments. Basically you're a joy.