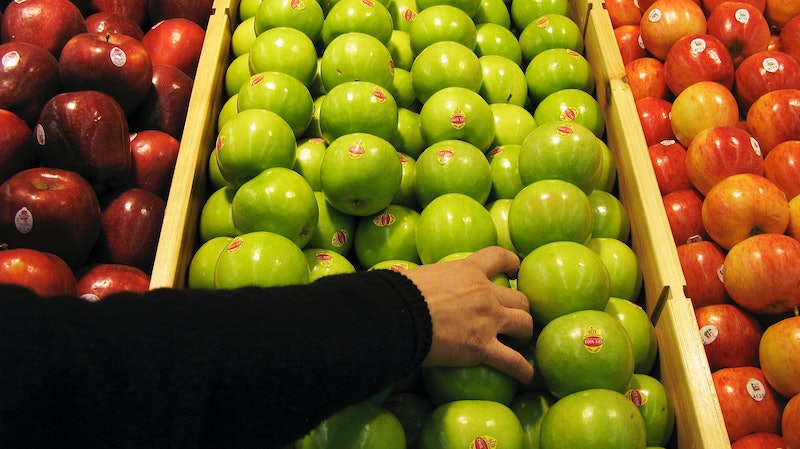 Next month, I have to move out of my awesome loft in my favorite part of town because my roommate and I can't afford the rent increase, and let me tell you something: it sucks. Gentrification isn't exactly news, though... unless you're Jesse's Deli, the bodega that responded to a rent increase with "artisanal prices," because come on, that's pretty hilarious. I mean, who wouldn't pay $4.99 for "5-Hour Slow Roasted Energy," or $15.99 for an "Artisanal Roach Bomb?" Gentrified roaches deserve gentrified pest control.According to BuzzFeed News, Jesse's Deli has been located in Brooklyn's Boerum Hill neighborhood since 1983, but the bodega's rent was more than doubled this year, from $4,000 to $10,000 a month. “That's impossible to pay," Mohamad Itayim told BuzzFeed News, later adding that he will be forced to move locations by July 31st. In order to afford the new rent, Itayim announced that the deli was "gentrifying" its prices. It is now the place for Bushwick baked vegan cat food (only six dollars!!), skateboarder-delivered grilled cheese sandwiches, and anything else a hipster could possibly imagine.

The (genius) campaign has taken off on social media, with residents featuring the "deals" on Twitter and Instagram under the hashtag #jessespricedout.

In an email response to the campaign to save the bodega, landlord Karina Bilger claims she offered the bodega a lease with much lower rent two years ago, but the family turned down the offer. She told DNAInfo that she plans on putting the space back up for rent, and she will be "sensitive to the needs of [the] wonderful community" when choosing a new occupant.

Not everyone has given up hope yet, however. A local petition to save the deli has received more than 1,200 signatures, and resident Jill Harris wrote in an email that "there might still be a way" to change Bilger's mind, namely by reminding the landlord of the deli's ties to the community. "It’s all about who they have been to us as a family," Harris wrote.

Unfortunately, all the local support doesn't help Jesse's Deli make rent, and Itayim "[doesn't] think there's any hope" for a negotiated lease. However, he told BuzzFeed that he expects to find another location in a less pricey neighborhood. In the meantime, if you're in need of a seasonal AA battery medley (aren't we all?), you know exactly where to look.