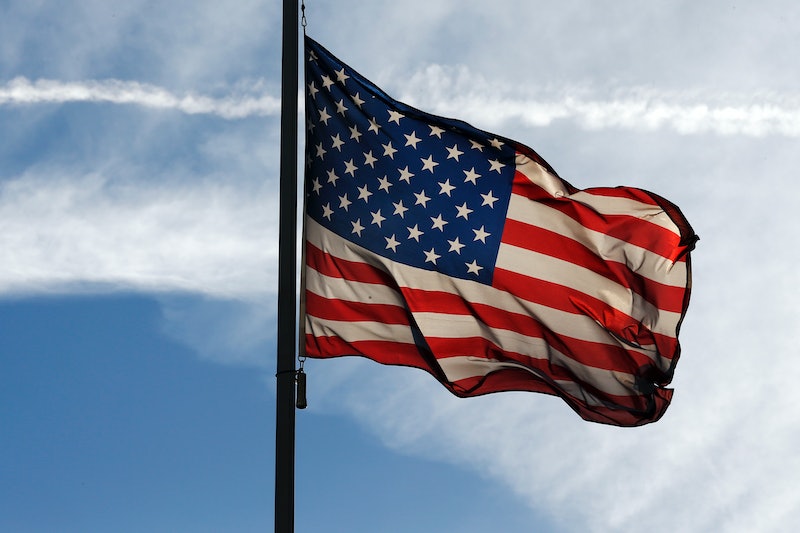 You may have noticed on your calendar that June 14 is officially Flag Day. Though Flag Day may not be quite as well-known or widely celebrated as the Fourth of July or other patriotic holidays, it does mark an important day in history. It is the celebration of the birthday of the Stars and Stripes, which was adopted as the official flag of the United States on this day in 1777. To honor the occasion, we’re rounding up some of the best patriotic Flag Day quotes about our country, and the flag that has come to symbolize our nation.

After all, what better way to pay homage to our nation’s symbol, the American flag, than to reflect on its history with some truly inspiring statements from the country’s leaders, both past and present? These 10 quotes will have you feeling patriotic in no time — perfect for celebrating all things red, white, and blue. From statements by Theodore Roosevelt to musings by President Barack Obama, these quotes sum up everything the flag has come to represent. So take a few minutes out of your day to browse, and remember what we are commemorating today. Happy Flag Day!

1. "We identify the flag with almost everything we hold dear on earth, peace, security, liberty, our family, our friends, our home... But when we look at our flag and behold it emblazoned with all our rights we must remember that it is equally a symbol of our duties. Every glory that we associate with it is the result of duty done.” — Calvin Coolidge

2. “Patriotism is supporting your country all the time and your government when it deserves it.” — Mark Twain

4. “The things that the flag stands for were created by the experiences of a great people. Everything that it stands for was written by their lives. The flag is the embodiment, not of sentiment, but of history.” — Woodrow Wilson

5. “In the face of impossible odds, people who love this country can change it.” — Barack Obama

7. "Patriotism is not short, frenzied outbursts of emotion, but the tranquil and steady dedication of a lifetime."— Adlai Stevenson

8. "A thoughtful mind, when it sees a nation's flag, sees not the flag only, but the nation itself; and whatever may be its symbols, its insignia, he reads chiefly in the flag the government, the principles, the truths, the history which belongs to the nation that sets it forth." — Henry Ward Beecher

9. "I believe our flag is more than just cloth and ink. It is a universally recognized symbol that stands for liberty, and freedom." — John Thune