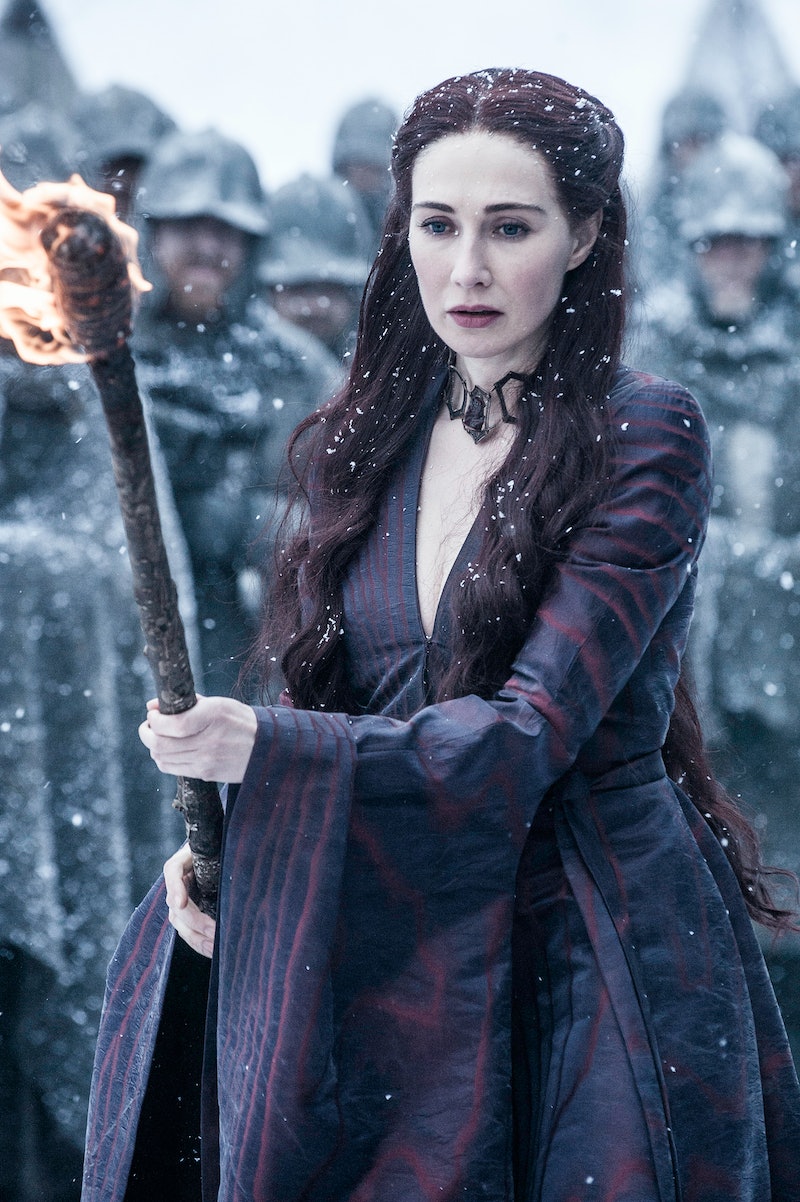 For the [love of the] Night's Watch, there are major spoilers ahead for the Game of Thrones finale. Slow down everybody, there may be hope for Jon Snow yet. The Night's Watch may have attempted to execute him, but someone who can help him just happened to make an appearance shortly before the deed. So, can Melisandre resurrect Jon Snow on Game of Thrones?

We know that her brand of magic has the power to resurrect dead bodies/souls — remember Beric Dondarrion, the guy in the Brotherhood Without Banners who had been dead and resurrected multiple times by the Red Priest Thoros of Myr? Help could be on the way, Jon Snow!

I may finally get on board with the Red Priestess' weird brand of magical religion if she brings back Jon. That is, if Jon Snow is in fact dead. I'm going to be in denial for a long time about that. However, maybe I'm already in the bargaining stage, because I promise to forgive Shireen's death, the shadow that killed Renly, and the leeches that latched onto Gendry if she does this one thing. I'm actually more concerned about Ser Davos, who was never a fan of Melisandre and will never forgive Stannis for what he did to his little girl. The Red Woman may be able to bring Jon back, but she's not going to have a whole lot of support.

Still, why else would Melisandre have abandoned Stannis in that critical moment? She had to have gotten a vision from the Lord of Light telling her that the Wall needed her more. The "true" Baratheon campaign for the Iron Throne is no good if its leader did in fact just get stabbed by Brienne of Tarth. Way before he was in grave danger, Melisandre saw something special in Jon Snow. Whether it's Targaryen blood, Baratheon blood, or some other destiny — I have a feeling that she's just as invested as we are in keeping him alive.