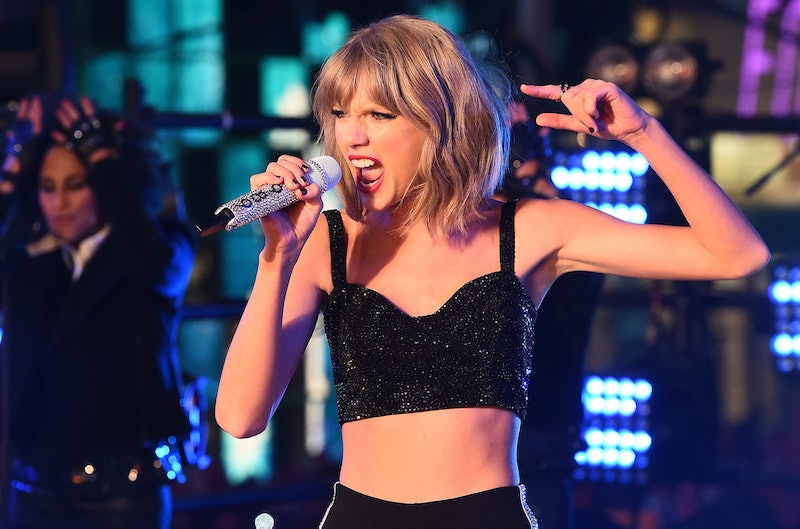 There ain't no party like a Taylor Swift party 'cause a Taylor Swift party is an over-the-top, star-studded, Instagram-friendly affair. On June 14, the "Bad Blood" singer took a break from her 1989 World Tour to throw Jaime King a bridal shower. As evidenced by my social media feeds, it was a pretty bumpin' event, which is no surprise, given Swift's party-planning history. The guest list was sourced by Swift's A-list little black book. Sarah Hyland, Hailee Steinfeld, Gigi Hadid, Haim, Serayah and Joey King were all in attendance. (Whew!)

Additionally, Swift made sure to stock up in props group photos, another staple at her soirees. Lastly, she made sure everyone was having a good time. (I mean, how could you not?) The singer frequently shares snaps from her parties, be it her 25th birthday celebration, her BFF Abigail's birthday surprise, or Fifth Harmony singer Camila Cabello's birthday. Swift clearly knows how to throw a good rager, so, like pretty much every other aspect of her glittery life, I want to emulate it. I bet you do too.

Be sure to invite Beyoncé, Jay Z, Sam Smith and Justin Timberlake. Because they all take your calls.

Step Two: Set Up a Photoshoot

Hey, nothing says "party" like posing with a feather boa.

Swift whipped up some chai sugar cookies with cinnamon eggnog icing for one of her 1989 Secret Sessions. What have you done lately?

I see you, Olivia Benson.

How else are you supposed to capture all of these amazing moments?

Step Six: Get a Slip-n-Slide (Just in Case)

And an inflatable turtle, obviously.

How else are your 33 million followers supposed to get serious envy?