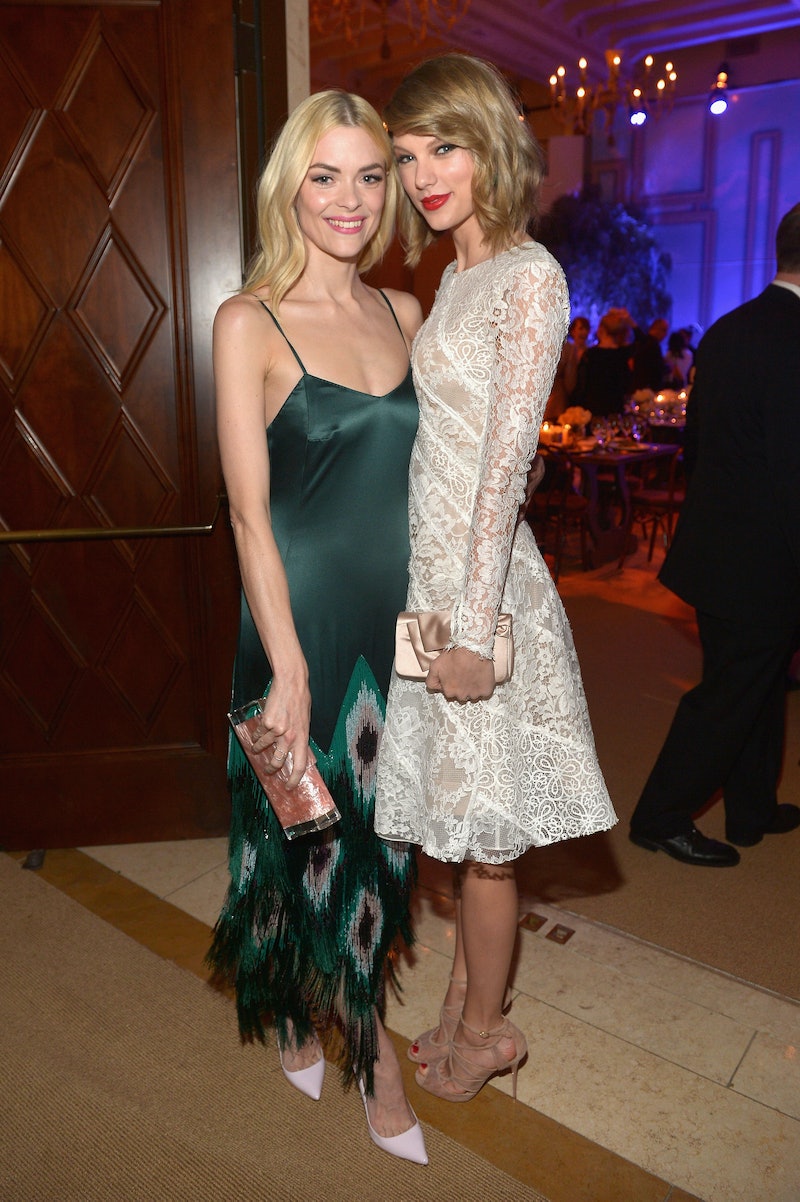 By now, it's practically law that if you're friends with Taylor Swift, she's going to do some nice things for you. Whether it's bringing her pals on tour or getting Dashboard Confessional to sing at their birthdays, the "Style" superstar has a history of bestowing amazing gifts upon her closest friends, and it seems she has no intention of slowing down: over the weekend, Taylor Swift threw a baby shower for Jaime King, the Hart of Dixie actress and Swift BFF who also happens to be pregnant with the singer's future godchild.

In tweets posted by Swift herself on Sunday night, the musician revealed that she flew in from Philadelphia (where she had just had a concert) the night before to throw the very-pregnant King a baby shower. Many of the duo's famous friends were apparently invited to celebrate, including regular squad members Sarah Hyland, Hailee Steinfeld and Gigi Hadid. Judging by the photos, the ladies all had a blast; how could you not, when you're drinking cocktails and posing in photobooths at an event thrown by the greatest party planner of them all?

Check out the great photos below, and see how many celebs you can spot in attendance:

It's far from the first time, though, that Swift and King have shown some serious #friendgoals. Below, seven of the pair's best moments as BFFs:

How sweet is that?

When Jaime Said It's An "Honor" To Be Swift's Friend

We're sure it is.

Because how could you not?

When Taylor And Jaime Did The Ice Bucket Challenge

Friends who get dunked together stay together.

So, so cute. May these friends stay close forever.