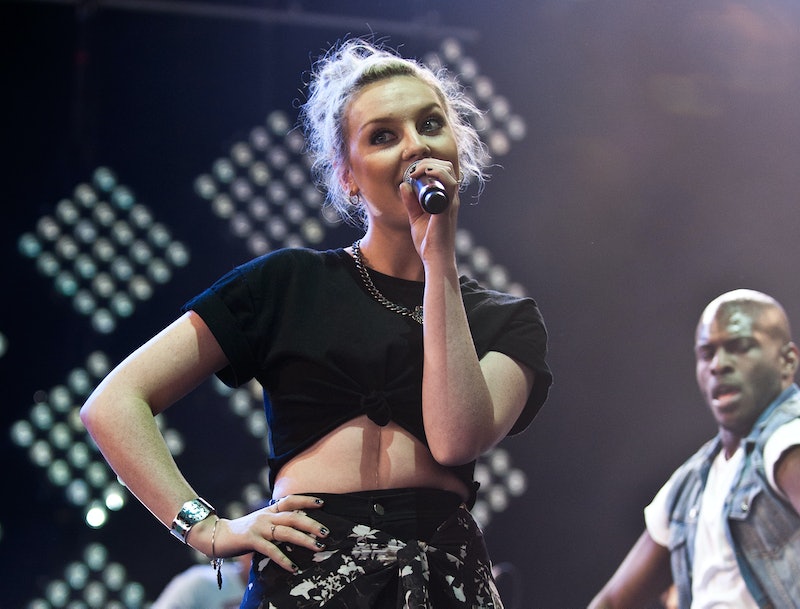 Perrie Edwards wants you to effing stop with the Zayn Malik wedding questions and she wants you to stop right now. At a time when Little Mix are working on their upcoming new album and just released their slay-worthy new single, "Black Magic," the question that the 21-year-old undoubtedly gets asked the most involves her relationship with Malik. And guess what? It kind of needs to end.

The Little Mix singer — who is arguably more famous for being the ex-One Direction member's fiancée than for her own record-breaking career — recently aired her frustrations about constantly being questioned about her impending nuptials to Malik.

"I'm sick of getting asked, 'When is the wedding, when is the wedding?'" the pop star told Capital FM in faux anger, unleashing her next statement in the style of the Hulk: "I'll get married when I'm bloody ready!"

The questions about the Zerrie wedding are understandable, especially from a journalistic perspective: It's one of the biggest stories involving the pair (second only to Malik quitting One Direction), and the right sound bite or the best scoop will undoubtedly rack up those views and that traffic, because the fans are all dying to know. And it's not like Edwards was the only one who was getting them — Malik has been constantly questioned about The Big Day, as well, and even had to endure Jimmy Kimmel telling him that the whole thing probably wasn't the best idea (on live TV, no less).

Still, it is questions like these that are the reason movements like #AskHerMore exist: We should all strive to ask women real things, like about their careers (and please note: Little Mix are literally a record-breaking group; their first album is the highest-charting U.S. debut of an all-female British group, including the Spice Girls) instead of more vapid, surface-level queries. And it was Ariana Grande who said it best when she announced, in regards to being referred to as "Big Sean's ex," that she was tired of living in a society where "women are mostly referred to as a man's past, present or future PROPERTY / POSSESSION," and that she has "clearly not been having the boy questions in my interviews lately because THERE IS SO. MUCH. MORE. TO TALK ABOUT."

As a celebrity news writer, I fully (fully) understand the appeal of all of the ~glamour and intrigue~ of a pop star's personal life. And as invested in the Zerrie relationship as I am (#noshame), of course I'm forever curious about the pop stars' impending wedding. But I'm also a feminist with a career of her own, so I'd be frustrated AF if people were frequently asking me about my relationship status instead of the totally kickass new project that shows off all of my talents and my hard work.

I applaud Perrie Edwards for her candor and honesty. Enough is enough, and you tell 'em, lady.