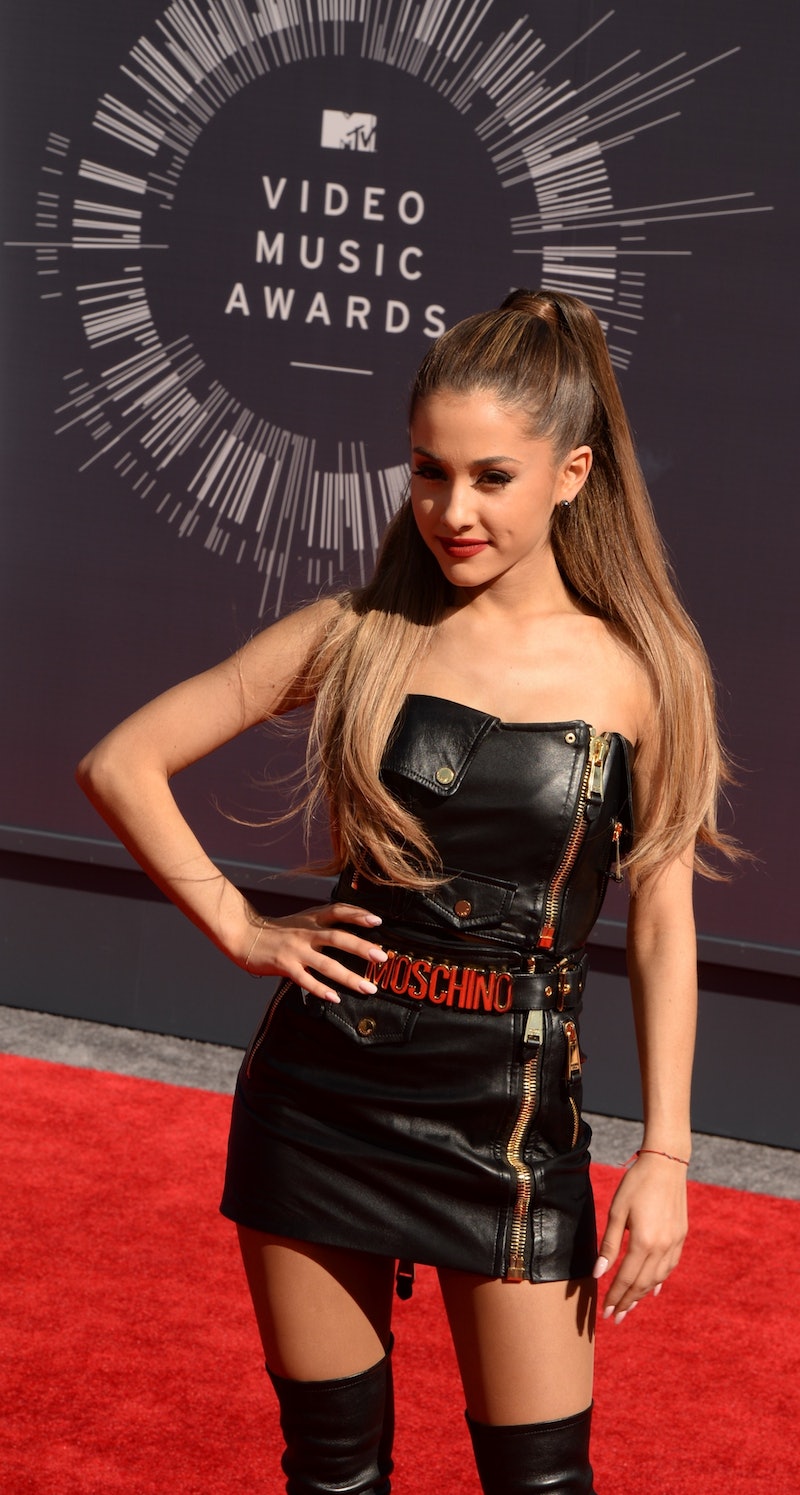 I'll be the first to admit that I've always been on the fence about Ariana Grande. From those diva behavior rumors to the supposed feud with former co-star Jennette McCurdy, her reputation has been a bit iffy. However, I'm back on the Grande Bandwagon and there's a great reason why! On Sunday, Ariana Grande went on an epic feminist rant. She shared a lengthy note across her various social media pages and it's worth a read.

It's almost unfair to call it a "rant," since the phrase has a negative connotation. But it's an amazingly passionate post about the ridiculous double standards and misogyny that still exist in our society today. Grande explains why she is sick of being asked about boys in interviews, or having her identity solely defined by who she dates. She also acknowledges her ancestors, who have been strong female activists. She says they would be proud of her for speaking out.

The Scream Queens actress even ends the post with a quote from feminist icon Gloria Steinem, because naturally Gloria knows best. Seriously, Grande's statement is so AWESOME. Here are some highlights... even though you should really go read the entire thing and probably print out copies for everyone that you know. (A bit excessive, perhaps? But totally necessary!)

"Being 'empowered' is not the same as being a 'bitch.'"

This is how Grande begins the post and it just makes me want to use the praise-hands emoji a million times.

"I am tired of living in a world where women are mostly referred to as a man's past, present or future PROPERTY/POSSESSION."

She followed that thought with "I do not belong to anyone but myself, and neither do you." #Preach

"Gloria Steinem published an article in 1969 titled 'After Black Power, Women's Liberation'... and 46 years later... we're still not quite there yet!"

Sadly, this is way too true.

This is among the various double standards that she accurately calls out in the post.

"I'm saying this after literally 8 years of feeling like I constantly had to have a boy by my side. After being on my own for a few months, I am realizing that's just not the case."

It's sad to hear that Grande has felt that way since a young age, but it's all part of the pressure put on females to have a boyfriend or be in a relationship.

"I have never felt more present, grounded, and satisfied. I've never laughed harder or had more fun or enjoyed my life more."

See? Taylor Swift was onto something when she talked about how empowering it is to be single.

"Any woman who chooses to behave like a full human being should be warned that the armies of the status quo will treat her as something of a dirty joke.. She will need her sisterhood." - Gloria Steinem

Can Steinem and Grande team up to do a speaking tour about the importance of feminism? I'd 'ship that.

And here's Grande's full post, since by now I'm sure now you're inspired to read the whole thing:

More like this
Amanda Gorman Shared A Powerful Message On Meghan Markle’s Penultimate Podcast
By Darshita Goyal
Wimbledon Alters All-White Kit Rule Amid Candid Period Discussions
By Catharina Cheung and Rachel Mantock
Claire Foy & Rooney Mara Revisit A Devastating Tale In 'Women Talking'
By Bustle UK
Kate Middleton & Prince William Were Booed & Mocked On Their U.S. Visit
By Jake Viswanath
Get Even More From Bustle — Sign Up For The Newsletter