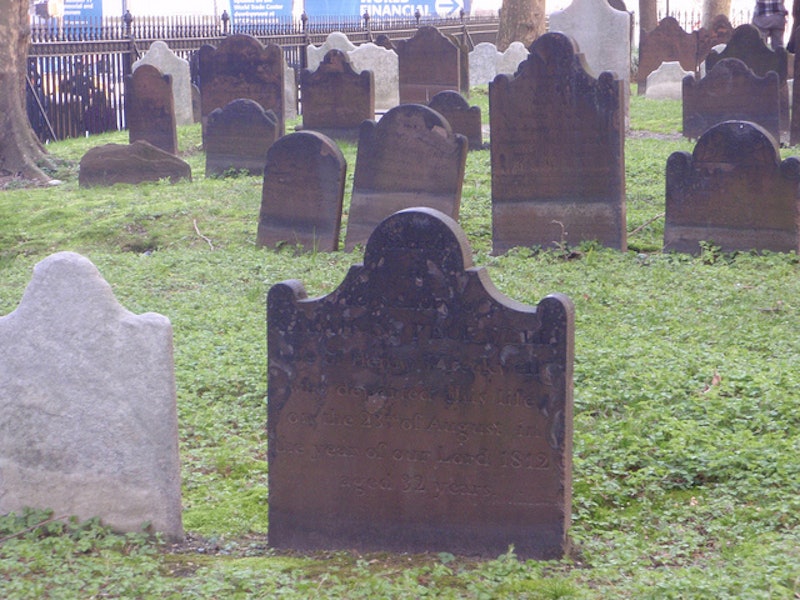 After centuries of theorizing, science has developed a decent hypothesis explaining why humans don't live forever. This may seem like a particularly pointless sort of discovery — Valar Morghulis, all men must die, natural wear and tear grinds you down until your human body just gives up, right? Well, not exactly. We take aging for granted, but it turns out that "growing old" — i.e. losing bone density and muscle strength, and experiencing more aches and pains — may have developed via evolution to help us, as a species, survive over the generations.

This isn't how we normally think about aging — or about evolution, either, for that matter. But evolution isn't only about the strongest individuals surviving while the weaker specimens fall away. It's also about longer-term benefits to the species overall. And the scientists behind this latest study have found that actually, having most members of a species become weak and then die of "natural causes" is actually far better for the species' future than having a species made up solely of long-living individuals. And, counter-intuitively, being immortal presents the worst evolutionary fate of all.

I've had a personal horror of immortality ever since I saw that terrible vampire film Queen Of The Damned in the 2000s, which ends with two immortal people walking together forever among crowds of sped-up mortals. Being stuck on the earth forever? How would you possibly not get bored?

But aging and death don't just exist to teach us poetic lessons about the value of our brief experience, or to treasure our youth. According to the latest science, death and aging exist, from a statistical point of view, so that we don't completely screw things up for the next generation.

Aging Sucks (But Your Kids Will Thank You For It)

That's why we get old and die, according to a model created by three scientists from Harvard: so that our kids have a chance to nab resources.

They set up virtual "competitions" for resources in a single region between immortal beings and people who would naturally die. (Think Game of Thrones, except on a computer.) And they studied it in two different ways: in one model, some of the immortals had a genetic mutation that allowed for aging and death. In the other, people with the gene that caused eventual death "invaded" the territory of immortals. Whichever way they arranged it, though — and they ran the numbers millions of times — the results were the same: in the long-term battle for resources, communities made up of people who were able to age and die did better than immortals.

Why? Because getting weak and dying early conserves a place's finite resources for your kids and grandkids. Immortal people just use and use and use; but if you've got a time limit, you're going to be able to limit your resource-gobbling and hand more down to children.

What does this mean? The scientists reckon we actually evolved to die earlier than our bodies absolutely needed to, because it makes life better for the species and generations who come after us.

So we might be programmed to get weak and die before a certain age to make sure our grandkids have enough to eat. So what? Well, this might have a big impact on how we treat aging.

"If aging is programmed, rather than a collection of secondary breakdowns or genetic tradeoffs," the scientists say (meaning " if dying is specifically programmed into our genes, rather than just a general decay of our bodies" to you and me), "then effective health and life extensions through dietary, pharmacological, or genetic interventions are likely to be possible." Basically, if we've got an internal mechanism that specifically makes us age, maybe we can change it — and radically affect human lifespan.

This idea already popped up in a study of the genetics of the disgusting (but helpful!) little roundworm. It seems that roundworms actually might have dying coded into their DNA; the thinking is now that altering those particular genes might be the way to extend a lifespan. If what the scientists call "genetically programmed senescence" (or getting old) is actually the reality, then genetic fiddling could be the quickest way to shift it.

So living forever is a really bad idea — but living for a damn long time, if we can fiddle with the body's inherent adapted "aging clock," might actually be possible. What would you do with all the extra time? And would that mean we had a longer time to pay off our student loans?! If nothing else, we'd have a long while to figure out the answers to those questions.

More like this
6 Abortion Advocates To Follow On TikTok
By Sara Youngblood Gregory
The Guide To “Witches Stairs” & Why They’re Actually Great For Small Spaces
By Emma Garza
The UK Abortion Laws In 2022, Explained
By Sophie McEvoy
How To Protect Your Digital Privacy If You Need An Abortion Post-Roe
By Kaitlyn Wylde
Get Even More From Bustle — Sign Up For The Newsletter