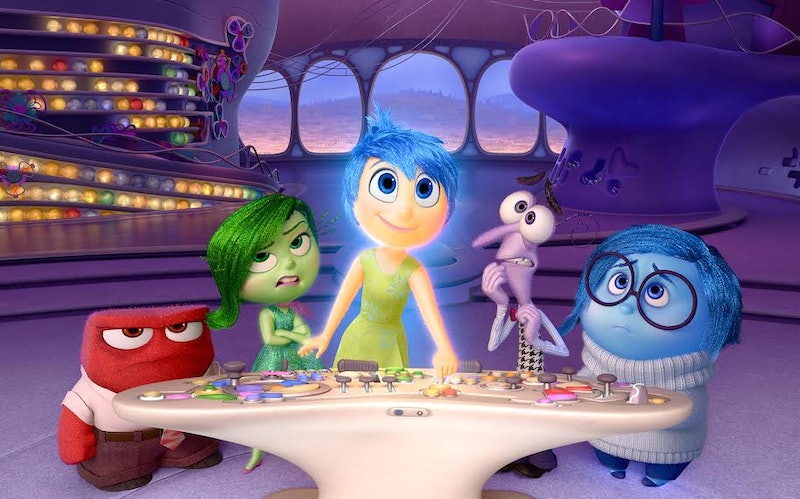 It's a rare occurrence when the release of a new Pixar movie isn't reason to run to the nearest movie theater, and the studio's latest film, Inside Out , is no exception. Since its premiere at Cannes back in May, the animated film has won rave reviews from practically everyone who's seen it, and when it gets released on Thursday night, chances are high that audiences will flock to to their seats. So, assuming that the movie does as well with critics and fans as expected, will Inside Out have a sequel? With a reception like it's had so far, another film truly seems inevitable.

Unfortunately, it's too early to know if it's actually going to happen. It'll probably still be a number of months before a sequel is confirmed or denied, as a lot depends on how successful Inside Out is, as well as what story its creators have in mind to follow up. Currently, there's been no mention of a sequel at all, and it's not listed on the studio's schedule of movies for the next few years. The way it looks now, if Inside Out does eventually get a sequel, it won't be for a long, long time.

That doesn't mean that a second movie is definitely out of the question, however. Although Inside Out, an intimate story about a preteen girl's brain, might not seem to have the same franchise appeal as, say, Cars or Toy Story, there's plenty about it that could make for prime sequel material. Below, five ideas for what an Inside Out sequel could be like (spoilers ahead):

At the end of the movie, there's a brief moment when the emotions see a button for "puberty" on the headquarters' dashboard. They don't press it just yet, but it won't be long before they do — and when that happens, there'll be a whole new, complicated world for the emotions to help their girl navigate.

Riley Starts Dating That Boy From The Hockey Game

Sure, they only met for a second, but clearly, that kid was in love. A sequel could follow their romance, as it'd be super fun to see how the emotions dealt with flirting, dating, and more unfamiliar situations.

The Parents Lead The Show

Some of the best moments of Inside Out came when viewers were shown the emotions controlling the minds of Riley's mom and dad. It was a whole different ballgame when the adults were involved, and it'd be really interesting (albeit possibly not appropriate) to get an inside view on how their minds work.

Maybe Riley randomly remembers her old imaginary friend, Bing Bong, and because of that, he's revived and gets a storyline of his own! That could happen, right? Right?

Each of the emotions represented one, well, emotion, of course, but it became clear throughout the movie that they were basically people in their own right, with complex thoughts and feelings. It'd be very meta, but how cool would it be to get a look at how each of the emotions navigated daily life? Getting to know Disgust's true feelings about "cool girls" and why Anger's so unhappy would make for one highly entertaining film. Inside Out, you better have that sequel coming.