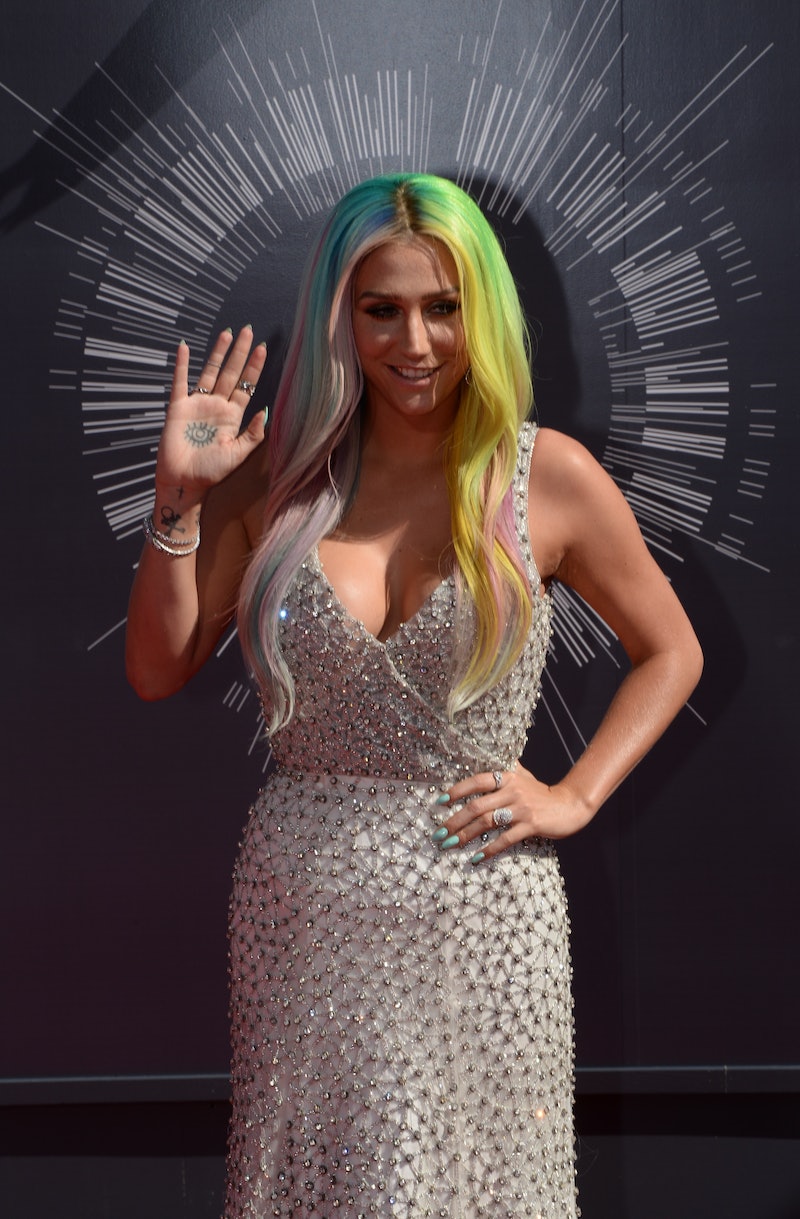 Kesha really showed her love for the LGBT community recently, and not simply by playing the L.A. Pride event this past weekend. Don't get me wrong; that is a huge deal in itself. But Kesha donned rainbow ensembles while performing, which was another amazing (and fashionable) way for to express her support, since the rainbow flag is one of the symbols of gay pride and the fight for equality no matter who you love. It's always refreshing when fashion can serve multiple masters, especially when it comes to sending a message. Other performers this weekend included all-female vocal ensemble Fifth Harmony and rapper Angel Haze. But back to Kesha.

The singer is such a fabulous wild child and she has a crazy unique sense of style, often dyeing her normally blonde locks different pastel shades of the rainbow. But more importantly, Kesha, despite her rowdy exterior, has a huge heart. She opens her arms to animals, as an activist, and really to anyone who is an underdog. Kesha truly does what she wants and doesn't care what anyone else thinks and she doesn't seek the approval of others, following her heart, which is why she was the right choice to play a pride event!

Check her out while performing with a fabulous, rainbow-hued feather boa.

Kesha is also such an empowering pop star, especially since she was not afraid to open up to her "animals" aka her fans about her past issues with eating disorders.

While Kesha was wearing pastels, it was still her take on the rainbow as a social unifier, sending a message of support and love via an outfit! If you labor under the illusion that fashion is frivolous, here's how it can be a force of positivity.

Kesha really worked the rainbow in her ensembles, in addition to working the crowd.

She looked so good and her fans and the attendees totally picked up what she was putting down.