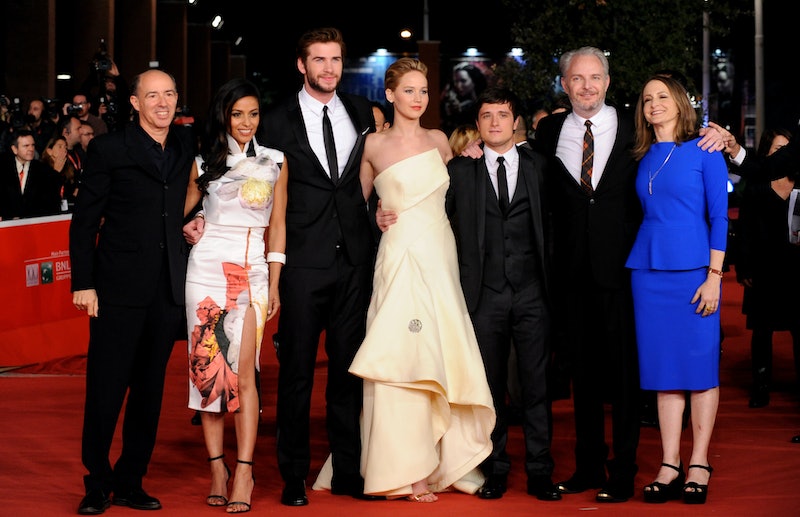 "I'm not gonna focus on the 'woe is me' woman thing. We know it’s hard out there. The statistics show us that. I'm black and a woman, I get it," says Effie T. Brown, producer of Dear White People and moderator of LA Film Fest's Women Make It Happen panel. On Saturday, Hollywood's top female producers gathered to offer sage wisdom — and a lot of hard truths — about the entertainment industry. Brown was joined by Nina Jacobson, producer of The Hunger Games series, producer Nina Yang Bongiovi (Dope), Dede Gardner, the Academy Award-winning producer of 12 Years a Slave and Selma, (and president of Brad Pitt’s Plan B Entertainment), and Gale Ann Hurd, executive producer of The Walking Dead. Individually and collectively, these women have one hell of a resume.

Though the moderator promised not to focus on the unique qualities of being a woman in the entertainment industry, the conversation naturally shifted in that direction. “I think women are perhaps less attached to being right,” the Hunger Games producer says of the difference between male and female producers. "I find that people are pleasantly surprised if you don’t feel that you have to win an argument. I believe you can be in control while being receptive.”

Jacobson went on to say that lessons she was taught as a producer early in her career were both inaccurate and harmful: “'Girls will see a boy protagonist, but boys won’t see a girl protagonist’ was taught to me as fact," she says. "The only way that you can disprove these ‘facts’ is to defy them, and to put every bit of energy that you can into upsetting the apple cart... which is a really white, male apple cart.”

Another difference between male and female producers, according to Terminator and Aliens producer Gale Ann Hurd, is that women don't name companies after themselves. “I don’t think we feel the need to have ourselves out in front,” she says. But reaching a career point where you have the opportunity to have your own company, regardless of what you name it, is extremely hard to get to. "For every success you have there are 99 times you fail," she says. "90% of the time the doors will be closed or slammed in your face. Or even worse, people say, 'maybe.' I encourage people to develop a skill people will pay you for."

And of course, the struggles to succeed in the entertainment industry are not contained to women. "We are totally colorblind. You have to represent women and people of color not only in front of the camera but behind camera," says the Walking Dead producer.

But, according to Selma producer Gardner, all hope is not lost. “The landscape is so kinetic right now. You can start thinking about things in completely new ways.” And Jacobson agrees. "People are making compelling movies on their phones. Both the means of production and the means of distribution are hugely democratized, and if you want to [be in the in industry], then you should, at any scale.”