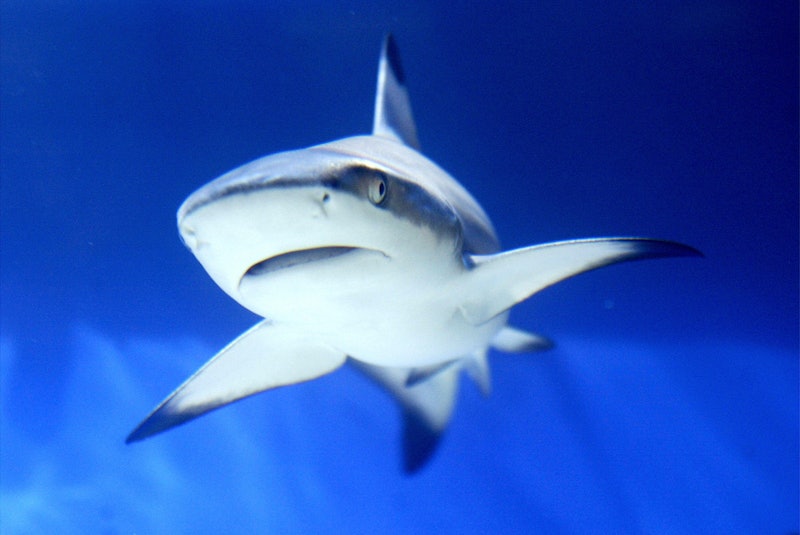 Two young people who were visiting Oak Island, North Carolina, on vacation were attacked by sharks Monday, officials told the Associated Press. Both of them lost limbs during the attacks, which occurred within 90 minutes of each other, but they are now in stable condition at a local hospital in Wilmington. Officials said the victims were each about 20 yards offshore, in waist-deep water. But at what depth are shark attacks most common? Research has found that most swimmers are attacked by sharks in shallow water for a number of reasons.

Shark attacks, generally, are not as common as many people think. The U.S. averages about 19 shark attacks per year, according to National Geographic, and one shark attack fatality every two years. To help put that into perspective, lighting strikes and kills more than 37 people per year. Scientists have said that the number of shark attacks has been increasing every year, but that's simply because more and more people are visiting beaches and entering the ocean every year.

Most shark attacks occur close to shore or near sandbars or areas with nearby deep drop offs, because that's where sharks' prey is often located, according to The Huffington Post. How Stuff Works suggests that the most common times of day for shark attacks are dawn and dusk because sharks are actively feeding during these times. The 911 calls for the attacks in Oak Island came in at 4:40 p.m. and 5:51 p.m.

Visibility in the water is often more poor during early morning and sunset, which can lead to what scientists call mistaken identity bites. Shark attacks often aren't fatal because when sharks realize that they've bitten something that's different than their normal prey, they usually let go immediately.

Sharks can mistake swimmers in shallow water for prey for a few reasons: bright, flashy, or high-contrast colors can confuse them and make them more likely to think you're a brightly-colored fish; and, shiny jewelry or reflective bathing suits can look like fish scales to a shark.

Your best bet is to meander into the water at the hottest parts of the day and be sure to check yourself for open cuts.

More like this
The 6 Best Balaclavas To Keep Your Face, Head & Neck Comfortably Warm
By Jenny White
How To See The Lunar Eclipse On May 15-16, 2022
By Kaitlyn Wylde
My Picky Eater Dog Absolutely Devours This All-Natural Food
By Allison Berry
If You Have Pets, You Probably Don't Realize You're Making These Common Mistakes
By Mackenzie Edwards
Get Even More From Bustle — Sign Up For The Newsletter