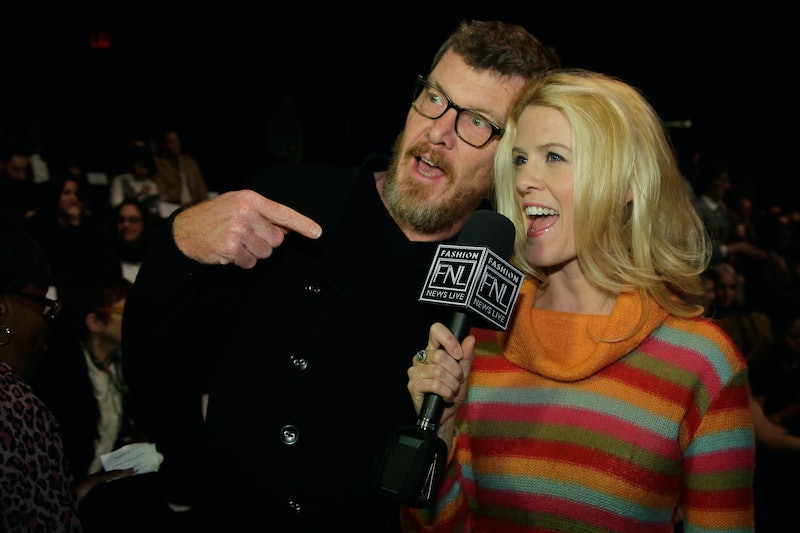 One of the original couples to star on The Real Housewives of New York City is also one of few couples (on both reality TV and in real life) who have managed to make their union last 15 years by always ensuring their relationship — and their sons, Francois and Johan — were their number one priority. Alex McCord and her husband Simon van Kempen announced in 2011 they were leaving the Bravo show that made them household names, but that obviously doesn't mean they've just — poof — vanished into the stratosphere. After appearing on the show for five years and serving as a model married couple (who are also staunch advocates for marriage equality for everyone), the couple made a few brave moves in order to give their sons even better lives and fulfill their own personal goals and dreams.

McCord, who is now 41, and van Kempen, 51, appeared on the first four seasons of Real Housewives, alongside show veterans Ramona Singer, Luann de Lesseps, Jill Zarin, Kelly Bensimon, Bethenny Frankel, and Sonja Morgan (who the couple only got to know for one season before their brisk departure). I have to be honest: just knowing they lived in Brooklyn and not on Manhattan's Upper East Side made me question whether they belonged in a reality show world that focused mainly on posh NYC dwellers — though, granted the 6-bedroom townhouse in question cost them millions and was eventually out on the market and purchased for $2.6 million.

So, what have these two crazy lovebirds been up to since they bid Bravo farewell? Let's play catch up.

They moved to Australia to be with family

McCord and van Kempen put their Brooklyn house on the market and moved to Australia in 2014 to be closer to family, according to the Daily Mail. Specifically, they moved to Newrybar, a coastal village located not too far from Brisbane. Since van Kempen is originally from Australia, it stands to reason they are surrounded by great people who have been relishing getting to know their family.

Naturally, their house, pool, and view from their yard are all amazing

On any given morning, McCord can be found enjoying her coffee by the pool and looking out at this incredible landscape. Did you expect anything less than a perfect living situation for them?

For real. This monster wasn't filmed at the zoo or in its natural habitat — they regularly find creatures like these hanging out in their home. That pool may not be worth it after all.

Their sons are super cute — and so old — now

Francoise and Johan seem to be enjoying private school, nature walks, and visits from extraterrestrial arachnids. No word on whether they've kept up their French lessons.

McCord is still working it

There's no better authority on reality TV than the mom and blogger — which is why she is a regular contributor to The Stir.

They're as adorable as ever

The family that selfies together stays together. I think it's safe to say the McCord/van Kempen clan is doing just fine and dandy — and are possibly even better and more grounded since leaving RHONY. Three cheers for real life!