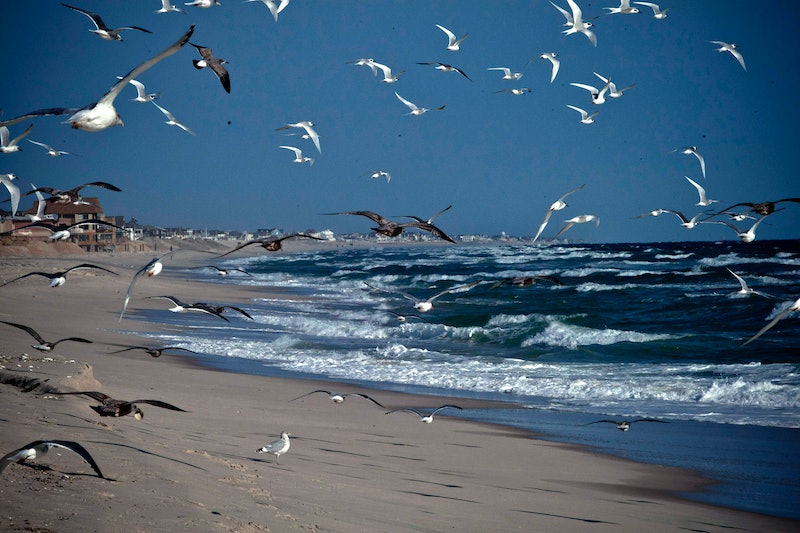 When it comes to quotes about summer, literature has some of the best around. Books and writers can take the best parts of summer and describe them in a way that makes the season seem — somehow — even more full of possibility than ever before.

Plus, summer is amazing. There are barbecues to be had, adventures to go on, drinks to make, and of course, books to be read. The days are longer, there is the age old promise of summer love. There's a lot to romanticize to begin with. And, as any self-proclaimed book nerd will tell you, F. Scott Fitzgerald can make anything sound romantic. But get him talking about summer, and I'm one gorgeous descriptor away from jumping on a plane to enjoy Paris in the summer myself.

Words can evoke feelings and emotions — we all know that. But here are 15 of the best quotes about summer from writers and literature that will without a doubt get you in that summery spirit, ready to run headlong into the waves, or curl up on the sand with a glass of wine and a good book.

“And so with the sunshine and the great bursts of leaves growing on the trees, just as things grow in fast movies, I had that familiar conviction that life was beginning over again with the summer.”

“One benefit of Summer was that each day we had more light to read by.”

“New York is strange in the summer. Life goes on as usual but it’s not, it’s like everyone is just pretending, as if everyone has been cast as the star in a movie about their life, so they’re one step removed from it. And then in September it all gets normal again."

—Peter Cameron, Someday This Pain Will Be Useful to You

“Summertime is always the best of what might be.”

“Summer’s lease hath all too short a date.”

“Summer was on the way; Jem and I awaited it with impatience. Summer was our best season: it was sleeping on the back screened porch in cots, or trying to sleep in the tree house; summer was everything good to eat; it was a thousand colors in a parched landscape; but most of all, summer was Dill.”

—Harper Lee, To Kill a Mockingbird

“Everything good, everything magical happens between the months of June and August. Winters are simply a time to count the weeks until the next summer.”

“A good swimming pool could do that — make the rest of the world seem impossibly insignificant, as far away as the surface of the moon.”

"Summers had a logic all their own and they always brought something out in me. Summer was supposed to be about freedom and youth and no school and possibilities and adventure and exploration. Summer was a book of hope. That's why I loved and hated summers. Because they made me want to believe.”

—Benjamin Alire Sáenz, Aristotle and Dante Discover the Secrets of the Universe

“In early June the world of leaf and blade and flowers explodes, and every sunset is different.”

—John Steinbeck, The Winter of Our Discontent

"The summer night is like a perfection of thought."

"Green was the silence, wet was the light, the month of June trembled like a butterfly."

"One must maintain a little bit of summer, even in the middle of winter."