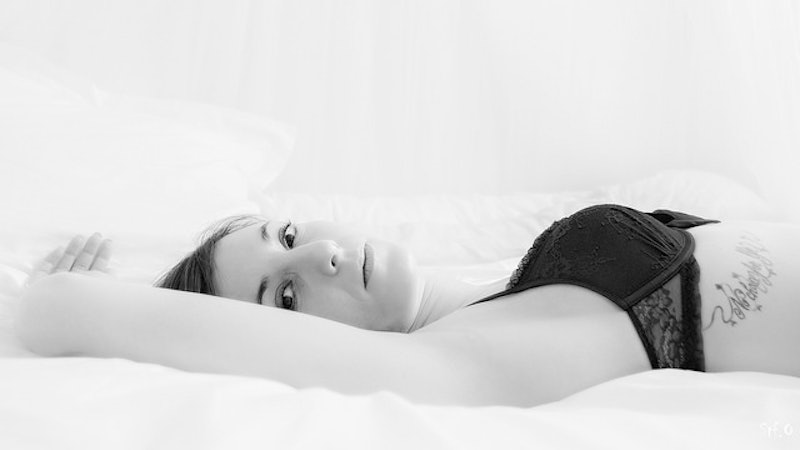 According to legend, Queen Victoria’s husband, Prince Albert, pierced his penis with a ring on the end of it so he could move his penis (to the right or left), in a way so as to avoid a noticeable bulge in his tight-fitting pants. At the time, it was called Dressing Ring and allowed the penis to pretty much hook on to one side of the pants and tailors would make the pants so they fit perfectly in regards to which side the penis was hooked with its ring. Although it wasn’t likely that Prince Albert was the only one to have a penis piercing for fashion reasons, because he was married to the Queen of England, the name for that particular piercing just stuck.

But while it’s no longer about tightness of pants, the Prince Albert piercing remains a fashion statement, of sorts. The penis is pierced through the urethra opening all the way through to the other side where the glans (head of the penis) and the shaft come together.

One of the main reasons men get it, aside from the fact that it’s oh-so decorative, is that it’s supposed to make sex better for both he and his partner. During intercourse, the ring stimulates either the g-spot or the prostate and ― voila! ― mucho orgasms!

But is it true? Or is this just one of those rumors that gets started and doesn’t stop? I asked three women, one of whom happens to be me, to find out if there's any truth to the PA piercing leading to more orgasms. (Yes, I interviewed myself because that's how loners roll ― what of it?)

“I used to have a f*ck buddy who had a reverse Prince Albert piercing. Same thing, but upside down so most of the metal was on the underneath part. After he got it, I called him "Upgrade." I still do, even though we don't sleep with each other any more and he doesn't have the piercing. But he was "Upgrade" for a reason.

There were definitely more orgasms, but not necessarily g-spot orgasms. To be perfectly honest, I don't know if it was because of the piercing itself, or just how fucking pleased with himself he was for having it that it gave him the added confidence.”

“I could definitely feel it; it had a weight to it. But the only time it felt really good was when he was f*cking me from behind. It did hit my g-spot for sure, but since I only orgasm from clit stimulation, I can’t say that it gave me more orgasms.”

Personally, my own experience has been a combination of the two statements above. Yes, I could feel it, but since I’ve never experienced an orgasm via g-spot stimulation, I can’t attest to more orgasms strictly because of the piercing. But I do think that women who experience g-spot orgasms and men who climax thanks to prostate stimulation, are the ones who really win when it comes to the Prince Albert piercing. As for 75 percent of women who need clitoral stimulation, sadly, the awesomeness of the PA piercing just might be lost on us.

However, considering only three percent of men have their genitals pierced, it’s not like there are a ton of us out there who have experienced it to confirm the possible mind-blowing orgasms factor.

More like this
The Best Time To Date After A Breakup, According To Experts
By Bustle Editors
How Do I Deal With Both ED & Premature Ejaculation?
By Sophia Benoit
7 Women Share Their Best Orgasm Stories
By Lexi Inks
Are Quality Time & Physical Touch Love Languages Compatible?
By Lexi Inks
Get Even More From Bustle — Sign Up For The Newsletter