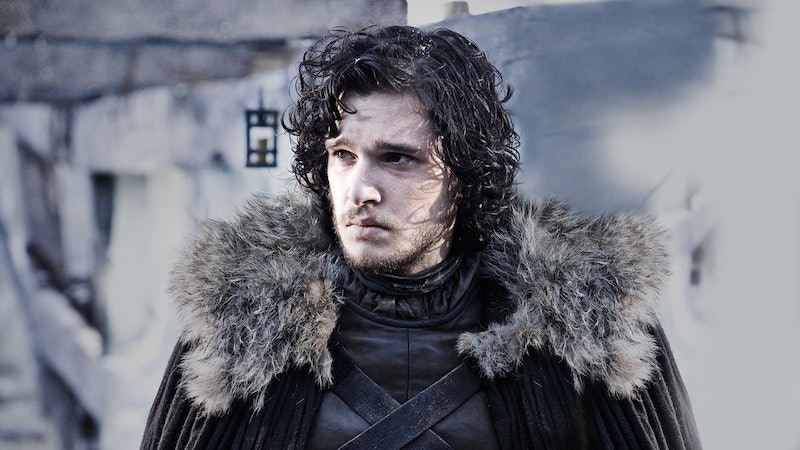 I'm going to be completely, 100-percent honest with you: I watch Game of Thrones, yes, but most of the time, I have no idea what's going on. (I haven't read the books.) "Wait, who's that?" I ask at the beginning of almost every scene. The answer is invariably something like "Dormfarken Snargaryen of House Skunklebottom," and because there's no way in hell I'm ever going to remember that, I just roll my eyes and go back to playing with my phone. However, I always recognized Kit Harington's beautiful face, so I was absolutely gutted when Jon Snow died during the Game of Thrones Season 5 finale on Sunday night.

But it was happening. I watched in horror as that old buzzard who used to be Lord Commander of the Night's Watch (obviously, I don't know his name) and a bunch of his lackeys stabbed Jon Snow approximately 600 times for being a "traitor" and joining forces with the Wildlings. Sigh. Our only hope now is that Melisandre is able to bring him back to life using the power of her shadowy nether regions... or something like that.

Here are 12 GIFs you definitely turned into while watching Jon Snow bite the dust on Game of Thrones: