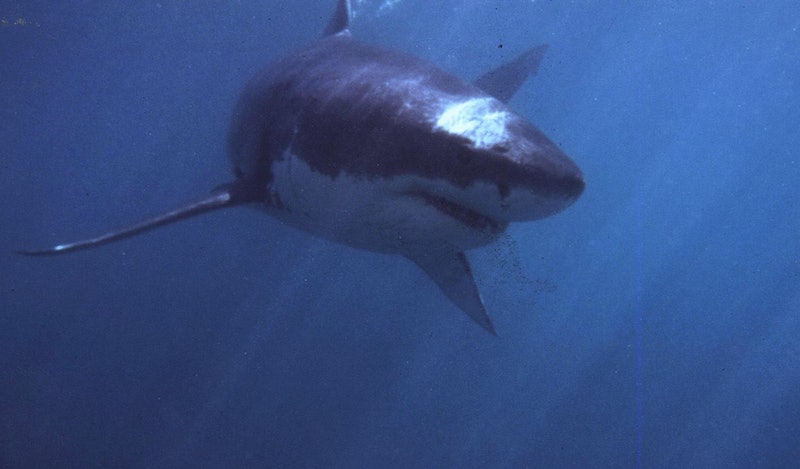 Two teens each lost an arm in separate shark attacks on a North Carolina beach Sunday. Within 90 minutes, two swimmers, whose names aren't being released, had been attacked by sharks a few miles apart off of Oak Island. They both had an arm amputated and are now in fair condition, according to CNN. With these shark incidents in North Carolina recently, it begs the question: Where are you most likely to be bitten by a shark in the U.S.?

The last attack was the third this week in the state, as another teenage girl was bitten by a shark on Ocean Isle Beach in North Carolina on Thursday, but she didn't suffer any serious injuries. The two teens attacked on Sunday were swimming in waist-deep water about 20 yards offshore when they were attacked. The girl, who was about 12 years old, had her left arm amputated below the elbow, and she also suffered a leg injury. The 16-year-old boy, who was attacked second, had an arm amputated below the shoulder. Officials couldn't say whether the attacks were from the same shark or two separate animals.

Although these three incidents happened so soon after one another, shark attacks are actually pretty rare. In 2014, there were only 72 unprovoked shark attacks worldwide, according to research from the International Shark Attack File (ISAF), though the U.S. had more attacks than any other country — 52 of the total 72. That being said, North Carolina doesn't have the most shark-prone beaches.

The most American incidents take place in Florida. In 2014, more than 50 percent of all the U.S. shark attacks were on Florida beaches, according to ISAF, and September is the worst month for attacks in the state. New Smyrna Beach on the central east coast of Florida is actually the shark attack capital of the world, and it's estimated that all New Smyrna Beach swimmers have been with 10 feet of a shark at some point, according to National Geographic. Needless to say, you might want to stay away from this beach.

Florida tends to experience more attacks because of the high volume of swimmers and surfers on its beaches, according to the ISAF. It's also useful to know that more Florida shark attacks occur during 2 and 3 p.m. than any other time of day, so that's probably a good time to take a break from swimming.