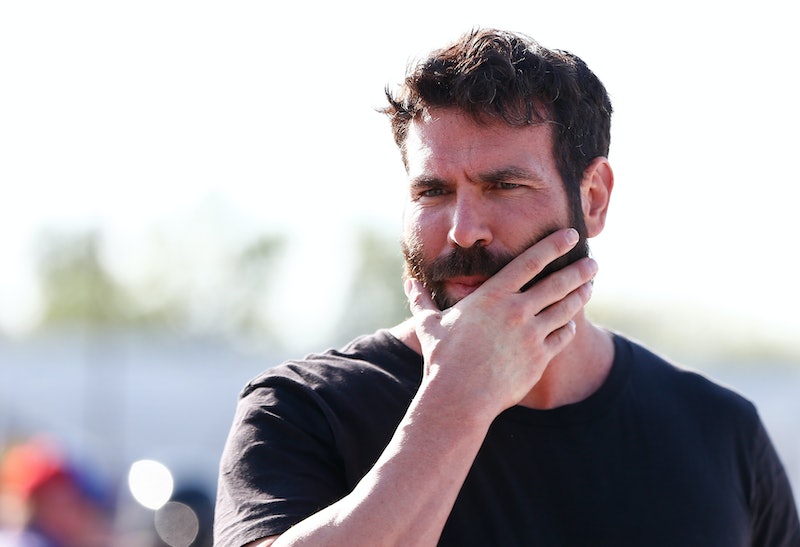 A couple months ago, poker player, Instagram celebrity, and female-objectification virtuoso Danny Bilzerian started dropping some hints of a presidential campaign. He launched a line of "Bilzerian 2016" t-shirts and posted pictures of himself playing poker with Republican presidential candidate Rand Paul, prompting his followers (and those who don't follow him but have a twisted fascination with his lifestyle and cats) to ask: Is Dan Bilzerian running for president? It appears the answer is yes, unfortunately, because he's posted yet another Instagram hint and announced a campaign launch party at Marquee later this month.

On June 24, Bilzerian will host a bash at New York City's raucous Marquee nightclub called "Bilzerian '16: Presidential Campaign Launch Party." For those who want to support Bilzerian's first run, or just want to surround themselves with scantily clad women eager to do body shots, you can snag a ticket to the soiree for $40 — looks like Bilzerian already has a knack for fundraising. In addition to the party announcement, Bilzerian posted yet another picture on Instagram featuring a friend wearing a "Bilzerian 2016" shirt, this time on a yacht with a group of bikini-clad girls.

So what does it all mean? Is he seriously running? Because I'm not sure he really understands what that entails.

Bilzerian — Daniel, if I may — if you're still pondering whether or not to foray into politics, perhaps thinking that it'll lead you to more refined female companions and bigger guns to play with, can I just be real with you for a minute? Look at your life.

Just this month alone, you flew on a whim to Montenegro, where you jumped off of a cliff into turquoise-blue waters, then flew on a private jet with a model to Italy, where you were pummeled by more models on a yacht. It might not be the most altruistic or meaningful life, but it's clearly the life that you choose to live. Do you really want to give it all up?

Because that's what you'd have to do if you launched a campaign. Forget picturesque beach towns along the Adriatic coast; you'd be flying to Iowa on a whim. And as for sex, which you seem to be having at a frequency that would exhaust Hef just to think about, you can say goodbye to that, too. All of your time will now be devoted to fundraising, practicing campaign speeches, and devising strategies with your campaign team, which I'm going to guess will consist mostly of damage control.

And just to humor you, let's say you succeed in receiving the Republican nomination and then go on to win the general election (maybe every single other candidate decides to go on a rock climbing expedition together and they all get stranded in the Andes?), do you really want the job of commander in chief? Often times, it is the least sexy job on earth. Going head to head with Mitch McConnell? Try relaying that to your date — that'll really get her blood pumping. Not to mention, the digs at 1600 Pennsylvania Avenue would likely be a major downgrade from the penthouses and rooftop pools you're used to. No, they cannot repurpose the State Dining Room just to hold your AK collection.

It's not clear whether Bilzerian has ever considered this reality because he just keeps dropping hints of a campaign. See for yourself:

And then there's this very vague, foreboding website. Don't kid us, Bilzerian. And more importantly, don't kid yourself — you're not about that presidential life.