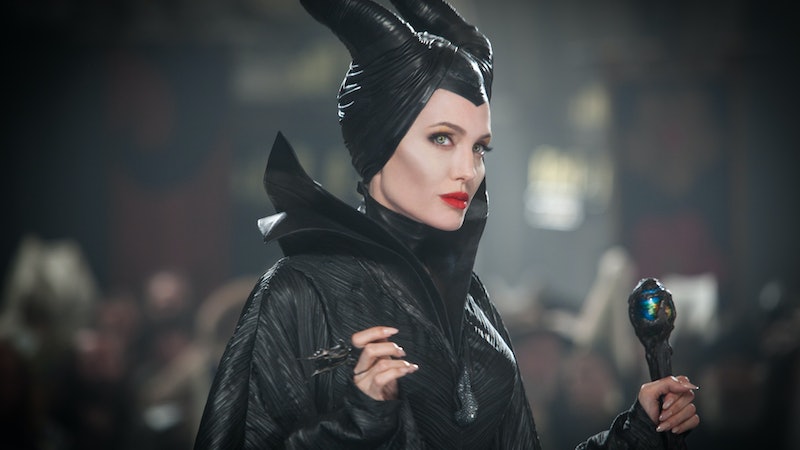 It is a happy day, both in Disney news and in Angelina Jolie news. No matter which one you're a bigger fan of, get ready to celebrate the fact that Maleficent is getting a sequel. The film was Jolie's most successful one to date, as well as one of the many Disney live actions that have been created, and will be created, to capitalize on the success of Maleficent, Alice in Wonderland, and, of course, Cinderella. Plus, the movie was a feminist re-imagining of a fairy tale that just gets more sexist, and much darker, the further back you trace the history of the story, so this is just an amazing decision all around. Maleficent may have been darker than usual Disney fair, but it was still an amazing movie, Jolie was amazing in it, and I'm already sure that the sequel will be even better. Well, if they make sure to prioritize a few things before they make it.

You see, every sequel, no matter how well-meaning, can drop the ball and leave fans unsatisfied. I certainly started to feel that way as each new Harry Potter film came out. However, Maleficent has so much going for it that I's like to believe the sequel will enhance the film rather than "RUINING IT FOREVER!!!!111," or whatever people are screaming about adding to film franchises these days. So, if Maleficent wants to be more of a Pitch Perfect 2 than a Little Mermaid 2, here are some things it absolutely needs.

Let's be real. The movie was great and everything, but Jolie got a lot of butts in those seats that might not have otherwise been willing to leave their houses to see a live-action Disney movie remake. And she's the one that has them coming back for more. (OK, and the plot. But mostly Jolie.) The last thing Maleficent should do is pull a Snow White and the Huntsman and cut the main character out of the sequel. There would be riots in the streets!

2. A Twist On A Different Fairy Tale

Do I even need to explain this one? Between Elle Fanning and Jolie's own daughter, there was so much cute in this movie that I literally couldn't take it. Feel free to add the rest of the Jolie-Pitt clan to the cast somehow. I would not complain.

"Once Upon A Dream" as re-imagined by Lana Del Rey is one of the most haunting renditions of a Disney song ever, going right up there with Age Of Ultron's remake of "I've Got No Strings On Me." Seriously, I'm never sure if I love the song, or if I'm going to have nightmares from listening to it. Giving us another creepy good remake of a Disney song is absolutely necessary in the sequel, thanks.

Maleficent's background as a fairy was thoroughly explored in the film, but I would love to see more. Maybe Maleficent 2 should be less of a sequel and more of a prequel, allowing us to see even more of Maleficent's life and time before she became the villain and/or antiheroine that we love to hate and hate to love.