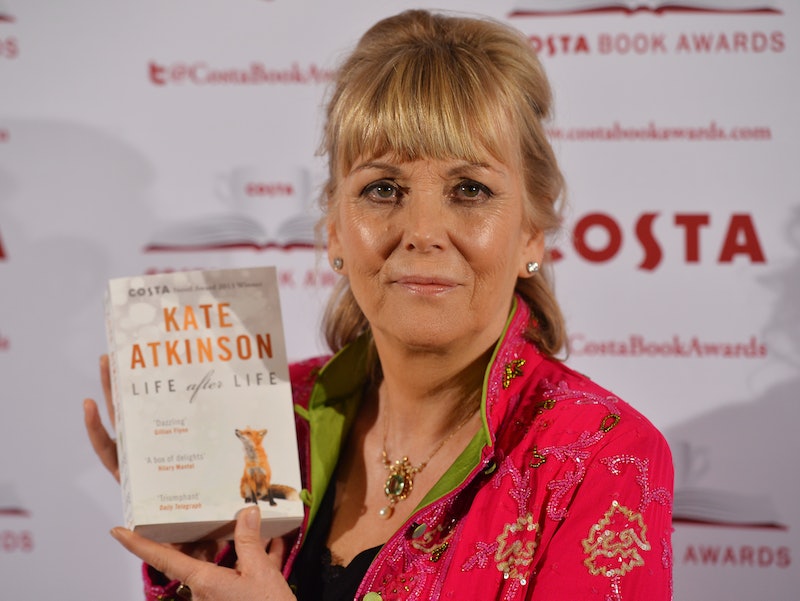 Good news for big fans of Ursula Todd and her younger brother Teddy: Hints jumped up in her interview with NPR's Morning Edition Book Club that Kate Atkinson's next book is going to follow the same characters as her novels Life After Life and A God in Ruins . A God in Ruins is the quasi-sequel of Atkinson's Women's Prize for Fiction-nominated Life After Life , follows generations of the Todd family in their British country house, Fox Corner. Though there's no announced third book in the Todd family saga, Atkinson has admitted that she does plan to continue their story through more novels.

NPR's Ari Shapiro talked about why Atkinson returned to the Todd family in her novel A God In Ruins , and Atkinson said that it was something she always intended:

I always intended to. So, right from when I started Life After Life, I knew I was going to write A God in Ruins which is why Teddy doesn't really appear very much on the page in Life After Life because I knew he had his own book. I mean you don't have to have read Life After Life to read A God in Ruins but I think it gives it a whole different layer. ... I would love to just keep writing them as kind of a soap opera almost.

This wouldn't be the first time Atkinson has returned to beloved characters for a series of novels. Before she published the critically acclaimed Life After Life, Atkinson wrote Case Histories , One Good Turn , When Will There Be Good News? , and Started Early, Took My Dog , a four-book series starring an ex-cop turned private investigator Jackson Brodie. So if you can't get enough of Ursula, Teddy, and the Todd family, there is a precedent, thankfully.

In Life After Life, Ursula Todd has the mysterious ability to "re-start" her own life after each of her deaths. As she becomes attuned to her ability, she uses her "powers" to put herself in the position to attempt an assassination of Hitler during World War II. However, perhaps more importantly, she tries to save the life of her younger brother Teddy, an RAF pilot in the war. Throughout the course of the novel, we see Teddy live or die depending on his older sister's actions and their reverberations. In A God in Ruins, Teddy is alive and well (thank goodness), and the book flashes back and forth over the course of his life.

So who will Atkinson's next book focus on in the Todd family, if she does return to her same characters? Teddy's daughter Viola and his grandkids? Aunt Izzie? Teddy's wife Nancy? Whoever it is, it's clear that, just like the writer Atkinson himself, we are not over the Todd family.