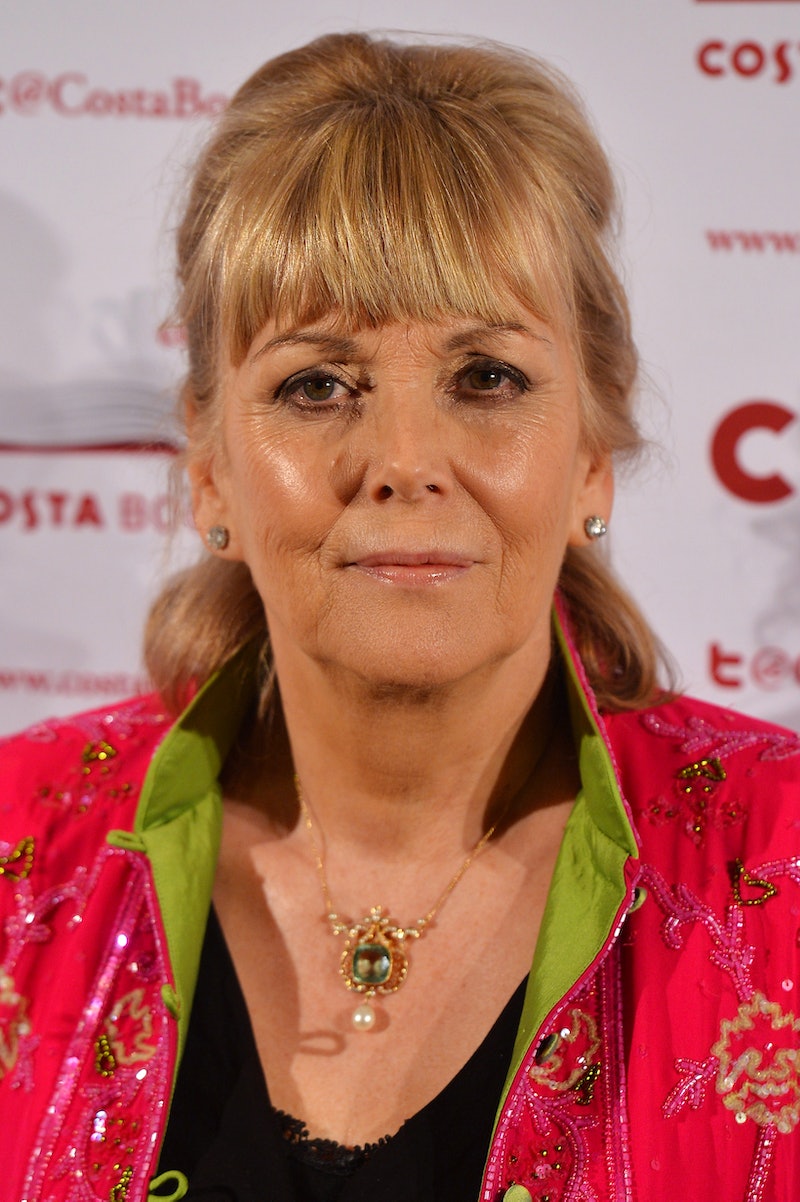 We've been waiting for this book, and now, it's finally here. Kate Atkinson's A God In Ruins (Little, Brown) may function as a standalone novel, but it spins off a major plot point from the author's "companion" volume, 2014's big, wonderful Life After Life: that young Teddy Todd survived World War II. Atkinson's previous novel centered on Teddy’s older sister, Ursula Todd, who has the ability — or does she? — to restart her life over again after every death, essentially being reincarnated as herself, in her own life. Although Ursula can’t make her supposed reincarnations happen, she eventually grows wise to them, using her repeated lives to set certain things right after living them out and seeing the consequences.

Most of Life After Life centers on Ursula growing close to Hitler and assassinating him, but Ursula eventually grows preoccupied with ensuring that her beloved baby brother Teddy, a RAF pilot during the war, makes it out alive. In some incarnations, he doesn’t. But by the end of Life After Life, he does. That’s the one that sticks, and that’s the one that starts A God In Ruins.

The majority of the book is told from Teddy’s perspective, but Atkinson also lets her readers peek inside the heads and hearts of other Todds, including flighty Aunt Izzie, who writes a book series based on Teddy when he’s just a kid (A God In Ruins features sample pages from the book series, all of which are hilariously unable to capture the spirit of the real Teddy), Teddy’s only child Viola (who, while so different from steady Teddy, feels a bit like the Izzie of her generation) and his very different (but still beloved) grandkids Sunny and Bertie.

The format of A God In Ruins is familiar to the first Todd-centric book, flashing back and forth between the many years of Teddy’s life, from chapter to chapter, and even page to page, and often referencing events that happened in Life After Life. (Atkinson also references future events in a winking manner that should delight Life After Life fans. For instance, when a kid Teddy briefly wonders about his future as a father, Atkinson makes it clear that he’ll only ever have one child, the unreliable Viola.)

Life After Life ends on an upbeat note — or, at least as upbeat as that novel can get, after so much tragedy — and it feels like a victory that Teddy has survived the war. What A God In Ruins imagines, however, is that Teddy’s post-war existence was never as glorious as it should have been. The book is mostly concerned with the minutiae of Teddy’s mostly unfulfilling life, made all the worse by his consistent feeling of being a man out of time and out of place.

Teddy may not have Ursula’s powers, but he seems to keenly understand that he doesn’t belong in this world. As he ages, his disconnection with the modern world and all its trappings (and also Viola; always Viola) speaks to a common sentiment amongst older people, but it’s made all the more rich and special to Life After Life readers who know exactly why Teddy doesn’t belong here. On some level, Teddy understands that he wasn't meant to have a long post-war life, and Atkinson writes of him, “he had been reconciled to death during the war and then suddenly the war was over and there was a next day and a next day and a next day. Part of him never adjusted to having a future.”

Atkinson’s affection for her characters doesn’t guarantee happiness for them, and A God In Ruins is never afraid to pile on the pain.

Atkinson clearly loves her characters, and her ability to turn even the oddest and most immature of them — like Izzie, like Viola — into rich reads reflects that. She’s never content to toss off something simple, instead delving into the motivations and desires of her characters with tremendous respect. Viola may drive Teddy and her own children batty — and her first few appearances in A God In Ruins make her seem just awful — but Atkinson sticks with her, willing us to love her just as her dad does.

But Atkinson’s affection for her characters doesn’t guarantee happiness for them, and A God In Ruins is never afraid to pile on the pain. Perhaps most heartbreaking of all, Atkinson dismantles the romanticism of Teddy’s relationship with his eventual wife Nancy, making their apparent love affair scan as something built on familiarity and affection, not passion. For fans of Life After Life, it’s a devastating turn, but as is the case with Atkinson’s work (even the fantastical kind), it’s totally believable.

Both Life After Life and A God In Ruins are slow starters, but Atkinson’s strong and evocative turn of phrase, which is both beautiful and strangely conversational, pull readers in, with solid plotting and deep affection for her characters keeping them reading. A God In Ruins works well enough on its own (and it is billed as a companion volume, not a true sequel), but when paired with Life After Life, the effect is very satisfying and incredibly emotional. Teddy Todd survived the war and then he died and, in between, he lived, and every moment is wonderful, even if it was never meant to be.

More like this
The 20 Best Audiobooks To Fall Asleep To
By Aoife Hanna and K.W. Colyard
A 'Bridgerton' Star Just Dropped A Major Hint About Joining The Live-Action Barbie Cast
By Bustle UK
10 Must-Read New Books Out This Week
By K.W. Colyard
Akwaeke Emezi’s Romance Is *The* Book Of Hot Girl Summer
By Shahed Ezaydi
Get Even More From Bustle — Sign Up For The Newsletter