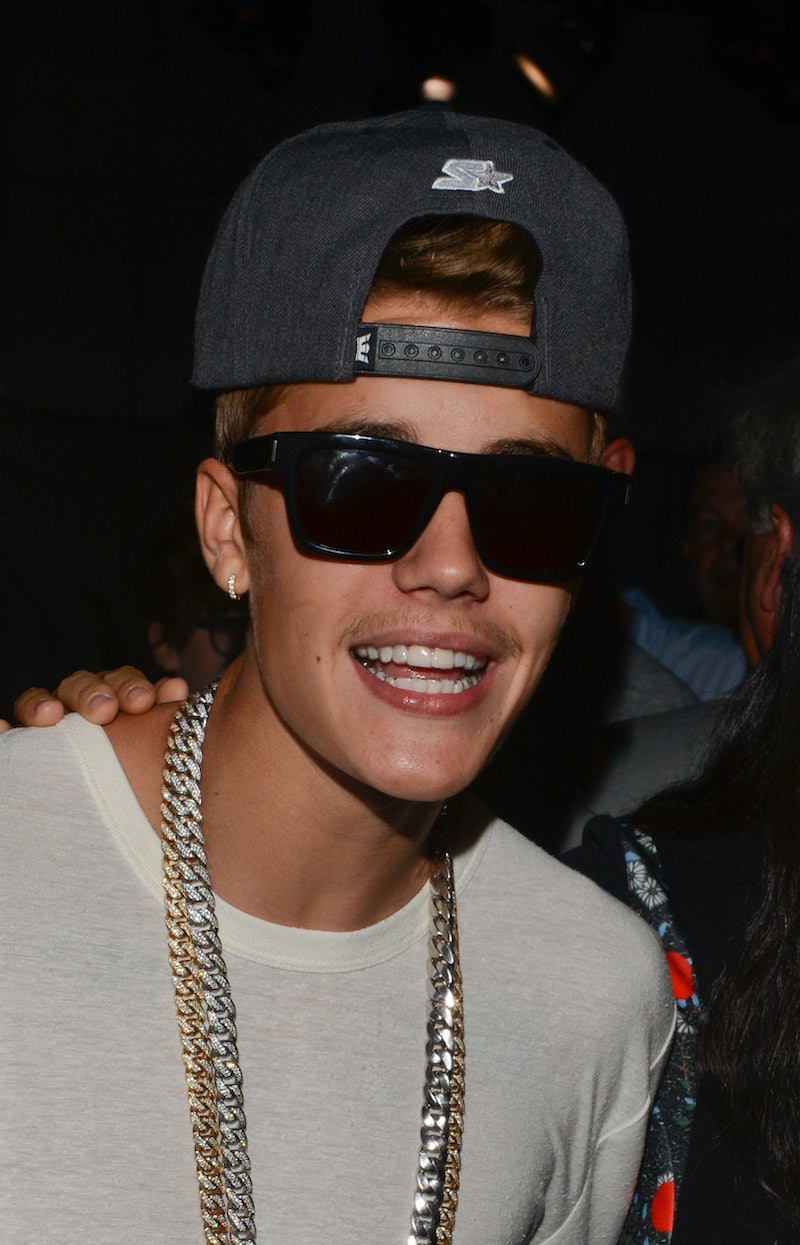 R. Kelly must have some serious celebrity gossip locked away in his closet, because his second major pop collaboration this month has come out. R. Kelly and Justin Bieber collaborated on "PYD," and may I be the first to say this song is both boring and slightly terrifying. When Lady Gaga's R. Kelly collab "Do What U Want" came out recently we all thought to ourselves, "What the hell is R. Kelly doing on a Gaga album?" but with his second appearance, it's kind of less surprising. After all, one listen to "PYD" and you can 100 percent see why R. Kelly would be featured on a Bieber track. He is the older, more skeezy version of Justin Bieber.

I'm so serious. Listen to "PYD" and tell me Bieber doesn't sound like the teenage auto-tuned young grasshopper to R. Kelly's older, more mature and infinitely creepier sensei. As a person who really only listens to Bieber when he comes on the radio while I'm driving, it took me easily 30 seconds of listening to "PYD" before I could confidently say that it was, in fact, Justin Bieber singing at the beginning instead of a falsetto-y R. Kelly.

Plus, let's be real here, we'd all be lying a little if we couldn't see Justin Bieber growing up to be our generation's R. Kelly. R. Kelly allegedly peed on a minor, Justin Bieber peed on a bucket... and their collective propensity to make songs about sex with metaphors that make no damn sense is another connection.

"PYD" stands for "Put you down" which, according to urban dictionary, means to tell someone something, but that doesn't fit at all into the lyrics of the song, which go something like, "I will PYD/bone you on a train/plane/anywhere that was mentioned in the well respected tome, Green Eggs and Ham."

"PYD" is like the preteen's version of R.Kelly's notorious love makin' track, "Sex Weed." Because what makes a lady feel more special than being "put down" or compared to a Class A drug? Nothing guys, absolutely nothing.