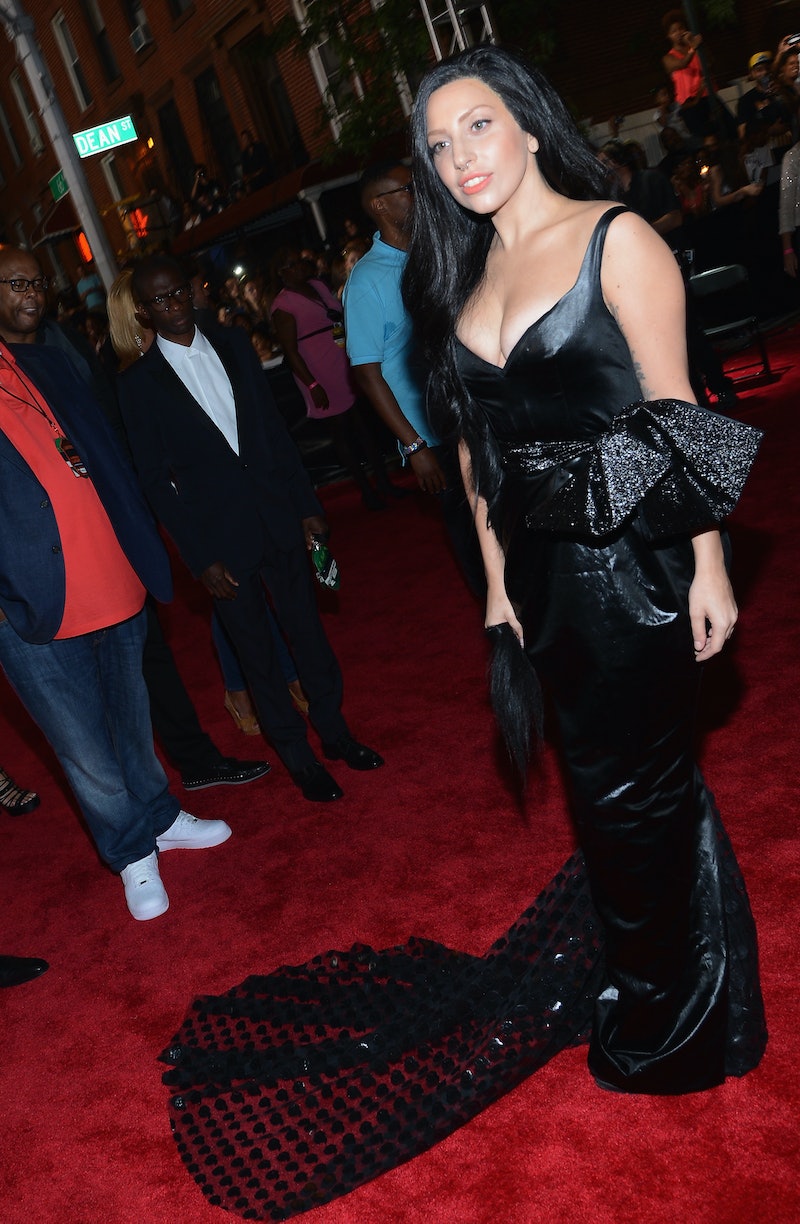 While the idea of a Lady Gaga/R. Kelly collaboration was a bit of a head-scratcher when we first heard about it earlier this month, I've gotta say: It surprisingly kind of works. This morning at exactly 12:01 am, Gaga dropped "Do What U Want," the latest single off of her upcoming ARTPOP album that features R. Kelly and an extremely electronic, dance, '80s pop vibe.

With lyrics like "Do what you want/ what you want with my body/ Do what you want/ Don't stop, let's party," the song is certainly seductive, and the mid-tempo, '80s-inspired, electro-pop beat is pretty classic Gaga (not to mention trendy — the song sounds like it was composed by French house artist Kavinsky). The verse from R. Kelly doesn't sound out of place either, which is good, albeit surprising. Who woulda thought?

"Do What U Want" is the second single off of Gaga's new album, ARTPOP, following the release of "Applause" in August. Next up is "Venus," which is slated for release on Oct. 27. You can check out "Do What U Want" below — as for ARTPOP, that'll be released in the U.S. on Nov. 11.

More like this
Tom Cruise Gives His Honest Review Of Lady Gaga’s New Song For 'Top Gun: Maverick'
By Hugh McIntyre
A Megan Fox “Breakup” Text Inspired Machine Gun Kelly’s Movie ‘Good Mourning’
By Stephanie Topacio Long
What THAT Cliffhanger At The End Of 'Bling Empire' Season 2 Means For Kelly & Andrew
By Gretchen Smail
Joe Alwyn Reacts To Taylor Swift Earning An NYU Doctorate In A Rare Interview
By Jake Viswanath and Nicole Pomarico
Get Even More From Bustle — Sign Up For The Newsletter