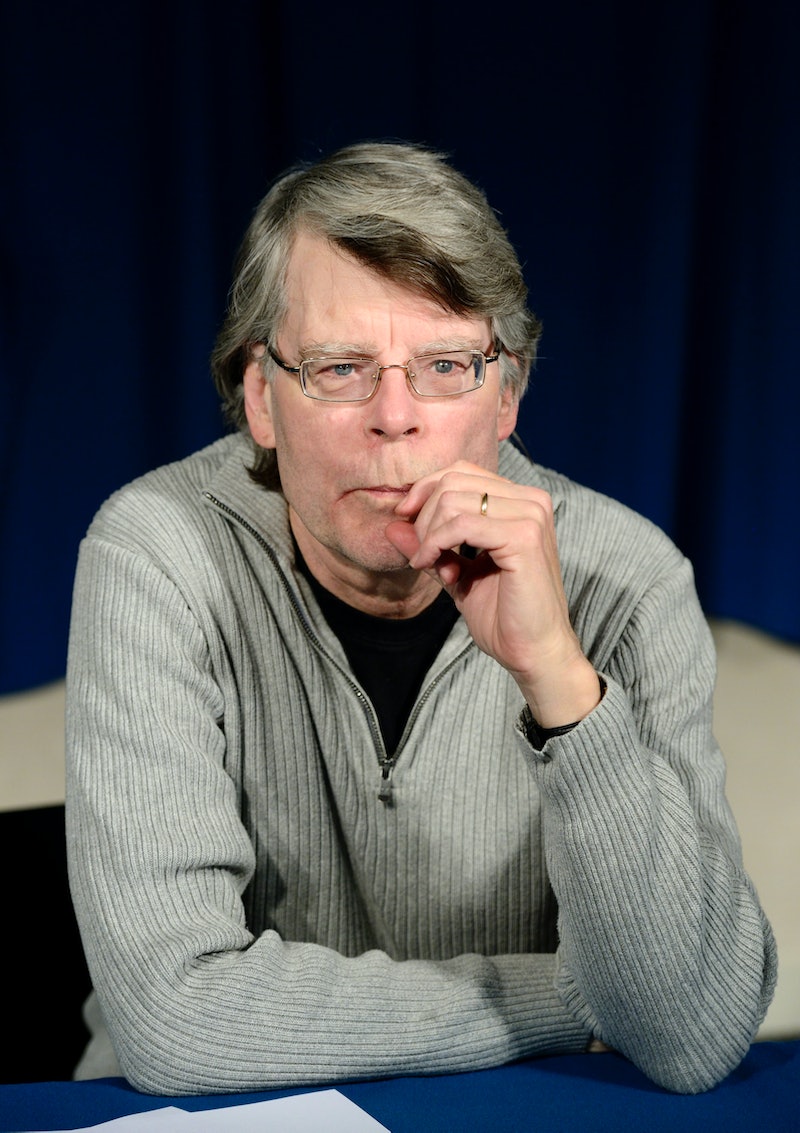 Stephen King has been a cult favorite for most of his writing career. He's given ambitious readers like myself a lifetime of work to catch up on. It's a challenging task, but hey, someone's gotta do it. (Don't worry, I'm not complaining!)

Stephen King can tell a story in a way that will make you want to double check all the nooks and crannies of your room before your go to sleep — just in case. He's set the bar high for current and future horror writers, that's for sure. Anyone who can make you scared to go to sleep at 23 years old is a pro.

Whether you began your foray into the Stephen King world way younger than you should have, reading It or Pet Sematary by flashlight, or you just stepped into his amazing, magical fiction, you know one thing for sure: Stephen King is in a class of his own. Either way, from one Stephen King fan to another, here are 10 things we all know to be true.

Twins Make You Nervous, Too

And if they're in a hotel? Forget it. Run for your life.

Love Your Pets — But Then Let Them Go

There was nothing creepier than the zombie pets of Pet Sematary. Even if we all do wish our pets could live forever, Stephen King taught us better than to ever actually try it. That book was one big "Don't try this at home kids!" Honestly, this book kept me up wondering about zombie cats, and worrying about my dog. But, seriously, just look at that thing. I'm going to give myself nightmares writing this.

Authors Are People, Too

He did it once with Misery and, many years later, did it again with Finders Keepers. Stephen King likes to remind his readers that we're all people. We all love books around here, but we know that they have an ending and the author has a real life. Stephen King reminds us all not to forget that — in a brutal way.

The Movies Have Nothing On the Books

I mean, obviously. The movies are scary and great in their own way, but they could never rival the amount of detail and terror the books held.

Be Nice — To Everyone

Carrie might have been his first book, but it remains one of his most popular to date. That movie was recently remade, and with good reason: to remind us all that the the message is alive and well — be nice to the girl everyone else makes fun of. Just, trust us on this.

Salem's Lot Was the Original Vampire Book, And They Definitely Weren't Sparkling

It came way before Twilight , and will make you fear every tap on your window, because, hello, that's how they get in! You have to let them. Although, wait — does this mean Stephen King's terrifying vampire's were more polite than Edward Cullen?

"Red Rum" is Anything But Your Next DIY Cocktail

In fact, if someone is talking about Redrum, you should probably run. Quickly.

Stephen King Gives Some of the Best Writing Advice Around

He has years of experience and life to speak from, but On Writing is one of the best books around for aspiring writers. Just look at who it's coming from! That section about handling (and using) rejection will always come in handy, too.

He knows writing, he is pretty much guaranteed to tell a good Thanksgiving story — way better than the usual family drama, for sure, and l know I'm not alone in thinking he has a pretty great Twitter, too.