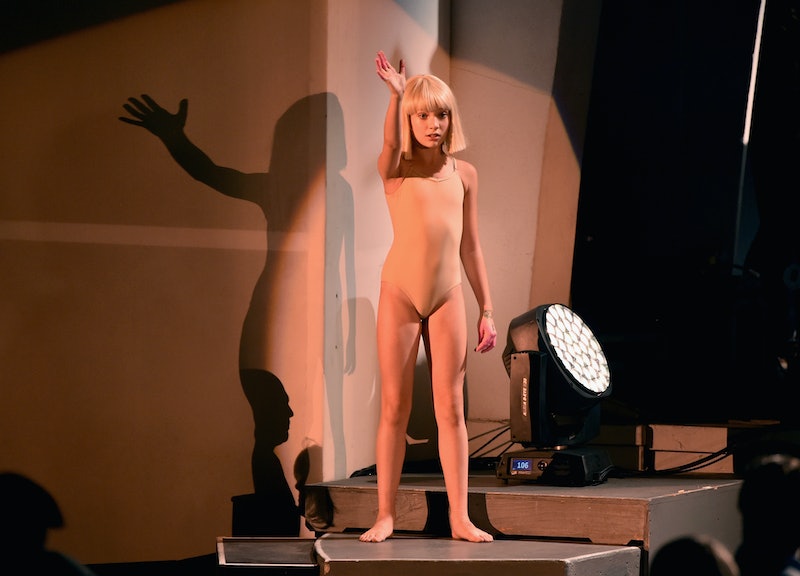 Although the moms of Dance Moms may have bonded over Abby Lee Miller's weave during the June 16 episode, the release of Sia's music video for "Big Girls Cry" with dancer Maddie Ziegler led to dissension in the ranks. The Ziegler sisters went head-to-head in the Season 5b episode "Maddie vs. Mackenzie" with two solo dances. While Mackenzie ended up beating her sister for first place (Maddie placed second and fellow Abby Lee Dance Company member JoJo took third), the moms had expected Abby's favoritism for Maddie to help the famous young dancer take home first. But the moms' most disgusting behavior happened in reaction to Maddie's third music video collaboration with Sia.

While Dance Moms fans can debate that Mom Melissa favors her eldest daughter Maddie over Mackenzie, she understandably was super excited that Maddie's third music video had just been released and was well way onto having over a million views. (After over two months, it has almost 50 million views on YouTube now.) Unfortunately, Melissa decided to share this news while her daughter Mackenzie was practicing her solo. The other moms took issue with this and started to read negative YouTube comments about the music video for "Big Girls Cry."

Everyone knows that negative YouTube comments are their own special brand of evil, so the fact that Moms Jessalynn and Holly had to bring down Maddie to her mom in this moment was not OK. Plus, why not come up with your own thoughts on Sia's creative videos?! Yes, "Big Girls Cry" doesn't have Maddie dancing and is freaky, but Maddie is incredibly talented and has given herself an artistic outlet away from the showy choreography of the ALDC.

Thankfully, the moms didn't criticize the music video in front of Maddie, but Melissa wasn't going down without some name dropping. She mentioned that Sia was texting her and she told the cameras that Shia LaBeouf was texting Maddie (they starred in Sia's music video for "Elastic Heart" together — my favorite Sia-Maddie video), so comments by 10-year-olds on YouTube weren't about to bother her. (Hm, Melissa doth protest too much.)

I don't know why I would expect anything else from the moms of Dance Moms, but Maddie's success as an artist far surpasses anyone else's on Dance Moms right now, and they just need to accept that. And while some people may think it's strange that Maddie is still competing with the ALDC at all (even with them being based in Los Angeles now), Maddie addressed that in "Maddie vs. Mackenzie" by saying that the competition team is her "number one priority."

Yet, when the showdown between the Ziegler sisters happened at the end of the episode, Mackenzie (deservedly) won first for her acrobatic jazz number, while Maddie got second place for her tap number. Tensions were high in the dressing room afterward since Maddie did not seem pleased about losing and the moms pushed Melissa to admit which of her daughters should have won first place. While I am a huge fan of Maddie, I have to disagree with Melissa this time and say Mackenzie did earn her first prize. But this one loss shouldn't take away from Maddie's talents. (Or Mackenzie's for that matter either!) Maddie is still a star in Abby's, Melissa's, my, and millions of other people's eyes. Now, can the other women of Dance Moms just deal with it?!