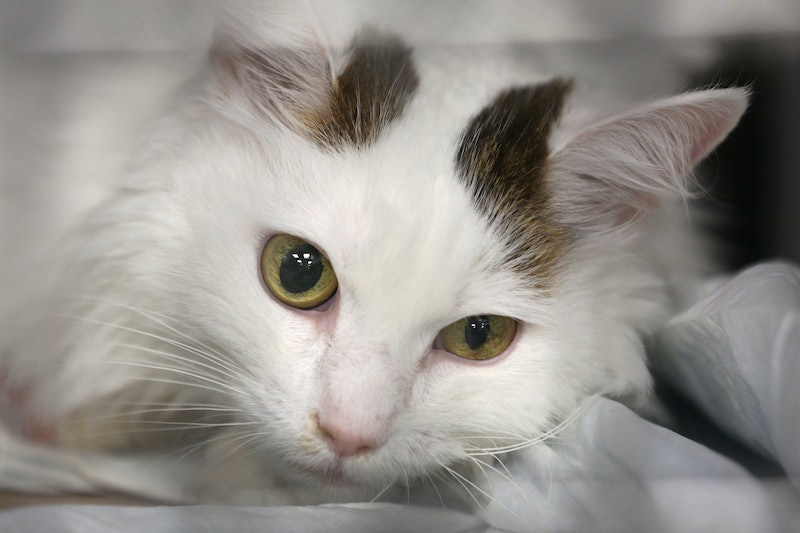 It is a truth universally acknowledged that literally everyone loves kitten videos. In college, I once lost four and a half hours of my life to watching videos of ragdoll kittens on YouTube (finals were a dark time, OK?), but as it turns out, that time was well-spent: according to a recent study, cute kitten videos could improve your mood. Are you stuck in traffic on the way home from a terrible day at work? Think of Lil' Bub. Did you just get your period even though you were looking forward to some birthday sex tonight? Time for some Pompous Albert. (Also, here is your gentle reminder that period sex is totally a thing.) You get the idea.

According to recent research from Indiana University, kitten videos are good for more than just wasting time at work, although that is definitely one of their most frequent uses. As of 2014, there were more than two million cat videos uploaded to YouTube, with almost 25 billion views altogether. If you don't think that cats rule the internet from those statistics alone, let me put it in perspective for you: original Internet Cat Maru has more than 21 million views. Taylor Swift's mega-hit "Blank Space" music video hasn't even hit a million.

The study was based on surveys given to 7,000 online participants, who were asked about their cat video viewing habits as well as their moods, and the results confirmed what we all knew intuitively already. According to the study, participants were more positive and energetic after viewing cat videos, and they frequently did so while procrastinating at work or school. Interestingly enough, respondents reported that the guilt they felt from procrastinating was far outweighed by the pleasure they got from watching Henri le Chat Noir's existential crisis.

Furthermore, lead author Jessica Gall Myrick speculated that this may actually help people focus in the long run, claiming that "the emotional pay-off may actually help people take on tough tasks afterward." Other findings included that certain kinds of people tend to watch cat videos more often; agreeableness, shyness, and ownership of a cat all predicted viewing amount. As you probably know from experience, only a quarter of cat videos are actually sought out. The rest of the time, people just happen to find them while doing other things and are helpless to resist the pull of, say... a basket overflowing with kittens.

If you've managed to make it through this post without succumbing to the pull of kitten videos, you are a stronger person than me. I've already watched Henri's video four times over the course of writing this article. Just to test your self-control, I'll leave you with this series of kitten videos. Good luck... You'll definitely need it.