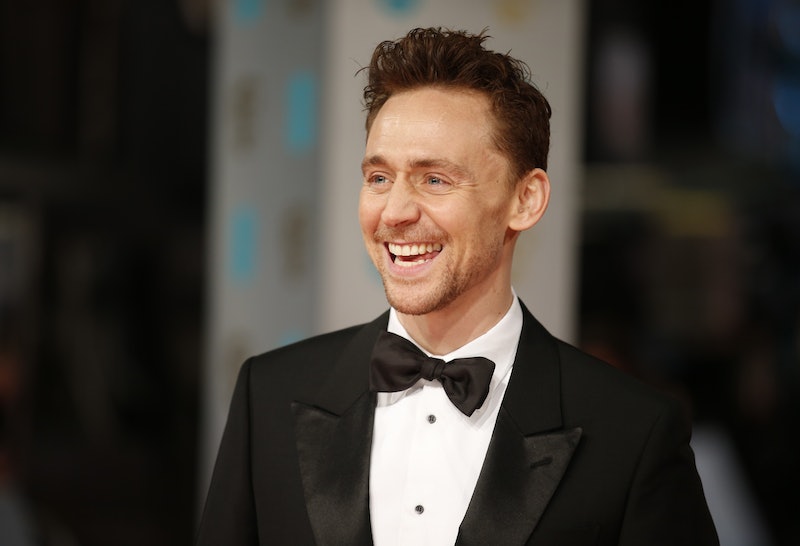 There’s that old saying that goes something along the lines of, “Don’t meet your heroes.” The meaning behind it is that, when you do, your dreams, hopes, and expectations will be positively crushed. Not because they’re always necessarily jerks or anything, but because no one can live up to the idealistic person you’ve created in your head. I’d say that is actually pretty good advice to give to most fans who long to meet their favorite celebs... except for those that worship the likes of Tom Hiddleston. In that case, meeting your hero won’t just fulfill your expectations, it’ll exceed them. Because, Hiddleston loves his fans more than any other celebrity, and there is definitive proof.

There is a whole lot of gushing that goes on the “Tom Hiddleston” tag on Twitter — some fans go on about how amazing he is with others, some praise his humility, and others... well, let’s be real here — gush about his handsomeness. However, it's not without merit at all: The actor can back up all of this seeming social media folklore. There’s not only written and photographic evidence of his sweet natured interactions with fans, but there’s video of it, too. Sure, Loki may be a bad guy, but, without a doubt, T. Hiddy is one of the best.

Here are 11 times Hiddleston proved he loved his fans more than any other celebrity:

1. When He Assured This Fan She Wasn't Crazy

2. When He Was The Absolute Cutest About All His Birthday Love

3. When He Took The Time To Not Only Take A Picture, But Follow Up With Those Fans On Twitter

Honestly, Tom? You're giving us all unrealistic celebrity encounter expectations.

4. Whenever He Partakes In A Simple Exchange With Fans

Like it's no big deal. Just a bunch of regular pals.

5. When He Was Humbled By Their Support

6. When He Tweeted Something Incredibly British About Having 1 Million Twitter Followers, But Us American Fans Were Sure It Meant He Was Full Of Gratitude

Pictures are most certainly worth a 1000 words.

8. When He Took Charge Of The Selfies

Clearly, he's not just one of those passive celebs who do it because they feel they have to. Hiddleston is a willing and active participant in fan fun.

9. When He Got Down To Their Level

Seriously, the most accommodating.

11. When He Started A Group Serenade For A Fan On Their Birthday

Seriously, can this guy get any more perfect?