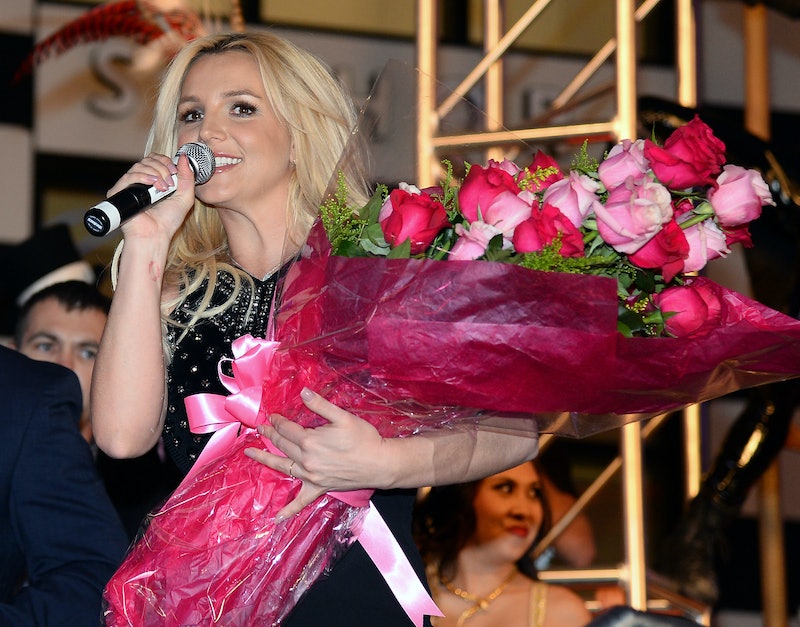 One person's yearly salary is another person's doggie care budget — assuming that other person is Britney Spears. The pop singer earns a lot of money, and seems to spend a ton of it on taking care of the little ones in her life, like her two children and two pooches, a white Maltese that she bought for $5,568, according to Page Six, and a Yorkie named Hannah, which she allegedly purchased for $8,212. The amount she put down just to make them part of her family is only the tip of the iceberg. TMZ reportedly obtained copies of Britney Spears' finances, which were filed in her conservatorship case, and the big news isn't that she spent a whopping $4,000 on Halloween decorations (though I'm personally desperate now to see photos of her house during the holidays), it's that she treats her dogs like monarchs.

In 2014, Spears reportedly spent $24,720 on her dogs. Allow me to break that down so that it makes more sense. I'm lying — nothing I could possibly write will rationalize any of this, but that's beside the point. She reportedly dished out $14,720 to pet sitters, $300 for each grooming session, and $12,000 in total for 12 trips to the animal hospital.

Before anyone bashes the celeb for squandering her money, pets are a small fortune. Especially dogs, which tend not to show favoritism when it comes to what they're willing to ingest, which could mean an emergency $1,000 trip to the animal hospital at 3 a.m. to extract three pairs of earrings from their bodies. But what in heaven's name is going on at the groomer's for $300? Are her dogs getting balayage and lip fillers? I'm all for doing whatever is within your economic means — assuming you've paid your bills and taxes first — but is anyone else not incredibly curious about this one?

Instead of rolling eyes at her, perhaps Spears should be given a pat on the back for spending less on her dogs in 2014 than she did the previous year. According to TMZ, the star spent more than $30,000 on her pets in 2013, which included $1,585 on clothing for them. BUT (yes, this warrants a "but" in all caps) Spears also works her tush off and her conservatorship assets allegedly total $45.9 million — and this figure doesn't even represent her total earnings for the year. Kinda makes what she spent on doggie highlights and manicures sounds like chump change now. Nope — I'm lying again.