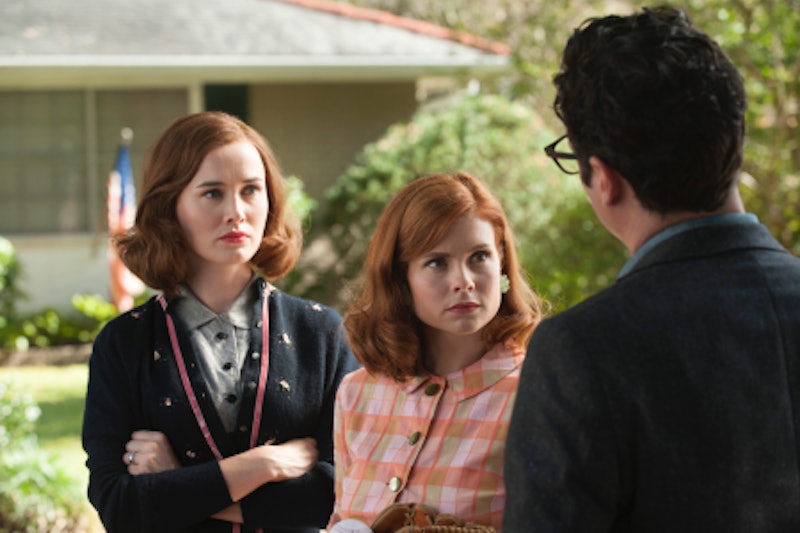 My most anticipated show this summer is by far The Astronaut Wives Club. It has some great actresses who I love (like Odette Annable and Joanna Garcia Swisher), it's a period piece (so you know the costumes will be great), and it's helmed by Stephanie Savage, who is responsible for masterpieces like Gossip Girl and The O.C. How could it not be amazing? It’s a home run. The Astronaut Wives Club is also based on a true story, by way of a book by Lily Koppel, and I love me some historical drama.The book, which is actually titled The Astronaut Wives Club: A True Story, takes a different perspective on the Mercury Seven astronauts. Although the astronauts' death-defying missions captivated America, the public seemed to be even more interested in the their wives. According to the book, these women had tea with Jacqueline Kennedy, were featured heavily in Life magazine, and were basically the envy of every lady in the country at the time. The women featured in the book include Annie Glenn (as in the wife of famed astronaut John Glenn), Rene Carpenter, and Trudy Cooper, who was also a licensed pilot. All of these women and then some serve as characters on the series, but how faithful will it be to the book and to the actual story of the real Astronaut Wives Club?

Not only does it appear that the TV series of The Astronaut Wives Club will be extremely close to the real lives of these brave women, but it will still be deliciously soapy as well. As Time explained, in 1959 all of the Mercury Seven and their wives signed a contract with Life magazine for total access of their lives and homes, but Life only showed the magazine-quality aspects. The Astronauts Wives Club is more than willing to dive into the messier parts of their lives. Executive producer Savage even told the Observer that the series tried to stay true to the book because of its accuracy. "The work that Lily did in researching everything and personal information that she gained by sitting down with the women and getting their stories was so valuable," she said. "So much of this material isn’t reported anywhere else so we really just wanted to stay true to that and I think we did that very well." And according to that material, the wives’ lives weren’t exactly all peaches and cream.

If you look to the Amazon.com listing of The Astronaut Wives Club (the book), a repeated complaint is that it tries to do too much with too many names, and leaves out many important details. By centering the TV series on just the wives of the Mercury Seven — Rene Carpenter, Louise Shepard, Trudy Cooper, Betty Grissom, Marge Slayton, Annie Glenn, and Jo Schirra — it will be able to focus on more of their behind-the-scenes lives.

While like any TV series, certain liberties will likely be taken with the wives and their secrets — after all, you can only know so much about another person and the series isn't autobiographical — I’m definitely looking forward to the part soap, part history aspect of The Astronaut Wives Club.

More like this
What Song Does Eddie Play in 'Stranger Things'? Metallica’s “Master Of Puppets” Ignites The Season 4 Finale
By Alyssa Lapid
Florence Pugh & Zoe Kazan Have Teamed Up For A Major New Netflix Series
By Rachel Mantock
'The Summer I Turned Pretty' Book Ending Is An Emotional Rollercoaster
By K.W. Colyard
At 14, Jenny Han Wrote Rom-Coms About Her Friends & Fan Mail To Leo DiCaprio
By Alyssa Lapid
Get Even More From Bustle — Sign Up For The Newsletter