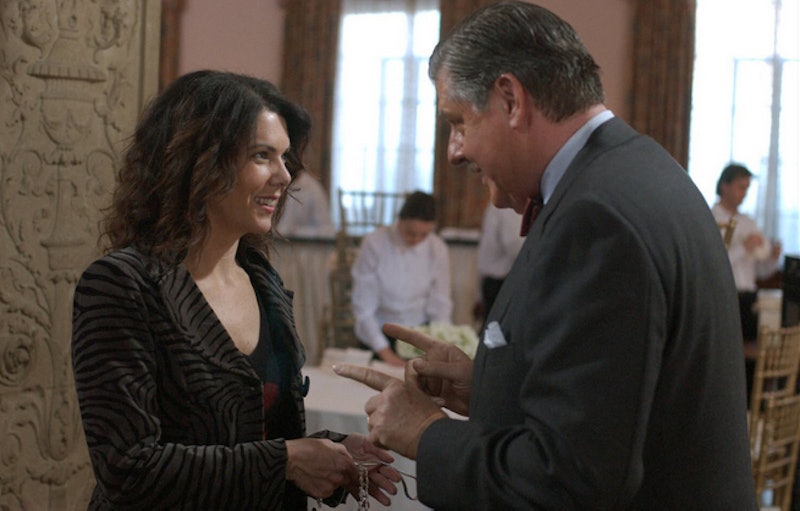 No matter how close you are to your parents growing up, as a little kid you tend to see them in one dimension. "This is Mom and Dad, they have always been Mom and Dad, the end." You are only vaguely aware they they had lives before you started sucking up all their free time, and even then, you don't really care that much about the Pre-You era of their lives. It's no wonder that there are a ton of things you don't realize about your dad until you're an adult.

I know this isn't the case for everyone, but at least in mine, it was way easier when I was growing up to get a sense of who my mom was. This is partially because I am her clone, and pretty much every thought I am thinking or will think is one that she has already had. Dads, on the other hand, tend to have a code that is a little more uncrackable when you're growing up. Only after you hit a certain level of humanhood do you start discovering some facets of them that you might not have even thought of as a kid, because there are just certain topics that it doesn't even occur to you to explore before you are grown. Here are a few things you figure out about your dad when you're an adult:

He did, in fact, have a life before you existed

Of course, you acknowledge that as a kid, but you don't really understand it until you're suddenly at an age that you could potentially have kids yourself. It is one thing to think of your parents as kids, but it's entirely different to think of them in that "in between" stage, after they grew up but before they had you. Suddenly those in between stories have a lot more meaning than they used to, and give you a necessary baseline for your own experiences. Suddenly the words "when I was your age" are less of an imposition and way more of a relief.

He totally got into trouble as a kid, too

I always knew to some degree that my dad was a troublemaker—when I was a teenager I compiled a bunch of letters from his old friends as a birthday present with my mom's help, and there were a few letters I wasn't allowed to see, lest they inspire any of us to mimic my dad's teenage shenanigans. But while I always knew this about him, in adulthood it gives you a completely different frame of reference on how unfully-formed humans can be even in their twenties and thirties. My dad may have been rather lawless in his youth, but in the time I've known him he has been one of the most responsible, caring, and wise people you'll ever meet. I'd like to think that that means the rest of us have a chance to experience that kind of growth and become better versions of ourselves over time.

This is both a consequence of your parents inevitably telling each other everything you tell the other one, and because not much gets past your dad even when you think you’re being super crafty. I don’t think my dad has ever been surprised by anything that has come out of my mouth. Only after this happened well into adulthood did I come to appreciate that dads pretty much know what you’re going to do at least a mile before you’re even thinking about doing it, even if they keep it to themselves.

There are things that make him cry, too

I don’t know if it’s because parents just tend not to ever get emotional in front of kids, or because as kids we just didn’t notice when they did, but there is no greater relief than seeing your dad get teary about something that you also feel emotional about. I have this weird tendency to get misty-eyed when I describe happy things or even watch emotional commercials, and although I’m pretty sure my dad will be embarrassed that this ever made it to print, I’ve realized that we are alike in that. I feel like as we all get older, we’re less inhibited about showing “weakness” in front of each other, and it makes us all feel closer in adult child-parent relationships on a much more meaningful level than we felt as kids.

I personally thought My Life Was Over because of the very few things my dad took a stand on, like not letting me go to a haunted house full of grabby people after I had just hit puberty, or not wearing string tank tops to school, or even not going on auditions by myself in sketchy neighborhoods. I get that some of it was old-fashioned by today’s standard, and the version of me growing up in 2015 instead of 2003 might have totally launched a viral dress code campaign against him for it, but every little “rule” I groaned about was made out of love. I’m thankful for every little thing that he wouldn’t “let us” do as kids, because it meant I had a dad who cared enough about my well-being to make those rules in the first place (no matter how he was punished by our occasional whining about it).

You really do want your future partner to be like him

Curse every cliché that brought us to this moment, but yeah. I’m not settling for anyone who isn’t as funny or kind or, as my dad self-describes, “studdly” as he is. Sorry not sorry, 99.9% of Tinder.

You’re pretty damn lucky to have him

As kids, you acknowledge that not everybody has a good relationship with their dad—but as an adult, you actually see your friends in that situation struggle and come to terms with it. I cannot pretend to understand what it is like to have a sucky or indifferent dad, but I do know that hearing people share those experiences in adulthood has made me appreciate my own dad in way that I just wasn’t capable of with my limited perspective as a kid. It’s a good reminder not just to be grateful for having an awesome dad, but to make every moment that you have with him count.