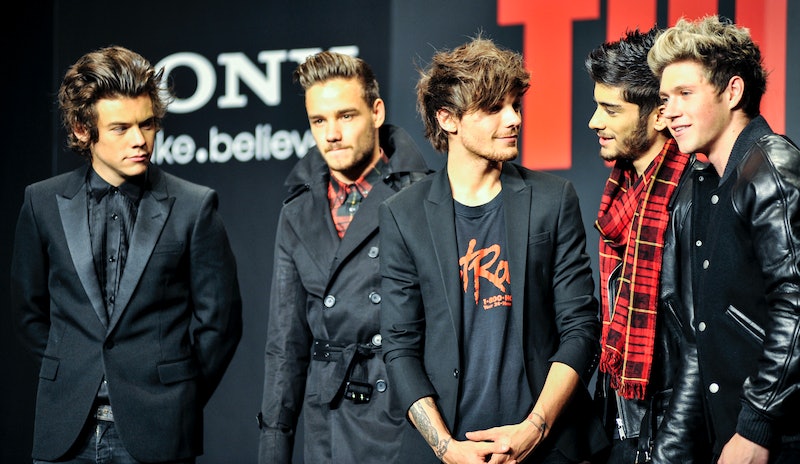 Let's all just ignore the fact that half of One Direction's Midnight Memories album leaked last night, because illegally downloading music is wrong and we would never want to steer you astray from the straight and narrow path you're on (WINK) — and, instead, focus on his newly, officially released song from the band. This morning, One Direction dropped "Diana," the newest single from Midnight Memories.

Though at least one track off this album is worth a listen, "Diana" is pretty much more of the same. In fact, I'm pretty sure I wouldn't be able to tell this song apart from any of their other hit songs if I were asked to, which is not that great a sign for a new single. I'm beginning to realize, though, that when you're One Direction, this doesn't matter; as long as you're churning out new material every few months to keep the fangirls appeased, it makes no difference what the song is.

Like this one, presumably about a girl named Diana: I have no clue what the lyrics are about past the fact that a girl named Diana is crying — "Let me be the one to light a fire inside those eyes/ You've been lonely/ You don't even know me/ But I can feel you crying/ Diana," — but the song is going to sell anyway.

You can check out the track below if you're interested. Midnight Memories is set to be released in full on Nov. 25.