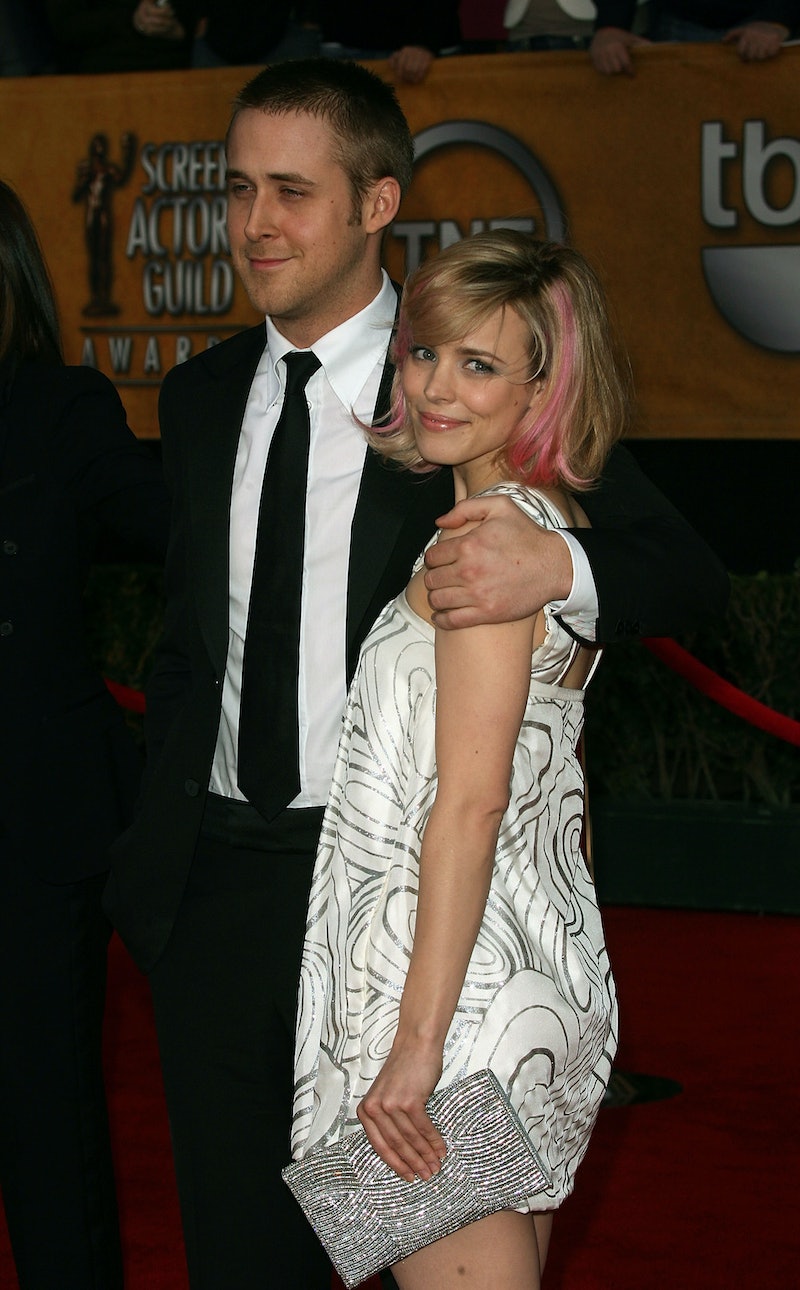 You've probably heard that Ryan Gosling and Rachel McAdams might be back together. Granted, his breakup with Eva Mendes remains unconfirmed. The Gosling/McAdams reconciliation remains unconfirmed. Everything is unconfirmed. Everything, that is, but the objective truth that Gosling and McAdams will always love each other. You can feel it. Like, even when they're not in a movie together, you can totally tell they're thinking about one another. Or, at least I can. I'm not a body language expert, but I am aces at reading into any and every face people make. Is it a healthy practice? Probably not. But I do it anyway.

In order to get answers about Gosling/McAdams, I've done quite a bit of sleuthing and investigating. I'm wiped out. But you know what? All of my evidence proves that Gosling and McAdams were always meant to be together/always in love/always thinking about each other, so it was worth it. GIFs don't lie, my friend. GIFs don't lie.

"In character" or "moping about Rachel McAdams?" The answer is "both":

He's not even looking at the stuff on the aisles. Too distracted by love:

Who else smiles this angelically other than Ryan Gosling's soulmate?! Her smile is so pure and brilliant because she is forever linked to Gosling:

Like, I dare anyone to try smiling like McAdams. Guess what? No one else can pull it off. You know why? Because there is only one Gosling soul mate:

Obviously, Gosling is pretending to respond to something the interviewer said when really, his mind wandered to a funny memory he shares with McAdams. He is:

When McAdams delivers this line in The Time Traveler's Wife, she's OBVIOUSLY thinking about Gosling. You can sense it:

The way his brow is furrowed suggests he's concentrating on writing a song that properly captures the beauty and majesty of his bond with McAdams:

This face really says, "I would rather be hanging out with Ryan than pretending to be on the phone right now":

Again, I understand that he's acting. But if you look in his eyes, you can read the subtext. The subtext: He doesn't want Rachel McAdams to ever leave his side in life:

And finally, who better to be together than two birds disguised as humans?: