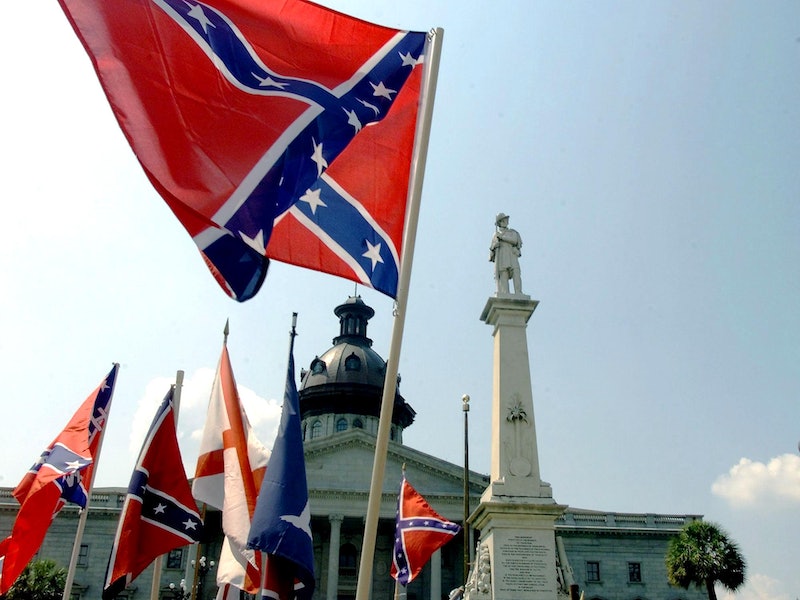 If you’ve never been to South Carolina, you should go. I’m probably biased since I grew up there, but — that honor aside — the state is home some of the best beaches, best golfing, and best food you could ever want. More than 8.7 million people vacation in South Carolina each year, according to the department of tourism and recreation website. And the state depends on the $1.3 billion in tourism dollars to cover important services like public education and supportive housing programs. Not to mention, tourism supports the salaries of at least one in every 10 jobs. But there are some important facts about racism and gun violence in South Carolina that you should know before you plan your trip.

It’s true that the Palmetto State (that’s a tree, by the way) is known for its laid-back, outdoorsy vibe. Tourists flock to Charleston, Hilton Head, and Myrtle Beach for the southern hospitality and charm. In fact, Charleston has been named one of the country's top travel destinations for several years running. But it’s also true that South Carolina struggles with a turbulent, often troublesome relationship to race.

For instance, it’s one of the few places where you’ll still see the Confederate flag flying above public buildings (not just over private residences). In fact, not only is that extremely potent symbol of pro-slavery rebellion and post-civil war bigotry still flying, but it’s also flying today just hours after a gunman killed nine people (including a state senator) in a Charleston church.

And as if to welcome all who would salute that flag, South Carolina is home to at least 19 racist political movements, according to the Southern Poverty Law Center. That list of groups, available at Hatewatch.org, is truly a who’s who of bigotry, including anti-LGBT groups, anti-immigrant groups, two branches of the Ku Klux Klan, three neo-Nazi groups, and six pro-confederacy organizations that support secession from the US.

Let me be clear: These are active hate organizations that hold recruitment drives and host public protests against immigration and civil rights.

Few outside of South Carolina were familiar with the North Charleston community before this past April, when Officer Michael Slager shot 50-year-old Walter Scott in the back. Following that shooting, federal investigators began to investigate what the city’s residents had been saying for years: Black men in South Carolina were being targeted for racialized attacks by community police officers. In fact, if not for the brave young man who kept his camera trained on the officers on the scene, the public might never have known the truth about what happened to Walter Scott.

Following that case and the public protests in North Charleston this spring, South Carolina passed a law mandating body cameras for police officers. That’s definitely a step forward, but it's not enough. South Carolina remains one of only five states without a hate crimes law and still holds one of the highest rates of firearm death in the country.

Finally, in what might be one of the biggest ironies surrounding the Emanuel AME shooting, Reverend Clementa Pinckney, who is also a state senator, tried two years ago to get a bill passed to force firearms dealers to conduct criminal, family, and mental health background checks before selling someone a firearm. That bill never made it out of committee.

I have mixed feelings about my home state today. The racial and cultural tensions that those who live there have seen and grappled with for years are finally being reported for the world to see, which could make some people uncomfortable about spending their tourist dollars there. But, without tourist spending, some of the same communities at the center of the racial tensions would be cut out of the state's economic growth. And that would only make matters worse.