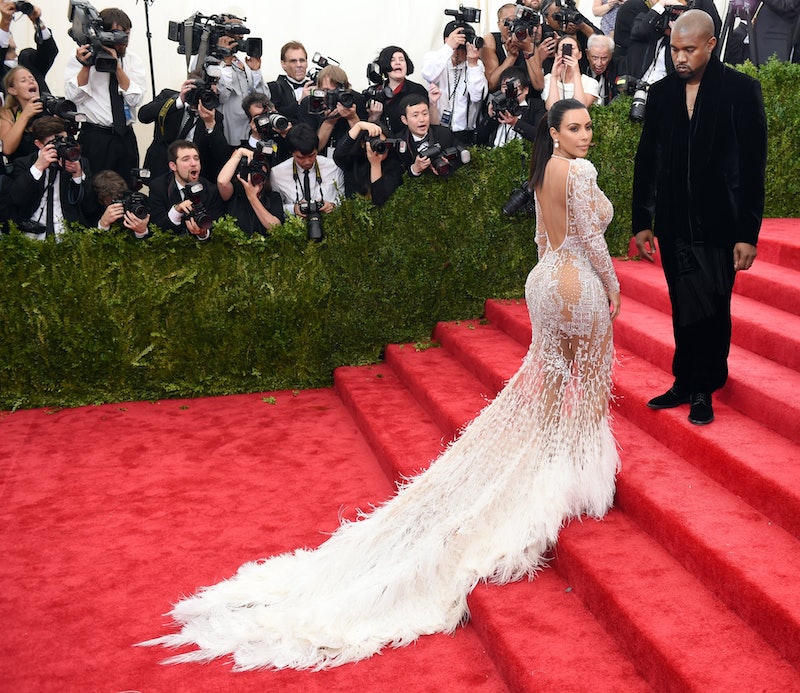 Today in Keeping Up With The Kontroversy, Kim Kardashian is making waves, which is nothing new, but this time it's with a very strange, specific audience: people who listen to NPR's well-known quiz show, Wait Wait... Don't Tell Me!, on which Kim was a guest this past Saturday. Listeners were so outraged that Kardashian was the celebrity guest for the segment "Not My Job," that some even said they were so incensed by her guest spot that they would withdraw their donations to the public broadcasting station.

Alright, first of all, way to TOTALLY live up to every single stereotype of yourselves, NPR listeners. You're giving the rest of us public radio lovers a bad rap! I personally heard the episode in real time, and was DELIGHTED by it. Kim Kardashian? Amazing. "Wait Wait... Don't Tell Me?" AMAZING! Two of my favorites from the pop cultural zeitgeist colliding in a sublime meeting. Even though I am not surprised, per se, about the responses from NPR listeners, I am pretty disappointed, and just generally, grossed out. Their comments range from snide to downright classist, sexist, and elitist. One listener said of Kardashian, "She has no business in any civilized forum." Sorry, buddy, seems like you've confused yourself with Kardashian, because that's the kind of inane vitriol public forums don't need.

If I've said it once, I've said it a million times: I will defend Kim Kardashian at all costs. Not only is she fascinating, she's one of the most successful businesswomen alive today, and part of what is essentially an American royal family. And, in a bizarre post-modern twist, Kardashian is, honestly, one of the most reflective and prescient mirrors of our culture right now. Everyone is constantly watching her every move, ready to pounce when she screws up, blaming her for the fall of American civilization. And the coolest thing is, she seems to be pretty savvy, in my opinion, to the fact that her haters are literally her motivators and they don't themselves see it.

And why wouldn't someone with that kind of power and cultural significance be featured as a guest on Wait Wait? The barrage of hateful emails surprised everyone at NPR, too. The NPR ombudsman Elisabeth Jensen — the person who wades through all of the complaints — spoke to executive producer of the quiz show Michael Danforth who said, "Of course we tried to book her, because she's huge. She is a favorite in our lives." He called it "a totally normal booking. We always try to book people who are culturally relevant."

But, apparently, the bad apples in the NPR listener bunch seem to still think that Kim Kardashian is everything wrong with kids today. And they went as far as PULLING MONEY because of her appearance on the show. That's not very kindly, public radio supporters. What do you think that Mr. Rogers would have to say about that?

That said, I'm sure you, dear reader, know that Kim Kardashian is a cultural touchstone and an extremely powerful woman who changes the media every day by the way she forces us to interact with her. (Bustle entertainment editor Kelsea Stahler really hit the nail on the head when describing meeting Kim K. herself.) But still, some listeners of NPR seem to think there's still such thing as highbrow and lowbrow culture, but that's just a joke. Kim K. is here to stay, and the proof is in the pudding: whether you love her or hate her, you have an opinion about her, and you know who she is.