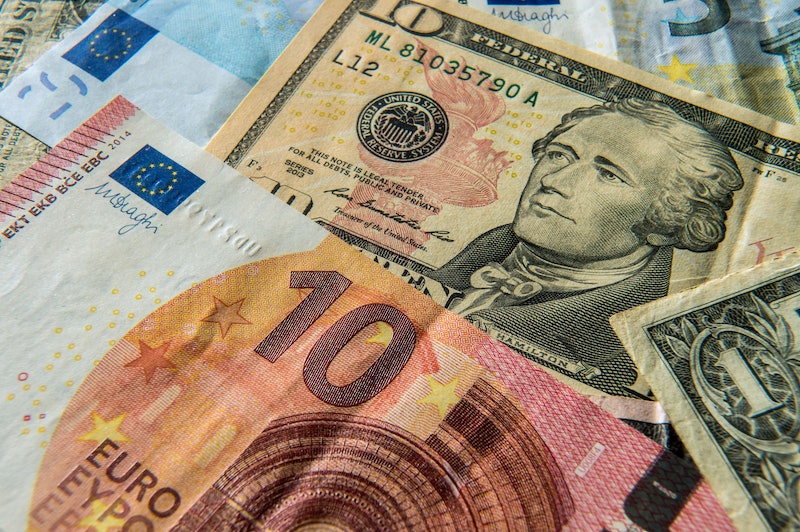 There is an emotional arc to the news that there will be a woman on the $10 bill. First — HELL YES, IT'S ABOUT TIME. But there's an aftershock here when you realize a few things: A) It was supposed to be a $20. B) It might not be Harriet Tubman. Those two expectations came from the nationwide campaign launched in March to put women on paper currency, as voted on by the good people of the United States. So how did Women on 20s react to the news about the new $10 bill?

The Women on 20s campaign organized a vote to see what woman should grace the a $20 bill. According to its wish list, the new bill would go into effect in 2020, the centennial of the 19th Amendment's passage that secured women's right to vote (beautiful, isn't it?). Over 600,000 people voted, ultimately picking Harriet Tubman to take Andrew Jackson's place.

The U.S. Treasury made that wish come true. Sort of. Actually, not really. On Wednesday the Treasury announced that a woman would be on the...$10 bill, only half the value they were going for. It will come out on 2020, but it's unclear if Tubman will be the pick. Not to mention that Women on 20s aimed for the new bill to be in circulation by 2020. The Treasury only promised it will be unveiled by then.

Oh, yeah. And women have to share it with Alexander Hamilton. Huh.

So how did the women who worked tirelessly to get a woman on the $20 react to the undeniable downgrade? Founder Barbara Ortiz Howard told Wired that this will break what she calls a "paper ceiling."

Women have been major contributors to our society and culture and have not been represented in a fair way. It will serve as a great model and help shift our cultural perspective on the capacity and abilities of women.

Her partner, Susan Ades Stone, was a little more open about her disappointment when she spoke to National Journal. "The fact that a women will be sharing the bill... It seems like a hedge in a way," she told the publication. But she did acknowledge that the Treasury took a huge step forward and believes that they will take Women on 20s vote into consideration.

Our money is going to reflect who we are as a society now. I think it's long overdue. This should be the next best thing. We've been asking for historic change, and this is the first step.

I agree with their sentiments. Happy? Yes. Completely happy? No. But it's an important start that Women on 20s undoubtedly helped spark.