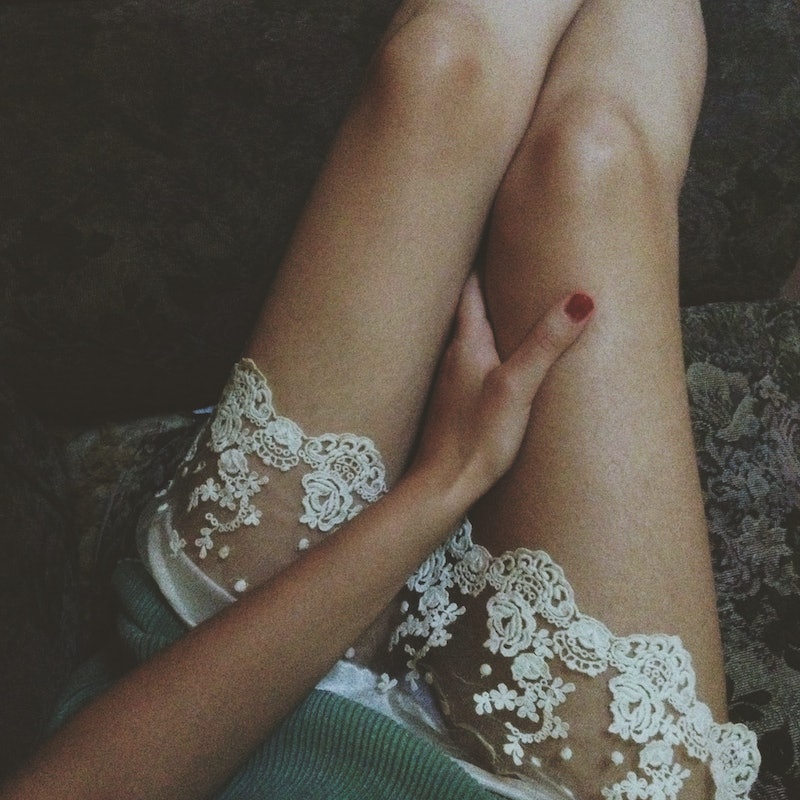 While the country as a whole was awarded a meager C, 15 states received "failing grades" for their stance on reproductive health rights in the report card for 2014 issued by the Population Institute. The report card, the third issued by the international nonprofit, judged the nation and each state on a four-part criteria: effectiveness, prevention, affordability, and access. Although a falling teen pregnancy rate and increased access to reproductive health care via the Affordable Care Act raised the U.S. grade this year from a C- to a C, the harsh measures against reproductive choice and sex education in many states leaves much to be desired from the country as a whole.

"This year should have been a great victory for women's reproductive health," said Population Institute president Robert Walker in a press release. "Unfortunately 23 states have refused to expand their Medicaid coverage leaving millions without increased access to services and states continued their attack on reproductive rights."

The idea for the report card came about at the height of the "war on women," when it became increasingly clear to the Population Institute that while there was a dialogue happening on a national level, the majority of Americans did not know of the policies taking place in their home states. "We really wanted to do a deeper dive and take a look at the various ways women's reproductive health was being affected," says Jennie Wetter, director of public policy at the Population Institute, in an interview with Bustle. "I feel like this is a great advocacy tool that will allow women to be educated ... and able to act on that."

So, which states didn't make the grade? These are the places where women's reproductive rights are the most at risk.

Fails include: Mandatory waiting period of 48 hours between counseling and abortion; parental consent is required; 59 percent of women live in a country without an abortion provider.

The most recent legislative period for Alabama was different than most — it was the first time in five years that legislators did not enact laws restricting or targeting abortion. It was not for lack of trying; pro-choice advocates fiercely tried to pass a law prohibiting clinics from operating 2,000 feet from public schools. It never made it out of the Senate and Dalton Johnson, owner of the Alabama Women's Wellness Center, received a Medal of Liberty from the American Civil Liberties Union for his dedication for keeping his clinic open. Reverend James Henderson, the author of the bill, is confident the bill will pass in the next session and was unimpressed with Johnson's achievement. "I don't see the award as having any meaning at all," Henderson told Alabama news site AL.com.

Alabama lawmaker's received some notoriety in 2014, when they passed a law that appointed attorneys to fetuses in the instance that a minor must request permission from court for an abortion. In response to the bill and the fact that Alabama has no statewide defender program, The Daily Show's Jessica Williams retorted, "If you can't afford an attorney, Alabama has got your back — until the day you're born."

Fails include: Does not mandate sex education in public schools; no laws affirming a woman's right to emergency contraception in the emergency room; did not expand their Medicaid program under the Affordable Care Act.

In a state with only two abortion clinics, some women go to desperate means to terminate their pregnancy — gut wrenching decisions that are mourned by both pro-choice and pro-life advocates. In the case of Jennie McCormack, who was charged with a felony for at home abortion far later than the 14 weeks she assumed she was at and many weeks after the intended use of the abortion pill — pro-choice advocates see decisions like hers as signs of desperation.

Fails include: Ultrasound is required; woman must undergo mandatory counseling including information on fetal pain; does not require that condoms be a part of sex education.

While 93 percent of Indiana counties have no abortion clinic, there are positive steps being taken for the welfare of women's health in Indiana. As Lauren Barbato reported for Bustle, the All-Options Pregnancy Resource Center has recently opened in Bloomington — an effort ten years in the making. The facility considers itself the first crisis pregnancy center to provide abortion referrals and funding since the passing of Roe v. Wade, attempting to rebrand CPCs as a positive place for women. There are more than 4,000 CPCs nationwide — the fast majority of which are ran by anti-choice volunteers under the guise of being comprehensive health centers.

The Center for Reproductive rights has recently filed a lawsuit challenging a Kansas law prohibiting dilation and evacuation (D and E) abortions, which is slated to go into effect on July 1st. The law would ban the most common method of second trimester abortions which is used by 95 percent of women seeking an abortion at that time. Kansas would be the first state to issue a bill of this nature, legislation that has been compared to forced ultrasound laws; which are described by leading medical groups like the American Colleges of Obstetricians and Gynecologists as invasive and breaching of medical ethics.

"Women in Kansas are already subject to a number of onerous abortion restrictions in the state," says Center for Reproductive Rights staff attorney Genevieve Scott in an interview with Bustle. "This will compound those restrictions that already exist and make it so that women will have to undergo lengthier procedures that have increased risks and no medical benefits. To require women to undergo unnecessary and painful medical procedures is not only onerous, but offensive."

Fails include: Ultrasound must be displayed and the image described; mandatory period of 24 hours between abortion counseling and procedure; does not mandate sex education in public schools.

In 2013, Louisiana enacted ten abortion restrictions — the most out of any state. Governor Bobby Jindal signed into law House Bill 388 in 2014, which requires that doctors who provide abortion care must also have admitting privileges at a local hospital. The Center for Reproductive Rights states that less than 1 percent of abortion patients encounter complications and the law "can be impossible to satisfy because of hospitals' inclination to deny admitting privileges to abortion providers for reasons not related to the doctors' qualifications."

Fails include: Consent is required from both parents for minors; women must undergo mandatory counseling including information on link to breast cancer; sex educations does not require information on contraception.

There is only one abortion clinic left in Mississippi and Governor Phil Bryant has said that it is his goal to shut it down. Additionally, Mississippi did not expand their Medicaid program under the Affordable Care Act, leaving nearly 54,000 women with no insurance options. This lack of insurance may contribute to the high number of women dying in childbirth, reports The Washington Post, and Mississippi's maternal mortality rate has been growing for more than a decade.

Additionally, it should be noted that the overwhelming conclusion by researchers is that abortion has no link to an increased risk for breast cancer.

Fails include: Mandatory wait period of 72 hours between counseling and procedure; has not expanded their Medicaid program; does not require condoms to be a part of sex education curriculum.

Besides enacting a law that allows pharmacies to refuse to stock contraceptives, Missouri funds crisis pregnancy centers directly through taxpayer funds. Additionally, the state offers tax credits for individuals who donate to CPCs. Meanwhile, 97 percent of Missouri counties have no abortion providers and the the state House and Senate are firmly anti-choice.

Fails include: Does not mandate sex education in public schools; counseling including information on negative psychological effects is required; has not expanded their Medicaid program offering family planning services.

Both the Governor and legislature of Nebraska are anti-choice and the state restricts insurance coverage of abortion for all individuals. It's considered one of the five worst states for reproductive rights, according to the Institute for Women's Policy Research.

Fails include: No requirement to teach about condoms and contraception in sex education; mandatory waiting period of 24 hours between counseling and procedure; both parents must consent.

In 2013 North Dakota enacted four anti-choice laws and according to NARAL restricts low-income women's access to abortion. Pro-choice advocates achieved a victory in April 2014 when federal judged overturned a ban on abortions as early as six weeks.

Fails include: No laws affirming a woman's right to emergency contraception in the emergency room, parental consent and notice is required; mandatory ultrasound.

In Oklahoma, sex education is not required by law and local school boards choose whether or not to provide sex-ed. If sex-ed is provided, abstinence must be covered and stressed as the only completely effective method against pregnancy. According to the CDC, Oklahoma has the fourth-highest teen birth rate in the nation.

Fails include: Mandatory waiting period of 72 hours between counseling and procedure; has not expanded their Medicaid program under the Affordable Care Act; must undergo mandatory counseling including information on fetal pain and negative psychological effects.

The Institute for Women's Policy Research considers South Dakota the worse state in the nation for reproductive rights. Nearly a quarter of the women there do not have an abortion provider, reports The Atlantic, and the state does not require insurers to cover infertility treatments.

Fails include: No requirement to teach about condoms and contraception in sex education; 63 percent of women live in a county without an abortion provider; parental consent is required.

In a state where the Senate and House are both anti-choice, Tennessee also has a "Choose Life" license plate program. In May 2015 a law was passed requiring women to wait 48 hours between counseling and procedure; physicians who do not comply with those rules face felony charges or risk having their medical licenses revoked. In a press release the Planned Parenthood of the Greater Memphis Region described the law as "a tool to shame and disgrace women."

Fails include: Abortion prohibited after 20 weeks; does not mandate sex education in public schools, ultrasounds are required to be shown and described.

Texas actually received an F- from the Population Institute for: "Increasingly restricted access to clinics in the state due to the implementation of HB2, the anti-abortion bill that passed in the summer of 2013, which is forcing clinics to close across the state." Wendy Davis famously filibustered HB2 for 11 hours.

Fails include: Women must undergo an ultrasound when seeking an abortion; mandatory waiting period of 24 hours between counseling and procedure; parental consent and notice is required.

While Governor Terry McAuliffe is pro-choice, he is contending with a pro-life House of Delegates. According to the ACLU of Virginia, the state restricts insurance coverage of abortion and requires that abortion providers meet "medically unnecessary building requirements," which are not required of other medical professionals. Over half of Virginian women do not have access to safe, legal abortion care; 85 percent of Virginia counties do not have an abortion provider. In the image below, the counties and states in blue are where abortion care can be found:

Fails include: Did not expand their Medicaid program under the Affordable Care Act; parental consent and notice is required; only one abortion clinic remains.

While abortion access in Wyoming is abysmal and sex education in public schools is not mandated, the state's teen birth rate has declined for the last six years. This is namely because of places like the Title X clinic provided by the Laramie County Health Department, which teaches sex-ed to all junior highs and all but two high schools in the county. The county saw 165 teen births in 2006. In 2013 there were 96 teen births, which family planning director Linda Thyfault believes is in direct correlation to increased access to sexual education.

An earlier version of this article suggested the American Colleges of Obstetricians and Gynecologists had a firm opinion on SB 95. We regret this error.