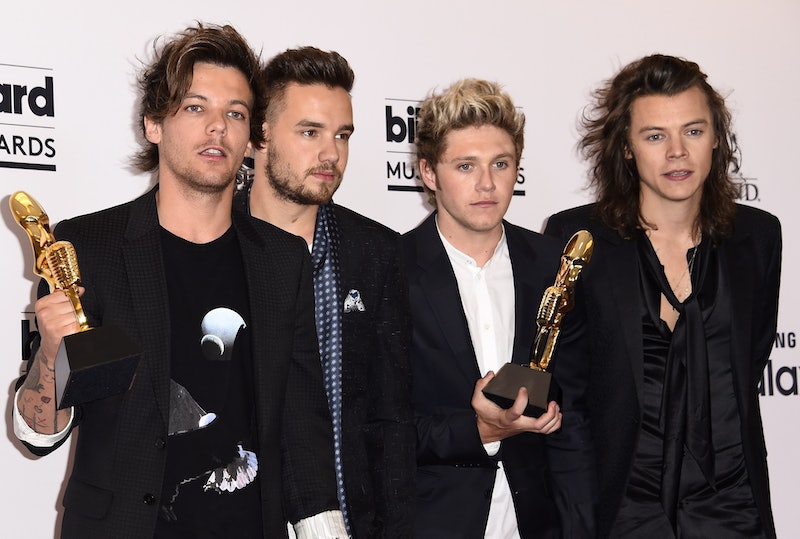 Generally speaking, most One Direction fans are young. They are usually under the age of 18, which is the legal age of consent for getting a tattoo. But guess what? There are loads of Directioners with One Direction tattoos, which I hope were obtained with parental permission or blessings. One Direction themselves are known for their tattoos, many of which, in my opinion, are poorly done. Sorry, not sorry! But the fans have really put some serious thought, creativity, and passion into 1D-inspired ink.

Yes, some are of Harry Styles' pretty face, while many are actually of phrases the boys have said in interviews, transcribed in their handwriting — yes, the fans are that dedicated. The large majority of the fans tattoos are, not very surprisingly, of 1D lyrics. The heartfelt, swoon-inducing ballad "Little Things" is quite popular as a 1D tattoo, which actually makes it a 1D x Ed Sheeran tattoo, since the ginger penned the song. But hey, who's being that specific?!

Directioners are happy to share their permanent expression of their love for the band on social media. Some haters might scoff at 1D tattoos, suggesting that fans will eventually mature and outgrow their love of the band in favor of first boyfriends, and therefore will experience some ink regret when they no longer care about Niall Horan's love life or guitar playing skills.

However, I could not disagree more, since tattoos represent chapters of your life and even if you move on, that doesn't mean a special event or person is erased. So a tattoo commemorating such occasions or people needn't be regretted.

OK, back to the fans, though. Here are some of the most memorable 1D fan tattoos on the Internet — and, yes, there are a lot.

I'd also like to quickly mention that I am way over the average age of a 1D fan, and I adore them. They are angels and I remain mixed about the self-imposed Zayn Malik exile.