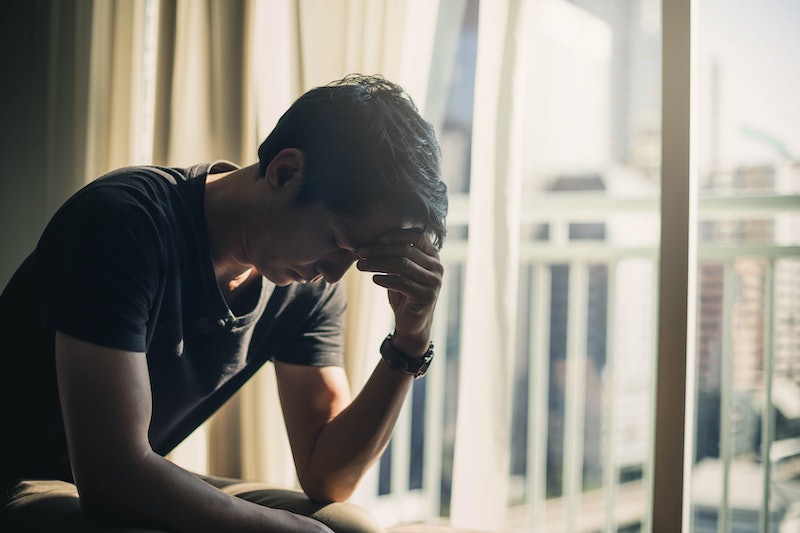 Despite the popular notion that men are incapable of being sexually assaulted, one in 33 American men is the victim of attempted or completed rape in his lifetime, according to RAINN. It's a problem in Sweden, as well, which the Gatestone Institute calls the "Rape Capital of the West" because it has the second-highest incidence of rape in the world. But help and resources for male sexual assault victims in Sweden will soon be much more readily available: Stockholm's Södersjukhuset hospital will be opening an emergency crisis center for male rape victims this October.

In 2014, 370 cases of rape were reported by men and boys — and this number is a low estimate, since men are even less likely than women to report the crime. Yet while there are many rape crisis centers for women around the world, including in the Södersjukhuset hospital, centers for men are scarce worldwide and have hitherto been nonexistent in Sweden. The Södersjukhuset hospital's new crisis center, however, aims to change all that, with the end goal being to "ensure 'gender equal' emergency care for rape victims of both sexes," according to The Local.

In an interview with The India Times, Inger Björklund, a spokesperson for The Swedish Association for Sexuality Education, said men often have nowhere to turn when they are sexually assaulted: "There are myths about masculinity that make it difficult for men who have been sexually traumatized to talk about their experiences." Here are some of these myths about masculinity and sexual assault and how they stand in the way of men getting help.

Men are often afraid to report being sexually assaulted because others may not believe the encounter was unwanted or may believe they are less of a man for not wanting it. This is especially true for men assaulted by women; they're supposed to feel lucky when actually they feel traumatized. There are many reasons a man may not want sex with a given person at a given time, and they're just as valid as any woman's reasons.

2. Myth: Women are incapable of sexually assaulting anyone.

While there aren't many precise statistics available, more women have committed sexual assault against both women and men than most people would assume. The myth that they don't makes people assaulted by women afraid to come forward.

3. Myth: Same-sex assault does not occur, or if it does, it means the victim is gay.

93.3 percent of male rape victims reported in a CDC survey that their rapists were male, which strikes down the first part of that myth; and to address the second, the statistic doesn't say anything about the victims' sexual orientation, because they did not choose to engage in these encounters.

4. Myth: An erection is consent.

Just as a female victim may experience vaginal lubrication during an assault, a series of interviews with male victims concluded that "male sex response can occur in a variety of emotional states, including anger and terror.” Arousal nonconcordance — when someone's physiological response is not in line with what they want — is common in many situations including but not limited to sexual assault. If there is no consent, it is still assault, no matter what the victim's body is doing.

5. Myth: You were only raped if you were penetrated without consent.

The legal definition of rape also includes being "made to penetrate." This awkward language reflects our culture's formulation of sex as something a man does to a woman rather than an equal exchange in which both parties can be active: Because women are considered the passive participants, they are literally put in the passive voice as "being penetrated," rather than given an active verb like "enveloping" or "engulfing" that allows them to be the subject, not just the object, of a sentence describing a sexual encounter. This line of thinking makes it hard to even imagine a woman being a perpetrator. But whatever you call an assault in which the victim is not penetrated, it's still assault.

6. Myth: Being sexually assaulted is a sign of weakness.

Victim-blaming is a common response to rape regardless of who the victim is, but men in particular may feel they should have been strong enough to fight off their perpetrator. However, because of the shock and trauma involved in a sexual assault, many victims are understandably afraid or incapable of stopping it. Whether they used physical or psychological coercion, the perpetrator is still at fault. These myths contribute to the lack of resources in place for male victims, and challenging them is necessary for more centers like the Södersjukhuset hospital's to offer all victims the help they direly need.