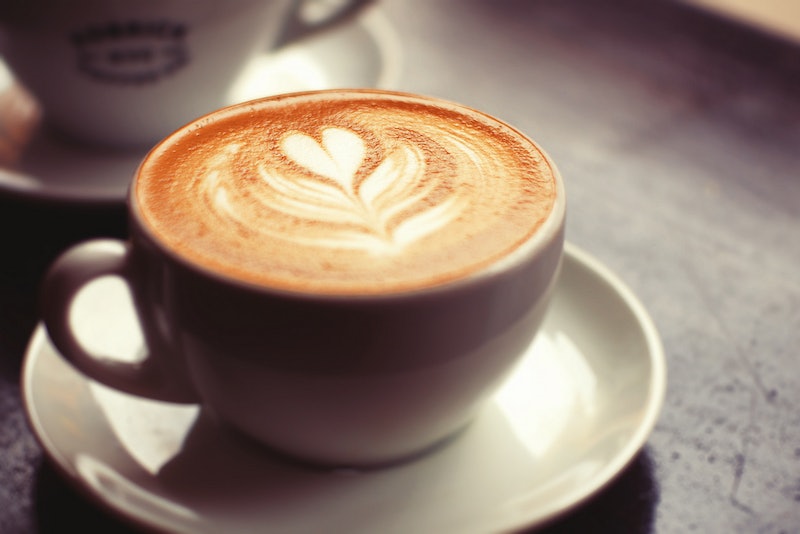 For all the coffee-loving New Yorkers out there, Pop Chart Labs is now selling a "Commendable Caffeineries of New York City" map labeled with the best cafes the Big Apple has to offer. The poster, which you can hang up in your apartment and never need to Yelp cafes ever again, is available online for preorder for $29 (shipping begins Tuesday, so it's unfortunately a little late for a Father's Day gift). If you don't feel like buying it, though, the Pop Chart Labs website contains an image of the map that lets you zoom in to check out the caffeine selection in your favorite neighborhoods.

If you don't even want to bother with that, though, I've done some of the work for you below by identifying seven must-try coffee shops in New York. There's an overwhelming number of neighborhoods in Manhattan, not to mention within the giant beast that is Brooklyn, but I've tried to cover a few main ones. Okay, to be honest, I used the map for inspiration, but this is mostly just my opinion of coffee shops in New York City that happen to be pictured there. I've been to all these places, and in my humble opinion, you should try them too. Here they are, broken down by neighborhood:

This cafe/bar's name stands for "Downtown Uptown" because it brings the trendy vibe of downtown establishments, well, uptown. The decor resembles the interior of an antique shop, and the furniture makes visitors feel like they're in someone's living room (a rare experience given New York City's apartment selection). DTUT is situated in the down-to-earth Upper East Side neighborhood of Yorkville between the 86th Street 4, 5, 6 station and the 96th Street 6 station. Sit on one of its couches and read with a cup of tea in the afternoon, grab a $5 glass of wine during happy hour, or bring a group of friends so you can take advantage of their s'mores and fondue platters in the evening.

Don't let the name fool you; Van Leeuwen sells hot as well as cold delicacies, though its most distinctive product is its ice cream, which comes in flavors including Earl Grey Tea, Gianduja (a delicious chocolate hazelnut combination), and a number of vegan selections. And for the best of both worlds, one of its menu items is "vanilla ice cream 'drowned' in espresso" for a melty but delicious mess.

Though known for its coffee, which it also sells by the bag, the best part of Blue Bottle is its caramelized Belgian waffles. Make sure to ask for one heated up. And if by chance you end up in San Francisco or L.A., you won't have to go through withdrawal from your Blue Bottle addiction; it has plenty of locations on the West Coast as well.

Hungry Ghost is a great place for not just coffee but also lunch, with unique sandwich combinations like "ham, Brie, mango chutney, and garam masala mustard" and "tarragon chicken salad with toasted almonds and cranberries."

In addition, here are a few places I think the Commendable Caffeineries of New York City map left out:

Coffee addicts and bubble tea fans can unite at this midtown cafe with modern decor, couches, chocolate almond croissants ,and other delicious pastries, and every flavor of milk tea you can imagine.

In addition to this adorable front, Cafe Lalo has an equally unique menu, serving breakfast dishes inspired by the staples of different countries, plus a generous assortment of cakes, cheeses, cocktails, and, of course, caffeinated beverages.

The outdoor patio behind this discreet below-street-level cafe offers a refuge from the hustle and bustle of Broadway. And, as you can see, it's got some exciting new pastries in store for its customers. I'd definitely bite one or more of the limbs off that almond sponge cake bear.