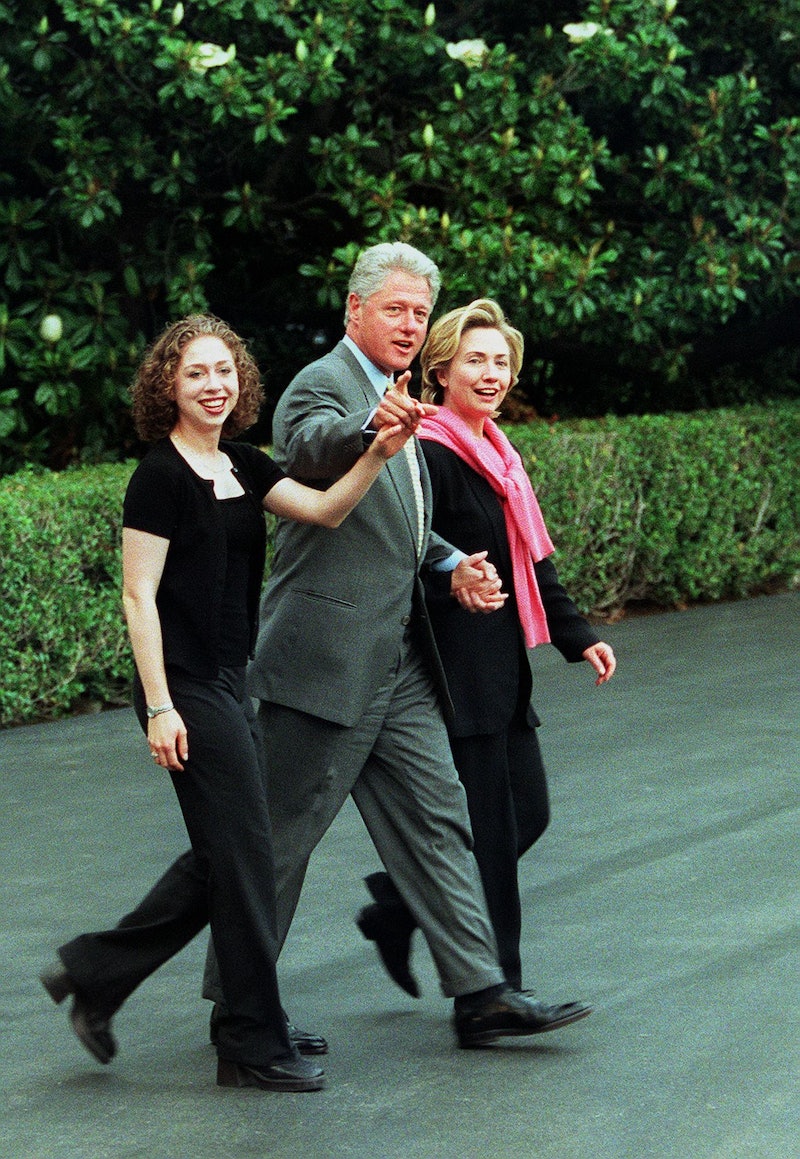 Sunday marks Father's Day — that single day of the year when we all get to take some time to celebrate dads, step-dads, and any other father figure who has been there for us in our lives. My own dad was always there with hilarious jokes and songs he actually wrote for us, and my stepdad taught me the rules of football and took me on long bike rides. Some of the more famous dads throughout American history have been presidents, and as it turns out, some of our U.S. presidents (despite perhaps making some questionable political decisions) have been pretty great dads. Throughout the decades, presidents have said some very sweet things about fatherhood.

The majority of U.S. presidents have also been dads, which must be a significant challenge for the whole family. Like all families, the first families deal with ups and downs, but for the most part it seems like these six presidential papas have really tried to be there for their kids. We'll certainly have our opinions about their political ventures, but you still might want to grab some tissues before reading what these presidents have had to say about being a dad.

Obama wrote this in his book, The Audacity of Hope. I hope that Sasha and Malia give their dad the coolest tie ever this Sunday.

As long as you’re in this house, being president is my second most important job.

At an award ceremony where he received the Best Father of the Year Award from The National Father's Day Committee for Best Father, Clinton told the audience that he once said this to Chelsea when she was in high school. What a guy.

I have found the best way to give advice to your children is to find out what they want and then advise them to do it.

Oh, Harry Truman, always quick with the joke. The 33rd president clearly understood that children have wills of their own, and as a parent of an only child, he probably saw it best to just let her do her own thing from time to time. Thanks, dad!

I think the most important priority for a dad is to be a dad. In my case, I might have been slightly self-absorbed at times, but when I became a dad, I only had one real job and that was to provide for these little girls.

George W. Bush, after winning a separate Father of the Year award, gave a speech where he confessed that he had once struggled a great deal with drinking, and that becoming a dad made him want to get sober.

My father taught me to work, but not to love it. I never did like to work, and I don't deny it. I'd rather read, tell stories, crack jokes, talk, laugh — anything but work.

It sounds to me like Abraham Lincoln's dad was not like a regular dad, he was a cool dad.

I had my chance, and now just get out of the way and be there as a father, and sometimes, Jim, it’s not easy, but I’m so much in agreement with what the president’s doing and has done, it’s not as difficult as you might think.

George W. Bush and his dad, George H. W., had a famously tense relationship for many years. In an interview about his son's presidency, Bush Sr. was very supportive of Jr., and admitted that being father isn't always easy.