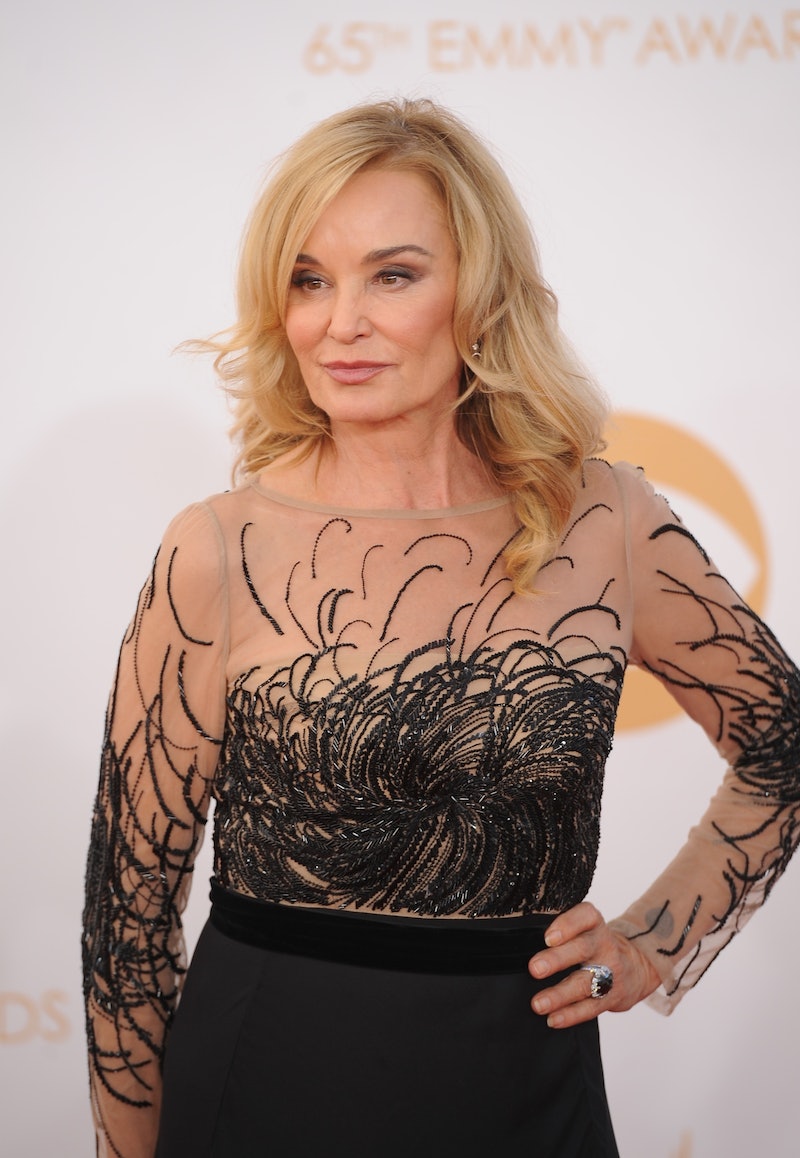 Hotel will be the first season of American Horror Story without its main star, Jessica Lange... supposedly. Though it was officially announced that Lange was leaving American Horror Story, both she and series creator Ryan Murphy have recently talked about her return to the show and her interest in its latest incarnation American Horror Story: Hotel . While chatting with The Wrap, Lange said, "If Ryan came to me and said, ‘Would you want to do a small character for a couple episodes?’ I would absolutely say yes if I liked it...This was a great collaboration, so I would love to keep working with him.” Wouldn't we all love that?

Murphy appears to feel the exact same way as Lange about her future involvement. Murphy shared in an interview with Deadline that he and Lange discuss her returning to AHS quite openly:

Well, all I can say about that, never say never with Jessica. I think if I came up with something extraordinary for her, if I could come up with a great character, she's all about that, and she's told me that, if you have something great after I sort of get my rest, then let's keep talking, so I'll do that.

Though it's nothing official, it's clear that both Jessica Lange and Ryan Murphy aren't really done with the Lange era of American Horror Story. If she does make an appearance on Hotel, here are some characters she could play:

She comes in for just one episode and completely turns the place upside down. She could really set fire to Lady Gaga's love triangle plot. She checks in, but no one else checks out.

An Homage to Pyscho

Perhaps she will play a small role as the mother to the deranged hotel manager who lives more in the imagination than in reality.

Though it's not quite as elaborate as a Lange character is, she may poke her head in one episode for a small cameo. Perhaps as a member of the hotel cleaning staff, she places a dubious mint on the pillow and gives a knowing wink to the fans.

The show might also give nods to other famou creepy hotels and like The Shining, its guests will have some seriously frightening hallucinations. She could be the all-knowing bartender, or the piano-playing dame.

The Outsider Looking In

Lange is always the big baddie in AHS. Since she left and then hinted at a return, perhaps she can come back with a new flare. She may even be the person getting haunted, rather than doing the haunting. Or, since this season is as Murphy claims, "Straight horror this year," she could be the outsider who witnesses something — you know the classic house guest/ journalist/cop role every horror movie has.

More like this
Yes, Joseph Quinn Is Actually Playing The Guitar In This Epic 'Stranger Things' Scene
By Alyssa Lapid
Vecna Officially Has A Fan In 'Stranger Things' Star Jamie Campbell Bower
By Alyssa Lapid
Jurnee Smollett’s Heart Is Healing
By Rebecca Carroll
Lizzo Proved She’s Team Jeremiah During Her ‘The Summer I Turned Pretty’ Review
By Grace Wehniainen
Get Even More From Bustle — Sign Up For The Newsletter