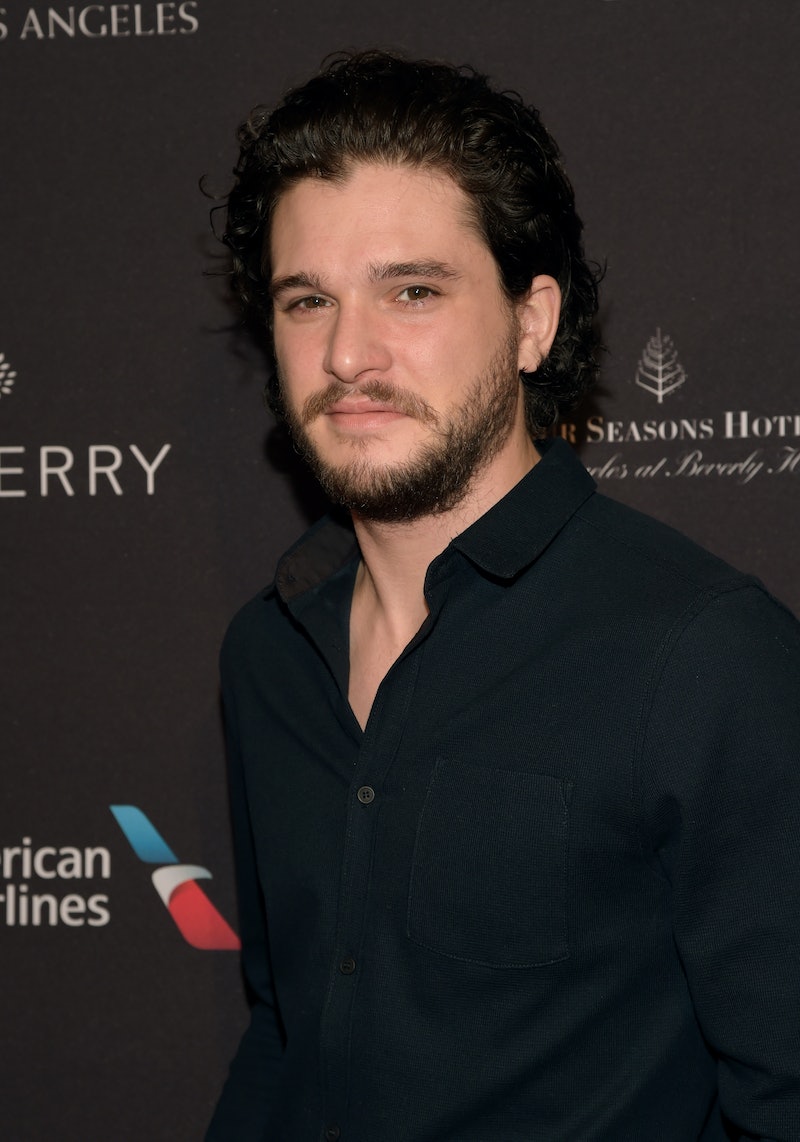 Hear ye, hear ye, Game of Thrones fans, Jon Snow is back on HBO... sort of. Kit Harington, who play(ed?) Game of Thrones' most beloved character Jon Snow, is coming back to HBO for 7 Days in Hell. Despite its vicious-sounding name, HBO's 7 Days in Hell is actually a comedy. Harington stars alongside Andy Samberg in a made for television movie about the world's longest ever (fake) tennis match. This faux documentary goes inside the week-long battle between Charles Poole (Harington) and Aaron Williams (Samberg) and their gruesome quest for victory that included a lot of sweat, tears, and poorly-chosen denim. The trailer was just released on Monday afternoon and the results are brutally hilarious.

Harington, whose face is alarmingly smooth, is as charming and British as ever in his first major foray into comedy. He's also twice as funny as Samberg with half the effort. (Sorry, Andy. Still love you though.) His delivery of the line," I don't know what the word 'strategy' means, Bryant Gumble," is Emmy-worthy, or at the very least, GIF-able (get to work on that, Tumblr).

As hilarious as Harington is in the clip, there are a bevvy of scene stealers including Serena Williams, Lena Dunham, Will Forte, and Soledad O'Brien. You can also get pumped for appearances by Michael Sheen, Fred Armisen, David Copperfield, Mary Steenburgen, John McEnroe, Karen Gillan, and June Squib as the bird-flipping Queen of England.

We may know nothing of the true fate of Jon Snow until Game of Thrones returns for Season 6, but at least we know we don't have to live in a world without Kit Harington on HBO.