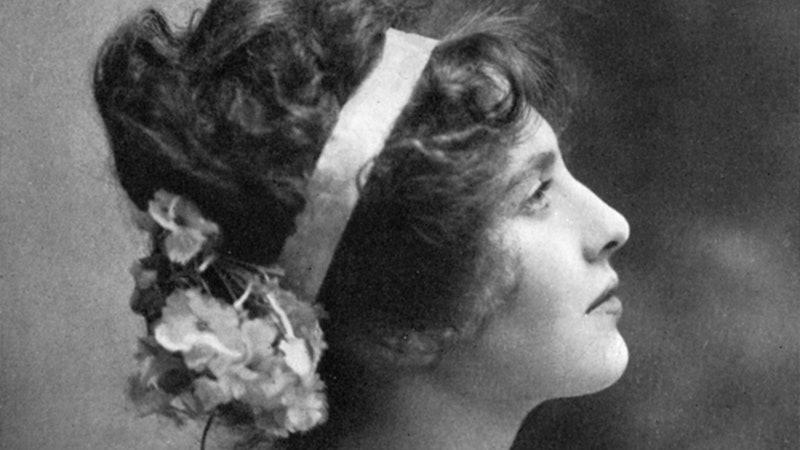 For just about as long as the human race has had hair, we've been coming up with accessories to adorn it with. The history of hair accessories spans a diverse range of styles on both women and men, from bobby pins to brightly colored beads and everything in between.

Though, at the moment, hair accessories are only just having a comeback with flower crowns and scrunchies, there have been times when we couldn't step outside without something in our strands. Whether we're pining over our childhood butterfly clips or trying out the latest trends in headbands, those accessories have a storied history full of intrigue.

Who can imagine hair without bows and ribbons, barrettes and pins, hair bands and scrunchies, headbands and hair wraps, or clips and beads? If there were nothing to put in our hair, we'd be stuck with our tresses falling in our faces — and a serious lack of style.

From the first known accessories in history of ancient cultures all over the world to the modern day pieces we find ourselves using, functionality and fashion have pretty much always been the main goals. Let's take a look at seven key pieces of hair garb that have brought us to where we are today.

These would most certainly be the precursor to our modern day hair elastics and the scrunchies of the '80s and '90s. Way back in the day (think ancient Europe in the Bronze Age) these rings or bands would be made out of solid gold or clay and lead plated with gold. A similar type of accessory was used in ancient Egypt made out of alabaster, pottery, or jasper. It's hard to imagine a circular band to hold your hair back that isn't flexible, but that was how it went until rubber and elastic fabric was invented. I'm pretty thankful I don't have to walk around with a heavy piece of material holding my hair back these days.

Though we typically think of hair bows and ribbons as accessories reserved for women and more specifically little girls, fabric used in the hair goes back to when it was especially popular in the 17th and 18th centuries in Europe and the Americas for both genders. Men's wig ponytails were often tied with a ribbon as seen in all those films set in colonial America.

Long and ornate hairpins with beads or ornaments hanging from them have been fashionable in many historical contexts. From ancient Roman times where elongated pins were often doubled as containers for perfume or poison to 17th century Japan where kanzashi pins were worn by fashionable ladies, hairpins have served as a way to keep hair tidy and as social status symbols. Eventually, hairpins morphed into what we'd call bobby pins. They first served as a way to keep hair constrained as it was improper for a women to have loose hair showing in Victorian times. They also served as a way to get the finger waves that were so popular in the '40s.

The more decorative derivative of the bobby pin, barrettes weren't used until the mid-19th century. I remember these were pretty popular in the '80s and '90s, too; my own mother used wear them when I was a kid.

This is another accessory that has its roots in ancient times. Mesopotamian men and women used headbands to keep their hair at bay. In the European Middle Ages, royal woman used metal headbands as a sort of crown. In the early 1800s, it was fashionable to copy the ancient Greek style of wearing headbands, but then hats became increasingly popular. It wasn't until the '20s that headbands starting appearing again, and they haven't really gone out of style since.

Decorative combs are also an accessory that date back to as early as the Stone Age. Many different cultures have used comb-like pieces to secure the hair in place. In more modern times, small hair combs were used as attached to small hat and head pieces in the '50s, and the popular "claw" clips or banana clips made popular in recent decades have their roots in these decorative combs.

Beads as a decorative way to adorn braids has long since been an African hair tradition. This look has continued to make its way into modern natural hair trends and styles in Western culture as well. Beads and jewels may not work as a functional way to keep hair fastened, but they continue to be a beloved adornment for hair as a fashion statement.