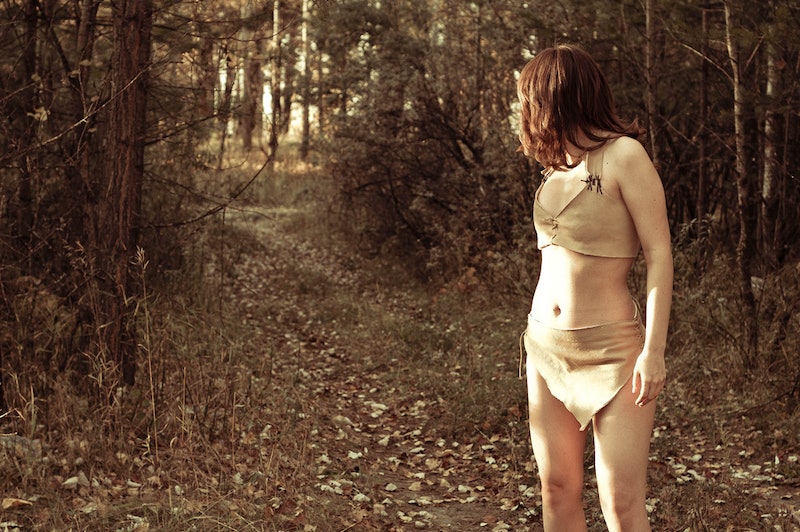 Although this might not be something you think about all the time, it's worth mentioning that there are some things in this world that have simply always been. And when thinking about ancient civilizations, it's clear to see that ancient underwear has always played an important role in our garments. In some ways, it's not that far off from what we're currently wearing. But in others, it's definitely different.

At the end of the day, the concept is pretty much the same. I mean, how different can the idea of covering up your private parts really be throughout time? Although the type of material has certainly changed and ideas about what's fashionable or desirable have fluctuated over the centuries, the basic form and function of underwear have remained largely the same.

Looking back through photos of different types of boob houses and knickers in history, I can definitely say that I appreciate our modern take on everything from basic boy shorts and t-shirt bras to more intricately designed lingerie. I'm certainly glad I never had to live during the ancient Roman empire, when women considered it normal to bind their breasts in a breast band (or strophium, as they called it), in order to achieve the "perfect" feminine ideal of small breasts and big hips.

After checking out the following types of ancient undergarments, you too might see there's plenty to appreciate about your Hanes and Fruit Of the Loom as well as the sexy Victoria's Secret panties you probably buy on occasion.

Dating back to the ancient Roman and even Egyptian civilizations, loincloths were regularly used by both men and women. The way in which to wear them, as pictured above, is quite a clever. By using a piece of cloth as an undergarment, you've basically got yourself an adult diaper, and I'm sure it would have gotten the job done.

I can't even imagine what it must have been like for the majority of womankind to be on her period without our modern day pads and tampons. (Like seriously, how did women cope for so many thousands of years?) Underwear would have likely been made from linen for a large part of history, and that may be why we don't have a ton of archeological proof of underwear from so far back. But artwork depicts loincloths on both genders during this time period.

Before we dismiss the Romans for their rudimentary underwear, there is evidence for leather bikini briefs likely made from goatskin, which were probably especially handy for menstruation. Women likely used rags to absorb menstrual blood and these leather panties would have been helpful in accommodating those rags. Who knew that thousands of years later, we'd be using leather in our (kinky) lingerie? I still can't imagine how annoying those leather panties would be in the hot Roman sun.

You could consider the strophium the ancient precursor to our modern sports bra. Also in ancient Greek and Roman times, women would be seen using this type of garment while they "worked out" or participated in athletic activities. Some women may have also kept these on during sex, which equally baffles me. I think it's safe to say most women today would agree that there's no better feeling than taking off your bra at the end of the day.

In 2008, an interesting find was made in Austria at Lengburg Castle, where lingerie that resembles a modern bra was discovered. It was previously believed that during much of the Medieval period of history, women didn't wear undergarments. But according to this find, at least some women did; and considering the garments were found in a castle, it's probably that ladies of nobility were the only ones able to acquire such pieces.

The "cups" were apparently called "bags" in some writings from the 1300s, which describe how women put their breasts in these bags every morning. It would appear from the discovery that women may have also worn something similar to modern day panties during this time as well.

Corsets were used from the 16th to 18th centuries to shape a woman's torso more than give her breast support, and they were a desired undergarment of many gals during this time. We use corsets in some fashion trends today, but I'm so thankful these are not as widely "expected" as they once were.