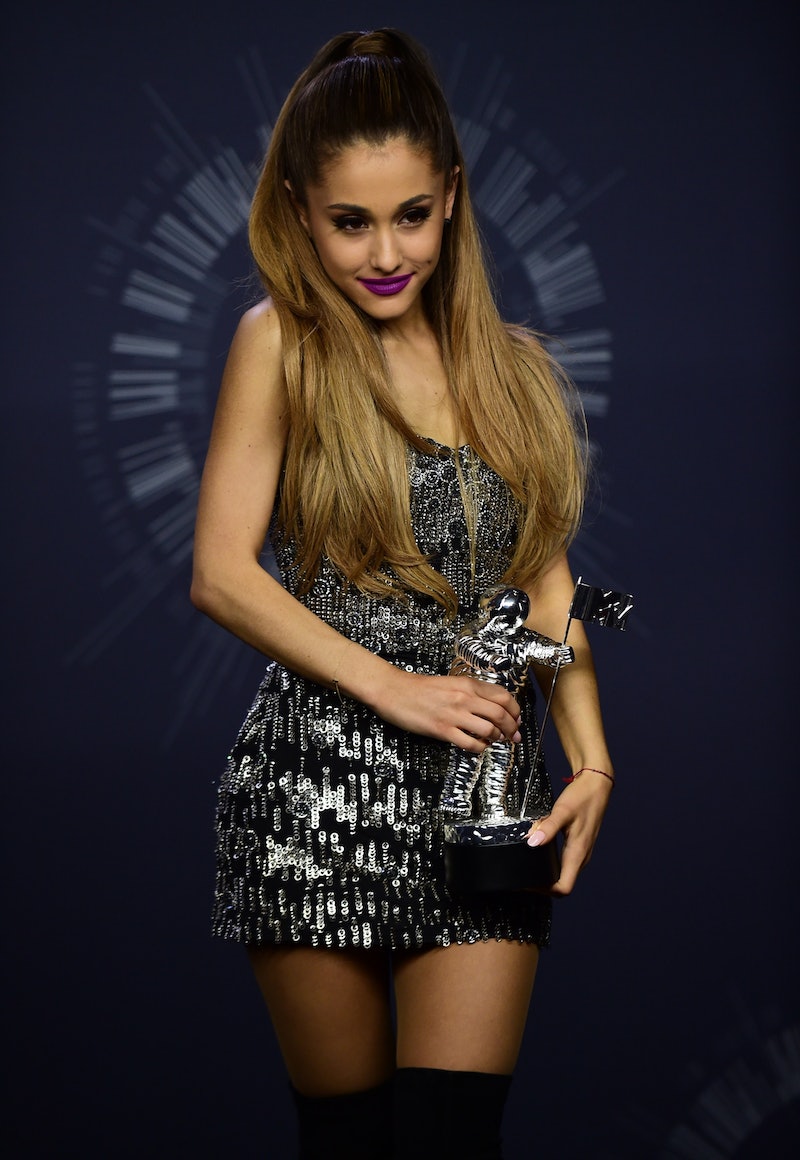 Ariana Grande's half-up, half-down hair plus her clingy dresses, super high heels, and oozing flirtiness: All of those elements make up Ariana Grande's style. The same could arguably be said for her fellow pop diva Christina Aguilera, who is several years older and in possession of the same head-turning, room-filling voice as Grande. So, has Ariana Grande gotten her entire style aesthetic by following Xtina's fashion playbook?

Granted, there aren't a ton of completely literal copies when it comes to Ari's outfits and looks, but she is certainly inspired, heavily so, by many of the outfits the current The Voice coach wore back in her heyday. Grande takes elements of Aguilera's style and her clothes and modernizes them for the right now. It's Aristina!

Both Grande and Aguilera favor skintight, sexy dresses with short hems. Both are fans of major heels over flats. The higher, the better, and with all sorts of outfits, too.

Let's peep 10 times that Ariana Grande has copied Christina Aguilera's style with her outfit, indirectly or not. You may not have noticed before, but once you scroll through these ensembles, you'll never be able to unsee.

Ari's dress may not have been high low, but it had a similar frilly and sparkly hemline. Same shoes, too!

The mother-of-two is often seen in sky-high, black heels.

The "Genie in a Bottle" singer was so elegant in a clingy, slightly ruched white frock.

The "Break Free" singer was so elegant in a clingy, slightly ruched, beige frock.

Fabulous. While the chicken or egg argument can apply here, this ruby red, satin, and belted strapless dress...

...was a style once worn by Ariana!

The Voice coach often performs in glittery body suits and sexafied boots as her stage costumes.

Ariana, who has a similar huge voice, does the same. Divas gotta be sexy, yo!

Skinny jeans are usually worn with the highest of heels for Britney Spears' former rival.

Xtina has often done a half-up, half-down do.

We all know Ariana Grande's hair is her crowning glory!

What a girlish pose!

What a girlish pose!

See the similarities? I'm waiting for the duet. Glass will shatter.