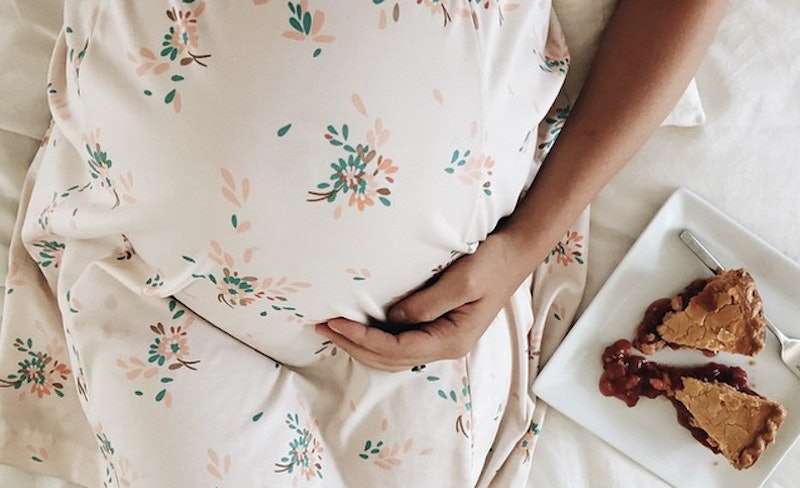 If you've ever been told that eating bread crusts will make your hair go curly, or to starve a fever and feed a cold, you've been subjected to an old wives' tale — which is a faintly derogatory phrase for folk wisdom passed down through families. The "old wives" part possibly comes from how for centuries, medical knowledge, particularly concerning minor ailments, pregnancy, and birth, would have been the purview of housewives and wise women. And while many of them turned out to be false, we're now discovering that some of these old wives' tales are actually true.

In a way, it's not really surprising. "Herbals," or catalogs of plants describing their medical uses, have been in use for centuries in Europe, and often quote local wisdom about the uses of plants for remedies. Professional medicine only became separate from amateurs very recently. Up until the 19th century, barbers were known as barber-surgeons, and both cut hair and performed major surgery. Old wives were the source of a lot of knowledge — aspirin was developed because somebody paid attention to the "folk remedy" of eating willow bark for pain relief.

The big one that everybody knows — that chicken soup really does help with a cold — is just the tip of the iceberg. No, chocolate does not cause pimples, and going out with your hair wet will not give you the sneezes, but there's plenty more local knowledge that's based in solid, scientific fact.

1. A Long Labor Possibly Does Mean A Boy

Most myths about birth and pregnancy are complete nonsense. You cannot tell if you're having a boy or a girl by the side of your breasts, how high the baby is lying, or whether you're farting a lot (I made that last one up). But one old wives' tale about birth apparently holds true: A baby who causes a long and intense labor rather than coming out easily is in fact, according to a survey in the Maternity Hospital in Dublin, more likely to be a boy.

The study of over 8,000 births found a direct correlation between baby gender and length of labor. One apparent reason is that boys, while they're not necessarily bigger, are often born with larger heads than girls, meaning that they're more likely to require help or get stuck during delivery.

Heat + sperm = bad idea. I know this for a fact — my mother had my dad's sperm tested once (don't ask), and to waste some time before taking it to the testing facility, she went shopping in 100-degree heat. The tests, unsurprisingly, came back showing 100 percent dead sperm, and the doctors were very puzzled until my mom confessed to her shopping trip. But the old wives' tale about sperm having a hard time in hot baths specifically has turned out to be true.

A University of California study back in 2007 surveyed men who regularly spent 30 minutes or more in hot water per week, and found that their fertility levels were rock-bottom. Getting them to give up the hot water, however, led their sperm production to skyrocket — their levels went up 461 percent after three to six months.

3. Carrots Really Do Help Your Vision

Carrots do have a relationship with good eyesight, but it's not as simple as cramming yourself with as many as possible and waiting for 20/20 vision. Carrots include beta-carotene, which helps produce vitamin A, a key ingredient in a healthy, functioning eye. But vitamin A is useful for maintaining eye health, avoiding cataracts, and slightly improving night vision — not for suddenly becoming a cat.

Interestingly, this tale didn't exactly come from old wives at all. Scientific American reports that it was made up by the UK Ministry of Food during World War II to explain the highly successful night missions made by British pilots (which were actually thanks to some sophisticated new technology the government didn't want to make public).

The link between omega-3s and oily fish is actually fairly well-known now, and it's almost been forgotten that it was once considered an old wives' tale that fish is "brain food." The fatty acids, such as omega-3s, in fish are thought to improve the conductivity between brain cells, raising brain performance. And a study in 2014 showed that people with fish as a regular menu staple increased the volume of their brains. It's literally a neuron body-builder.

5. Cheese Could Give You Weird Dreams

"Cheese dreams" — the idea that eating cheese or dairy before bedtime will give you bizarre nightmares — are largely thought to be a myth. But a bewildering study by the British Cheese Board claims to have proven that they're real. The board surveyed 200 volunteers who ate a variety of cheeses before bedtime, and reported that most of them recorded peculiar dreams the day afterward.

Frankly, this may just say a lot about the sort of person who volunteers for a study at the British Cheese Board. More research is needed.

6. Heartburn In Pregnancy May Well Mean A Hairy Baby

This is just bonkers, and we have no genuine explanation for it. It seems that pregnant women who suffer heartburn are much more likely to give birth to a hairy baby. What's even funnier? The study that confirmed it, at Johns Hopkins Hospital in Baltimore, had set out to disprove it.

Heartburn and hairiness on newborns might not be as strange bedfellows as they seem. The scientists behind the study, once they got over their surprise, theorized that it might be down to pregnancy hormones. Higher levels would both prompt lots of hair growth and relax esophagus muscles, causing gastric reflux.

Adding honey and lemon to your tea when you've got the cough from hell is now officially a scientific bonus, not just what your grandmother once advised. A study showed that children with upper respiratory infections were more likely to get better if given spoonfuls of honey than they were if dosed with a common cough-and-cold medication.

The reason? Honey is a demulcent, meaning that it forms a mucous membrane that soothes the irritation in an infected area. Honey is also antibacterial; it was used in ancient history to heal wounds and reduce infection. A spoonful of sugar? So outmoded.

Did you also believe crazy sexy stories as a kid? Watch us debunk our favorite sex myths right here (and subscribe to Bustle on YouTube for more hilarious videos):