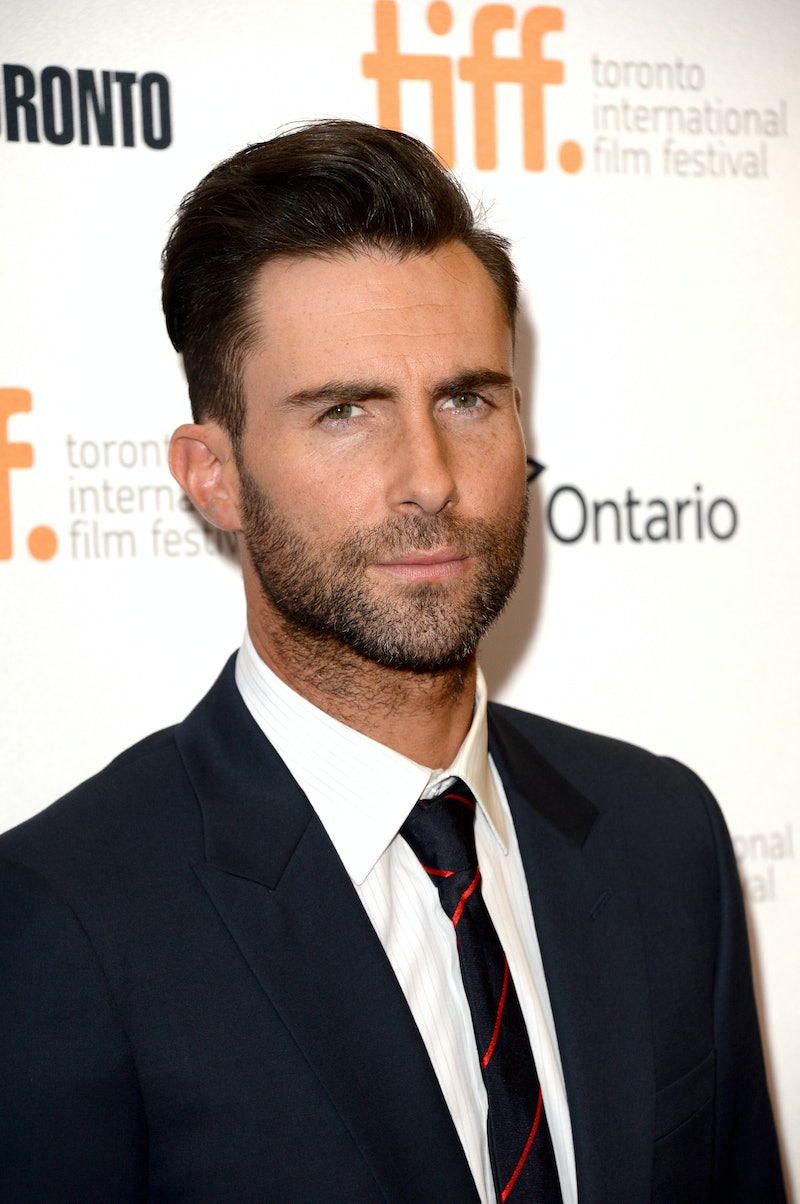 It shouldn't come as a shock to anyone that People magazine chose to proclaim Adam Levine 2013's Sexiest Man Alive, considering that the news that The Voice coach was going to be the mag's cover star was leaked last weekend. Whether you love him, hate him, or just wish he was Ryan Gosling, there's no denying that Levine fits the standard mold for Sexiest Man Alive — good-looking, talented, and charming. There is one thing setting him apart from the rest of the pack, though; Levine, unlike any Sexiest Men Alive of years past, is Jewish.

This may not seem like a big deal at first, considering that 99.9 percent of Hollywood is Jewish (that may be a bit of an exaggeration, but you get the point). Many major celebrities identify as Jewish, including Natalie Portman, James Franco, Jake Gyllenhaal, and, yes, Levine. Yet in the 28 years that People magazine has been naming male celebrities its Sexiest Men Alive, it's never had a Jewish cover star for the annual issue — until now.

Levine's honor marks a milestone for the Jewish community, even for those of us (ahem: me) who don't think he deserved the title. It's hard to believe that it's taken People this long to name a Jew its Sexiest Man, considering that there are a ridiculous amount of attractive Jewish men in Hollywood (see: this list. you're welcome.) More importantly, picking Levine marks a break from the magazine's tradition, which, for 28 years, has been to choose a white Christian or Catholic man for the title. Just look at the last few Sexiest Men:

And the list goes on. We're not saying those are bad choices, of course (can anyone disagree with Tatum being Sexiest Man Alive?), but they are strikingly similar. In all of People's Sexiest Man Alive history, only one man, other than Levine, stood out from the pack — Denzel Washington in '96. Picking Washington, the first and only African-American Sexiest Man Alive, for the cover was a groundbreaking choice, as much as what guy People magazine picks as Sexiest Man Alive can be called groundbreaking. Yet in all the years since Washington's honor, the magazine hasn't featured another man of color or non-majority religion. Now that People's picked the Jewish Levine, though, maybe things are starting to change.

Let's hope they do. There are many, many sexy men of color and religions and ethnicities, and surely, People can find a few of them to highlight. Besides, it's not like the magazine is incapable of choosing non-white/Christian cover stars; for their annual "Most Beautiful" issue, which mostly feature women on the covers, several picks have been of various racial and ethnic backgrounds. There was Halle Berry in '03, Jennifer Lopez in '11, Beyonce in '12; while the vast majority of People's Most Beautiful covers have belonged to white, blonde women, the magazine has been much better in this category about honoring a diverse range of individuals.

So while Levine's choice isn't great for a lot of reasons (seriously. Gosling. We won't get over this snub.), it is an important one. Hopefully, the singer will be the first of many non-traditional stars People chooses for its annual spotlight. Is it too early to recommend Taye Diggs for 2014?

(Harrison Ford was People's Sexiest Man Alive in 1998 and though he has Jewish ancestry, Levine is the first person who considers himself Jewish to get the title.)