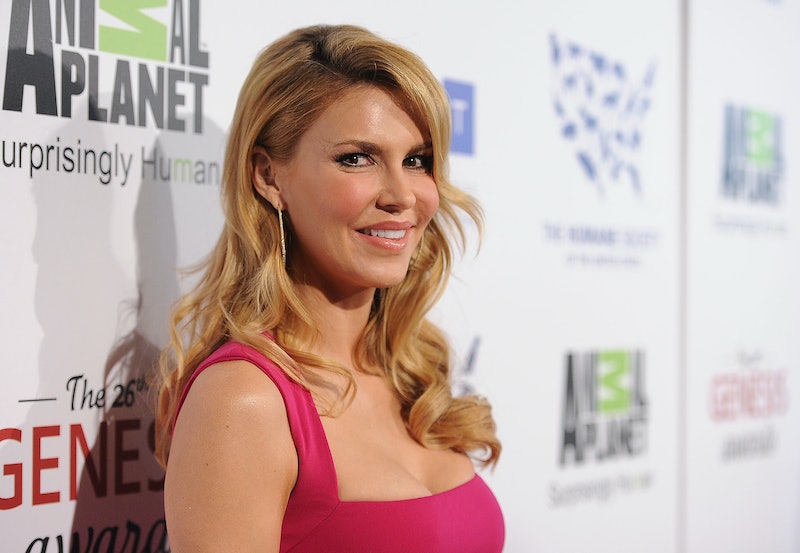 The latest casting shakeup on Bravo’s The Real Housewives of Beverly Hills is a tough one, guys: Days after rumors surfaced about her possible departure, Brandi Glanville confirmed she is leaving RHOBH for presumably greener entertainment pastures. On Wednesday, the 42-year-old reality star made the announcement during an episode of her podcast Brandi Glanville: Unfiltered. "After a lot of careful thought and deliberation, I have decided not to return to the Real Housewives of Beverly Hills," Glanville said. "I mean, they've been awesome. And Bravo will always be my family. Like Andy [Cohen] said, 'It's the mafia, you never really get to leave us.'" Regardless of Glanville's divisive nature, her absence will leave a huge void in the show — and if producers plan to find a replacement for her, it's going to take a major force of nature to bring the same level of drama she was able to bring to the series.

On the off chance that Bravo hasn’t already vetted a new housewife for next season, I’ve taken the liberty of compiling a list of Glanville’s most memorable characteristics that a potential up-and-coming Bravo-lebrity absolutely must possess if she stands any chance at taking Glanville's spot as the main reason to watch RHOBH:

Glanville's replacement needs to be someone who tells it like it is with no regard for timing or hurt feelings.

The Ability To Fight With Every Single Housewife, Even The Ones In Other Cities

Glanville being sued by other cast members takes it a step too far, but her replacement definitely shouldn't limit her feuding to just Beverly Hills housewives.

Someone Who Calls Out The Other Housewives

Glanville had a no filter approach when it came to calling out the other housewives' BS, so the new wife should also be prepared to get down and dirty with it.

Someone Who Brings The Booze

Note: Throwing said booze in someone's face isn't a requirement for the new housewife, but a definite plus.

Someone Who Lives To Challenge Kyle Richards

In the battle between these two ladies, I mostly sided with Richards — but Glanville's below-the-belt barbs made their disagreements some of the most epic fights in Housewives history.

Someone Who Brings Backup To Events

Because you never know when it's about to go down.

Someone With No Problem Cursing On Camera

Glanville used cursing as a tool to punctuate the frequent verbal punches she delivered to her cast mates — so whoever takes her place must also be well-acquainted with colorful language.

No doubt that Glanville's tall stilettos are tough ones to fill, but I'm sure Bravo will find the best applicant for the job if Glanville is to be replaced.